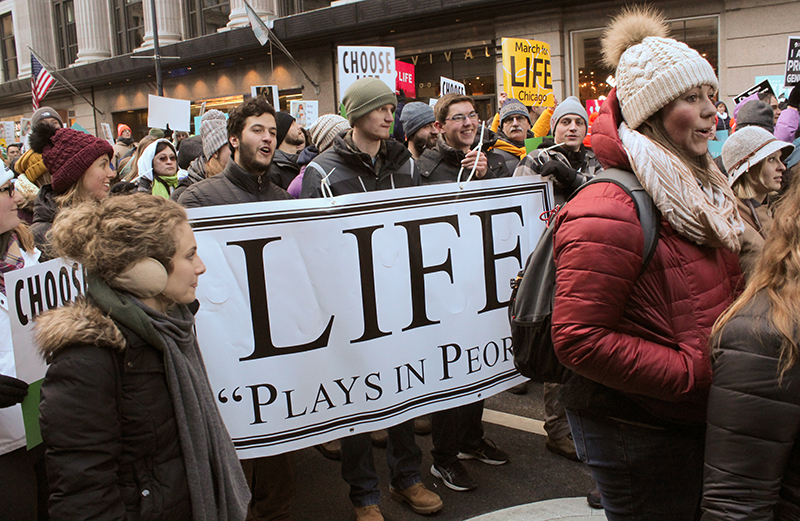 Jacob Hopper, Kevin Ellis, Sam Menacher and Chase Stevens of the St. John Paul II Catholic Newman Center in Normal carry the banner for the Diocese of Peoria during March for Life Chicago on Jan. 13. It says, “Life Plays in Peoria.” (The Catholic Post/Jennifer Willems)

CHICAGO — Respect life advocates of all ages proved that it takes more than a snow storm to keep them from standing up for the unborn when they gathered for March for Life Chicago last Sunday. The enthusiastic rally in Federal Plaza and walk through downtown Chicago proceeded, despite the storm on Jan. 12 that […] 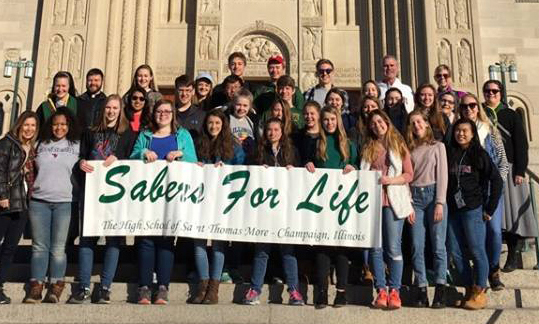 Whether they got there by bus or by air, the nearly 250 high school students from the Diocese of Peoria were in Washington, D.C., on Jan. 19 to walk. And pray. “I wanted to go on the March for Life in order to stand up for the dignity of each and every human life, both […]

BLOOMINGTON — Central Catholic High School has been named a National Blue Ribbon School by the U.S. Department of Education. The announcement was made on Sept. 28 by Secretary of Education Betsy DeVos. One of 50 private schools nominated for the distinction by the Council for American Private Education, Central Catholic was the only Catholic […]

BLOOMINGTON — Central Catholic High School’s Joey Malinowski makes a lot of tackles on the football field, but his biggest target knows no season. Joey is doing his part to bring down childhood cancer. For his creativity, drive, and compassion in becoming a leader in the “Kick-It” fundraising campaign for childhood cancer research, the Central […]