It was a glorious summer day. The lunch hour crowd that gathered in the downtown courthouse plaza was bathed in sunshine, as were the cascades of blooming flowers and the fountains with waters so remarkably blue one wondered if they had been artificially colored. They had not. The tall surrounding buildings seemed to pierce the […] 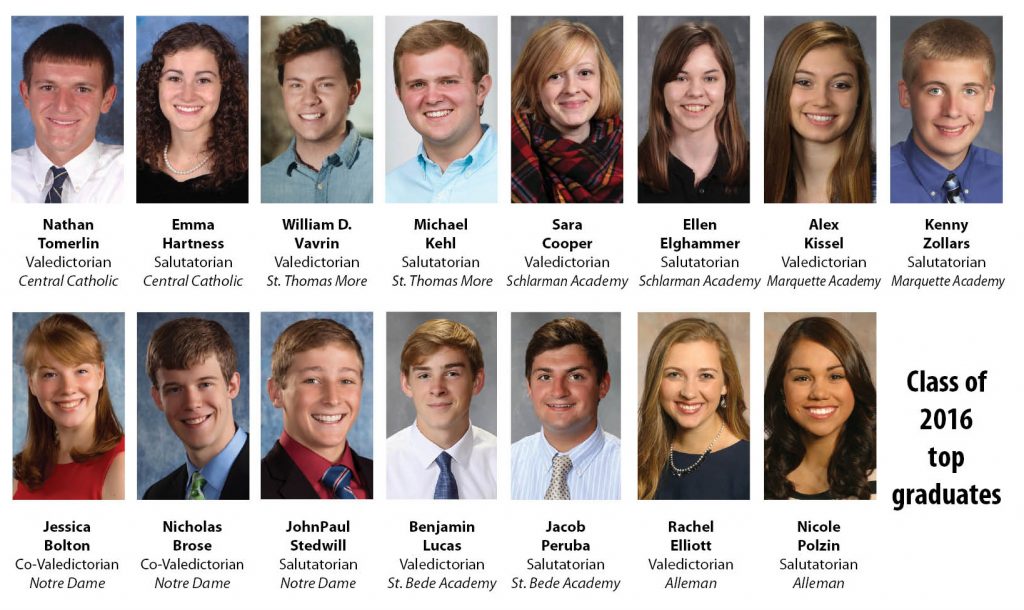 EDITOR’S NOTE:  Following are brief biographies of the valedictorians and salutatorians at the Catholic high schools and academies in the Diocese of Peoria. We congratulate them and all graduates. We invited the top students to answer two questions: 1) “How would you describe the advantages of attending a Catholic high school?,” and 2) “Name one […] 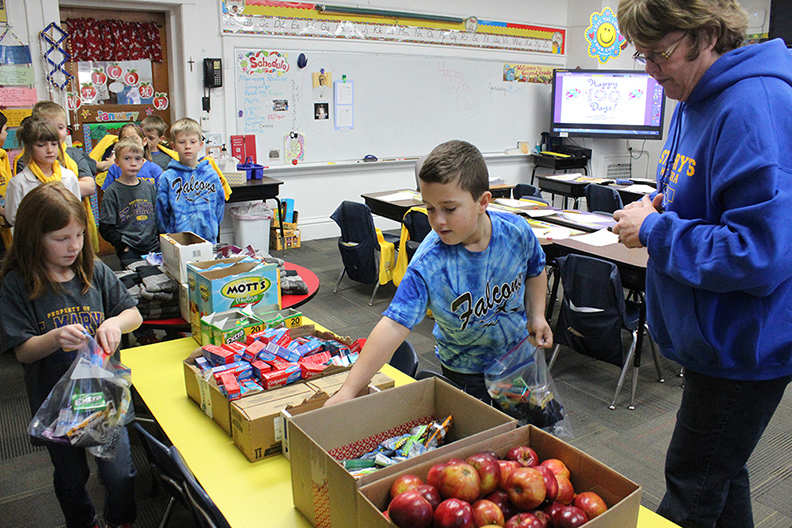 Joyce Heiple of St. Mary School in Metamora guides Ben Cronkhite and Anna Schmitz is assembling "blessing bags" of bottled water, socks, snacks, a toothbrush and toothpaste, and an apple for the people served at Sophia's Kitchen in Peoria. The "blessing bags" were delivered by the eighth-graders at the beginning of Catholic Schools Week. (The Catholic Post/Jennifer Willems)

METAMORA — What words would you use to describe “mercy” to a child? “I told them when I think of mercy I think of love, caring, kindness, forgiveness. Those are words they can understand,” said Joyce Heiple, the second grade teacher at St. Mary School in Metamora. It was important for them to understand that […]

ROCK ISLAND — Counseling at Alleman High School changed when Lynn VanDeHeede became the director of the department 11 years ago. A teacher who enjoyed her time in the classroom, she didn’t want to be isolated from the students or see them only when something got serious enough to require intervention. With Kathy Miller […]

WASHINGTON — If Father Stephen Willard had his way, every child would receive a Catholic school education, and ability to pay should not be an obstacle, according to the Diocese of Peoria’s Distinguished School Pastor for 2015-16. “People are very generous in the parishes. We have tuition assistance funds. Sometimes it might be difficult, but […]

Theology on Tap series set to open Feb. 4 in Monmouth

MONMOUTH — The consecrated life, mercy, and a journey from atheism to Catholicism will be topics when a new Theology on Tap series opens Feb. 4 and continues for two more Thursday evenings at Alfano’s Pizza, 206 S. Main St. Theology on Tap in the Monmouth area is an opportunity for adults of all ages […]