Respect Life observances begin; diocesan Mass for the Unborn to be offered Jan. 24 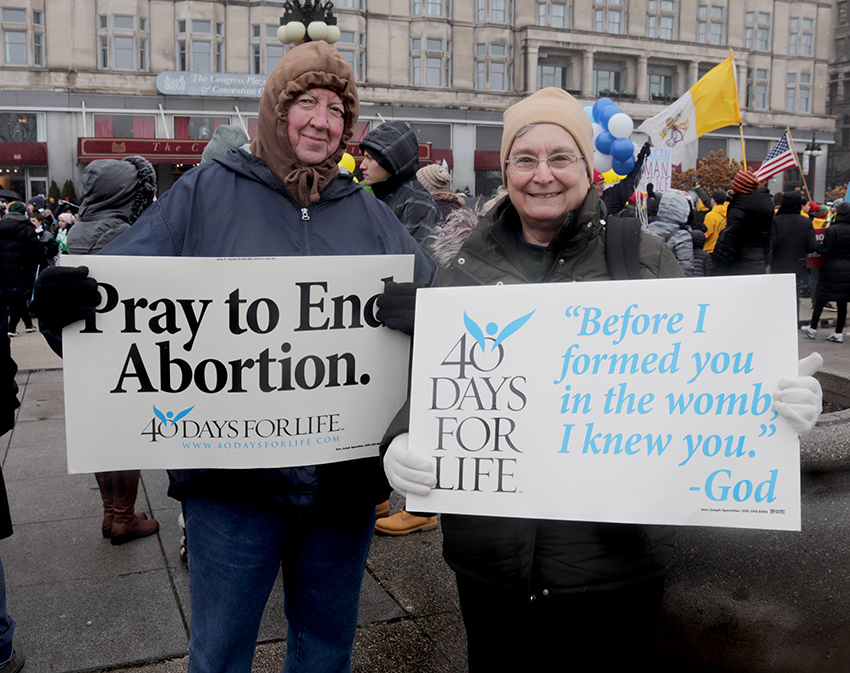 Longtime pro-life advocates Gary and Diane Spurgeon of Epiphany Parish in Normal are shown at March for Life Chicago on Jan. 11. Several events in the Diocese of Peoria this month will witness to the sanctity of human life as the 47th anniversary of the U.S. Supreme Court decisions that legalized abortion approach. (The Catholic Post/Jennifer Willems)

With walks for life in Pontiac and Chicago last Saturday, respect life advocates in central Illinois have started to witness to the sanctity of human life as the 47th anniversary of Supreme Court decisions that legalized abortion approach. In the United States, Jan. 22 is designated as a “Day of Prayer for the Legal Protection […]

SPRINGFIELD — Tears fill Shirley Buckner’s eyes when she talks about abortion, and her heart breaks at the thought of what happens to the unborn during the procedure that will stop theirs. “It’s so horrible. It’s horrible,” said Buckner, a member of St. Thomas Aquinas Parish in Mount Pulaski. “Such a beautiful life that’s snuffed […]

(Updated March 27) SPRINGFIELD — Legislators representing people from districts in the Dioceses of Belleville, Peoria, Rockford and Springfield received visits from hundreds of their constituents on March 20, who urged them to vote “no” on what is being called the most extreme abortion legislation ever introduced in Illinois. The Life Advocacy Day was sponsored […]

Three women have been appointed by Bishop Daniel R. Jenky, CSC, to lead departments in the Diocese of Peoria’s Curia overseeing evangelization and faith formation, Hispanic ministry, and respect life efforts. Shirley Plaag is the new Director of Evangelization and Faith Formation. A Peoria native and a 2009 graduate of Franciscan University of Steubenville with […] 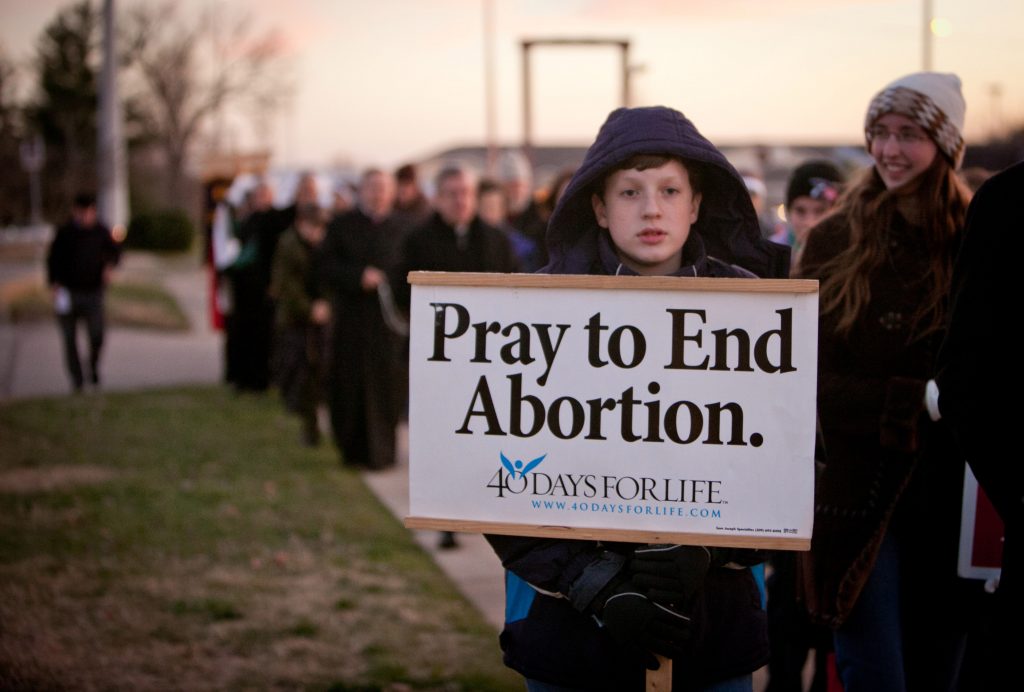 Johnny Berlinger holds a sign outside Peoria's abortion facility during a 40 Days for Life campaign in this Catholic Post file photo. The nationwide campaign of prayer, fasting, and peaceful vigils to end abortion will take place Sept. 28 to Nov. 6 in Champaign, Ottawa, Peoria, and the Quad Cities. (For The Catholic Post/Daryl Wilson)

EDITOR’S NOTE: October is Respect Life Month. Following is a round-up of several pro-life activities scheduled in the Diocese of Peoria in the coming days and weeks. PARTICIPANTS SOUGHT FOR AREA 40 DAYS FOR LIFE CAMPAIGNS Volunteers are being sought to take part in local observances of 40 Days for Life — a nationwide campaign […]