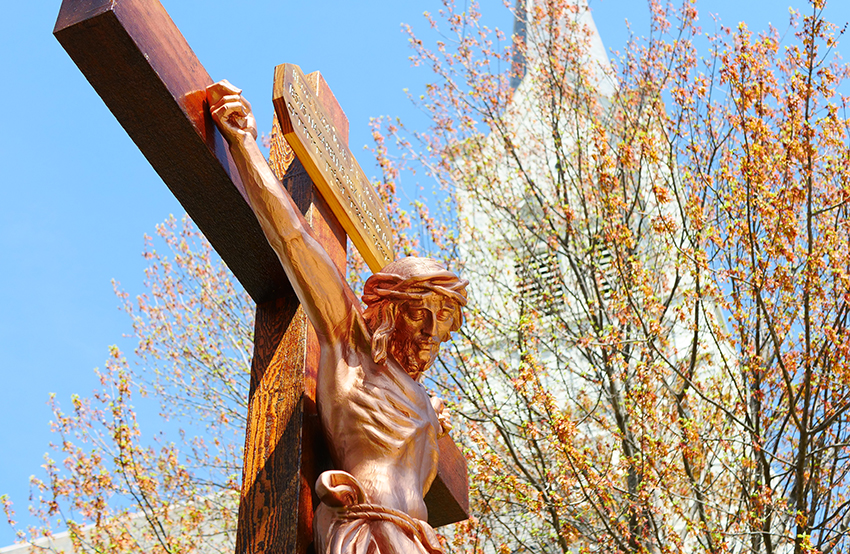 The steeple of St. Joseph Church in Peoria rises behind the new crucifix, made by Heritage Restoration and Design Studio and recently installed in front of Sophia's Kitchen. (Provided photo)

People who are homeless, unemployed and underemployed have found a kindred spirit waiting for them at Sophia’s Kitchen in Peoria. He’s the one on the crucifix in the parking lot at 103 S. Richard Pryor Place. Fully divine and fully human, Jesus knew what it was like to be in pain, said Father Jim Pankiewicz, […]

Say “pilgrimage” and people usually think of the Holy Land or Ireland or Spain. For students at St. Joseph School in Pekin, however, Peoria proved to be a wonderful destination when they celebrated their patron’s feast day on March 19. The entire student body — 131 students — boarded buses to travel to St. Joseph […] 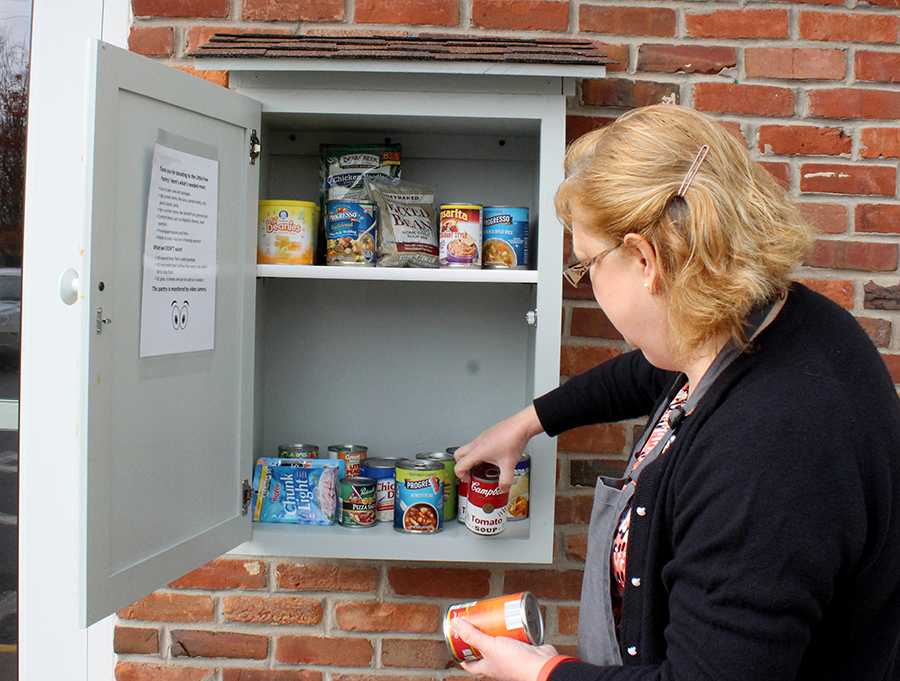 Claire Crone, director of Sophia's Kitchen in Peoria, restocks the new Little Free Pantry. People may take what they need at any time. (The Catholic Post/Jennifer Willems)

Providing a sack lunch and beverages five days a week isn’t enough at Sophia’s Kitchen in Peoria. Claire Crone director, said it is important to serve people in the way they need, not in the way that works best for the sandwich program. A survey of the patrons taken in June gave the staff and […]

More than 750 Sophia's Lenten Lunch Boxes were taken by Peoria-area Catholics and used to collect spare change and other sacrificial giving for Sophia's Kitchen.

Lenten sacrifices continue to bring Easter joy at Sophia’s Kitchen in Peoria. Before Lent began, people in the Heart of Peoria Catholic Community were invited to help feed the hungry at Sophia’s Kitchen by placing spare change or the price of a cup of gourmet coffee or nice meal into little catering boxes that were […] 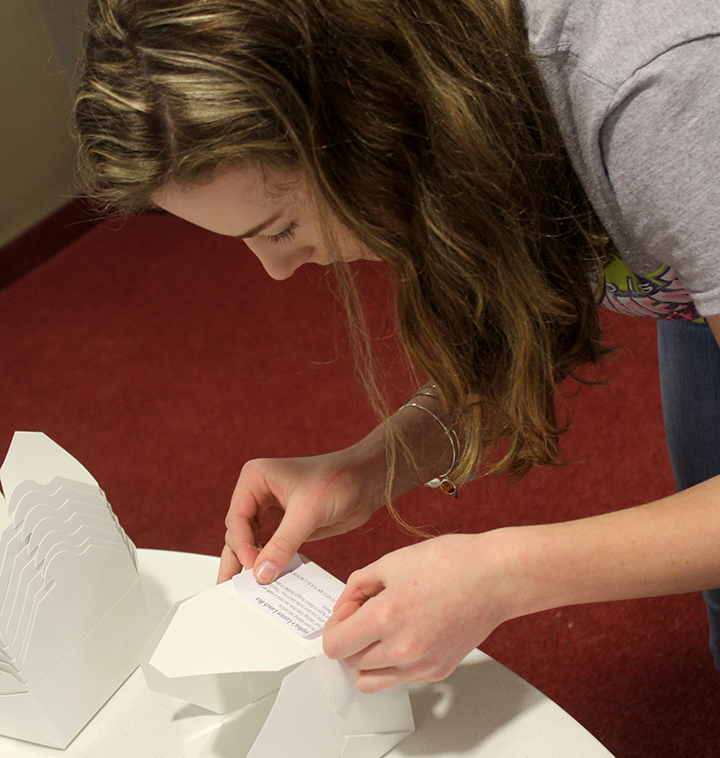