Services in Bloomington and Hancock County for Msgr. Gregory Ketcham, 50

BLOOMINGTON — A Mass of Christian Burial was offered at St. Patrick Church of Merna here on Monday for Msgr. Gregory Ketcham, 50, pastor emeritus who died at the parish rectory on Feb. 9, 2018 — 20 months after being diagnosed with brain cancer. “Grace flowed through him,” said Father James Seitz of Msgr. Ketcham, […] 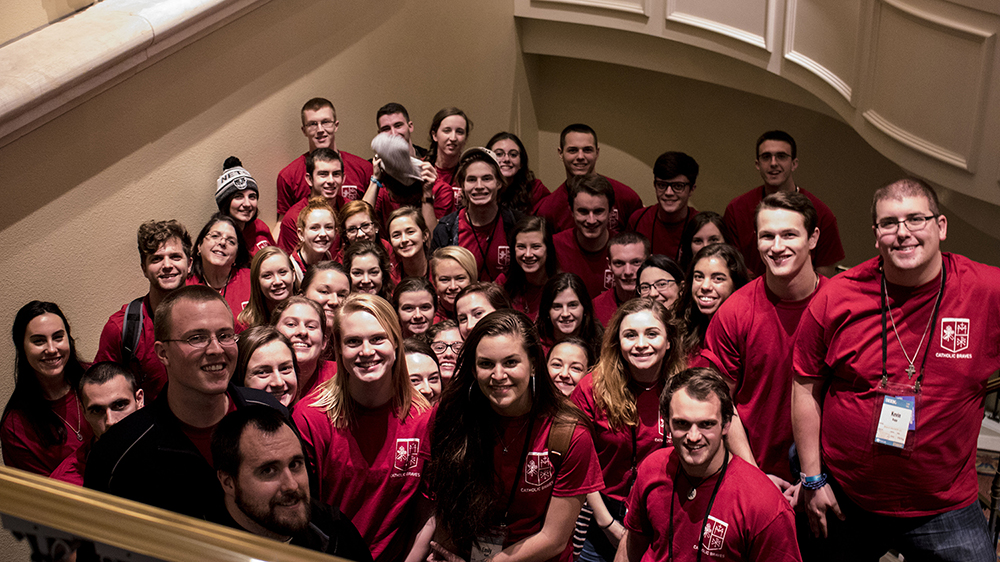 In need of reigniting the fire for her Catholic faith, Liz Schultz found the spark she needed during SEEK 2017. “I was kind of struggling in my faith, especially in my prayer life,” acknowledged Schultz, a Bradley University senior nursing student from Groveland. She was among 13,000 people — nearly all college students — who […]