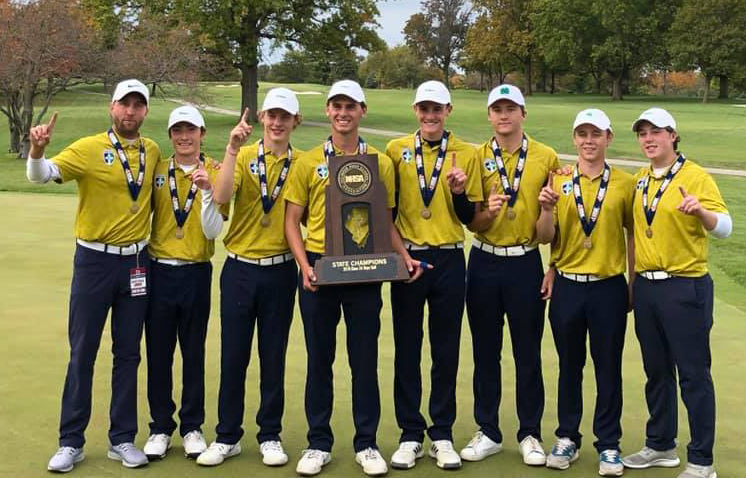 In their quest for the school’s first golf state championship, the Peoria Notre Dame boys team faced a seemingly impossible uphill climb Saturday at the Weibring Golf Club at Illinois State University in Normal. But a combination of resilience, talent and inspiration transformed a seven stroke deficit with just three holes to play into a […]

Hard work on the court and generous service off it are part of the team chemistry that resulted in a state championship for the seventh grade boys’ basketball team of St. Vincent de Paul School in Peoria on Feb. 7. The Vikings used a 12-4 third quarter spurt to overcome a one-point halftime deficit and […]

NORMAL — History will record that The High School of Saint Thomas More in Champaign won the Illinois Class 2A volleyball championship on Saturday, Nov. 11, at Redbird Arena here. And yes, on that afternoon the Sabers rallied to defeat Quincy Notre Dame in three sets — 18-25, 25-19, and 25-21 — to claim […]