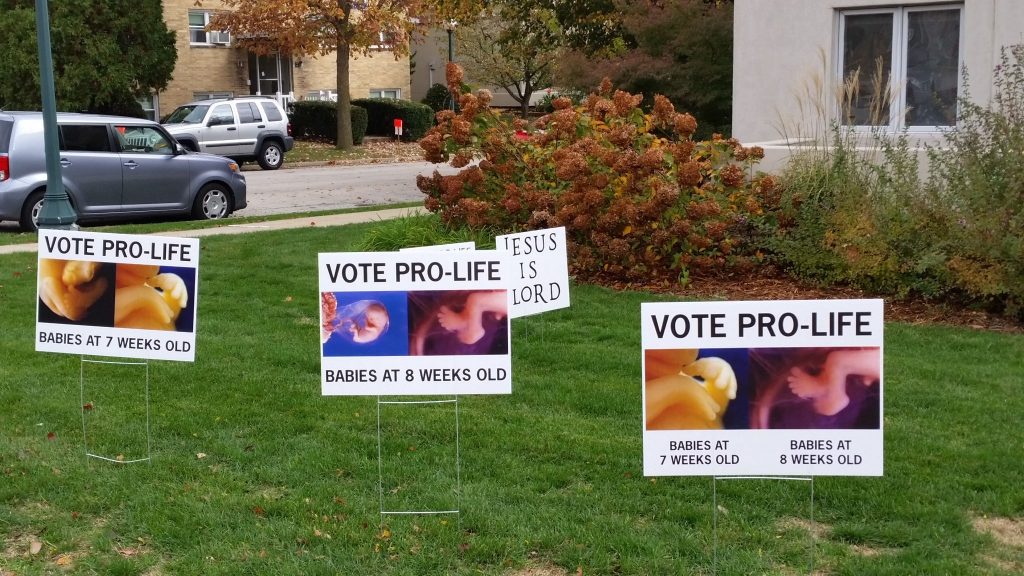 CHAMPAIGN — Amid all the name-calling of this year’s election season come yard signs in area neighborhoods that promote voting for a bunch of real babies. “Vote Pro-Life” is the message of the signs, a project of pro-life committee volunteers at Holy Cross Parish in Champaign. The professional signs, produced at a discounted cost by […]

Prepare for voting by reading election-year guidance from the U.S. bishops

Back in November, as the debates for the Democratic and Republican presidential races were just beginning, the U.S. Catholic bishops were having their own debate about politics during their annual fall general assembly. The debate preceded votes on “Forming Consciences for Faithful Citizenship,” a document the bishops revise and publish every four years as the […]

Rite of Election: 350 take major step to reception into church at Easter Vigil 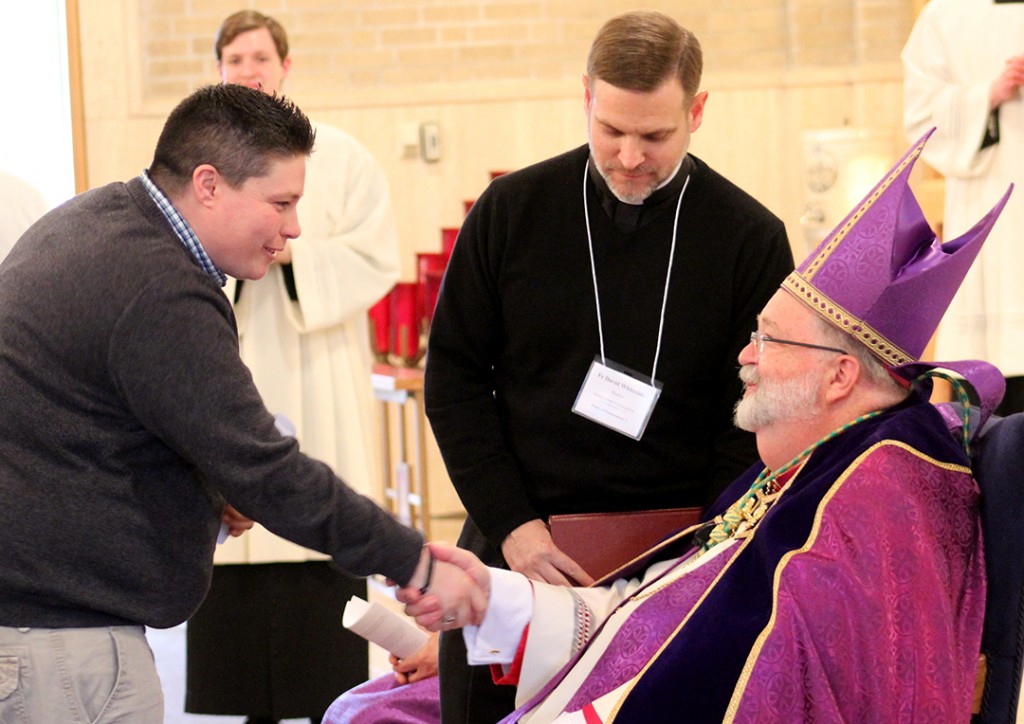 Father David Whiteside of St. Patrick Parish in Havana and Immaculate Conception in Manito presents Sara Frye to Bishop Jenky at the Rite of Election Feb. 21 at St. Philomena Church in Peoria. (The Catholic Post/Jennifer Willems)

More than 350 people who are “longing for the Easter sacraments of baptism, confirmation and the Eucharist” or to be received into full communion with the Catholic Church were recognized by Bishop Daniel R. Jenky, CSC, at the Rite of Election and Call to Continuing Conversion as Lent began. Because St. Mary’s Cathedral in Peoria […]