Trusting in the Blessed Mother and her promise to intercede on our behalf, dozens of people gathered in front of the Peoria County Courthouse April 13 to pray the rosary for the defeat of proposed abortion legislation in the Illinois General Assembly. “We dedicate this rosary to give courage to pro-life legislators in the Illinois […] 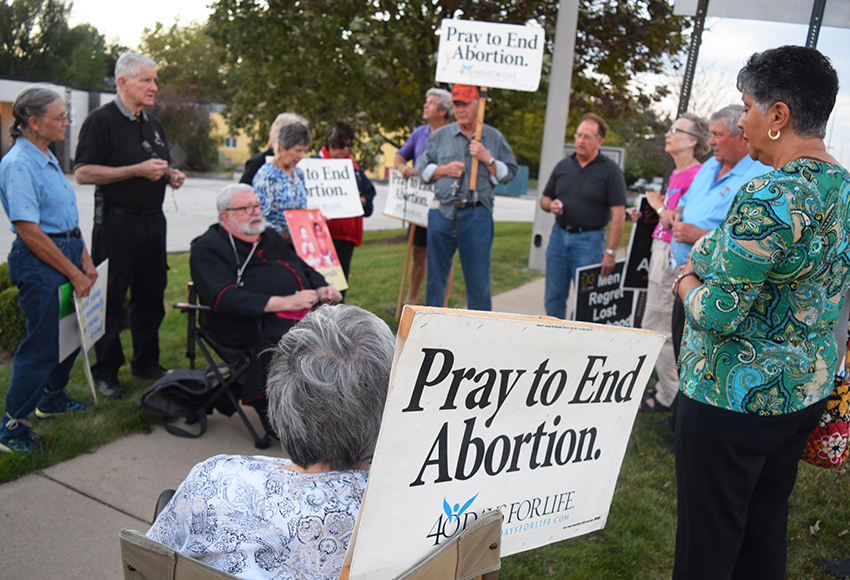 Bishop Daniel R. Jenky, CSC, leads a rosary during the 40 Days for Life vigil last fall outside of Whole Women's Health, an abortion facility in Peoria. He and the other bishops of Illinois on Feb. 21 released a statement warning against "extreme" abortion legislation introduced last week in the state General Assembly. (The Catholic Post file photo/Tom Dermody)

EDITOR’S NOTE: The following statement from the Catholic bishops of Illinois was released Feb. 21 through the Catholic Conference of Illinois. As Illinois faces so many pressing issues involving human life and dignity, it is incomprehensible that our elected officials have decided the pressing issue of the day is to enhance the chances that the […]