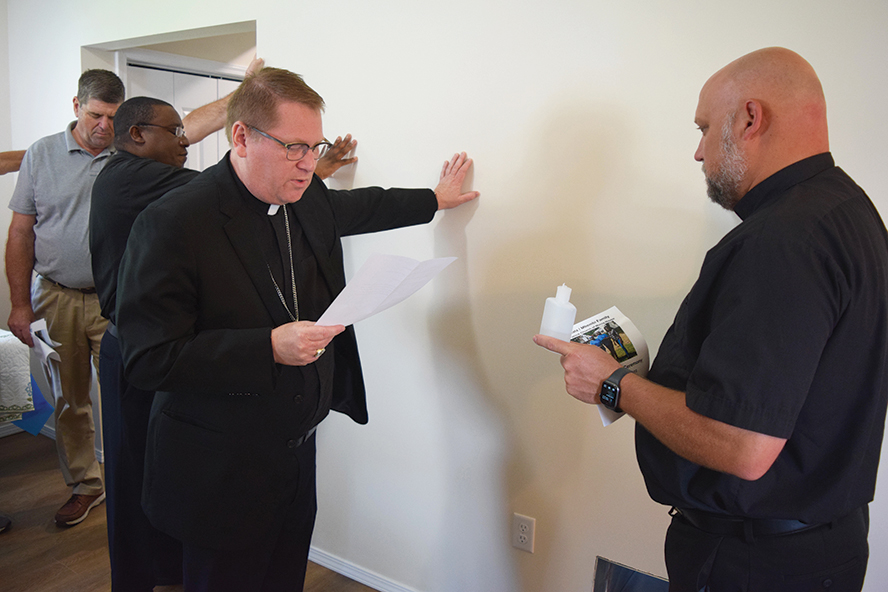 Bishop Louis Tylka and others place their hands on a wall of the newly built Habitat for Humanity house at 707 W. Locust St. in Bloomington during a prayer of blessing on July 9. The bishop is flanked by Father Dustin Schultz, pastor, and Father Martin Mwongyera, parochial vicar, of St. Patrick Church of Merna in Bloomington, which sponsored the home-building project with the rebate money from the parish’s Annual Diocesan Appeal. At far left is Roger Scott, executive director of Habitat for Humanity of McLean County. (The Catholic Post/Tom Dermody)

BLOOMINGTON — Standing in a circle of support in the living room of his family’s new home during blessing ceremonies on July 9, Fidele Makala offered a litany of gratitude. “Our family would like to express how excited we are for this blessing,” said Makala, moments after receiving the keys to a house built by […] 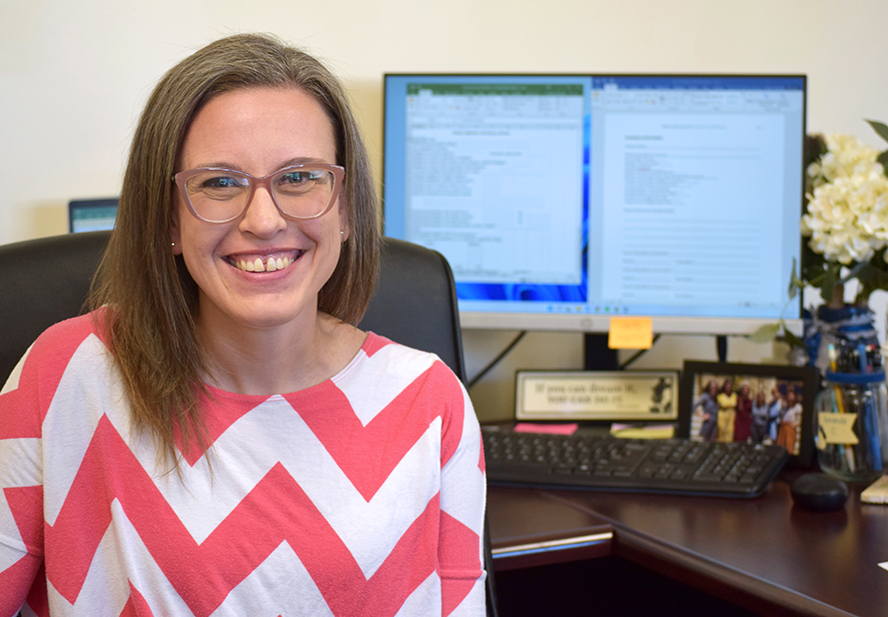 “I’m like a super-nerd,” says Amanda Connon. “I love organizing things.” Bishop Louis Tylka saw that skill in Connon as she recently did volunteer work gathering information and creating databases for the Diocese of Peoria. And he recognized the high school music teacher would be a good candidate to help solve some shortcomings in how […] 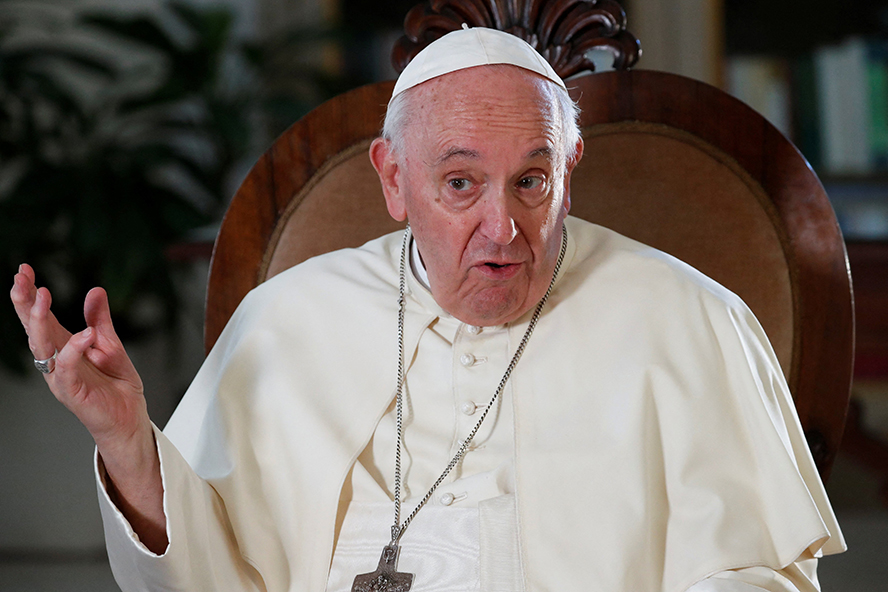 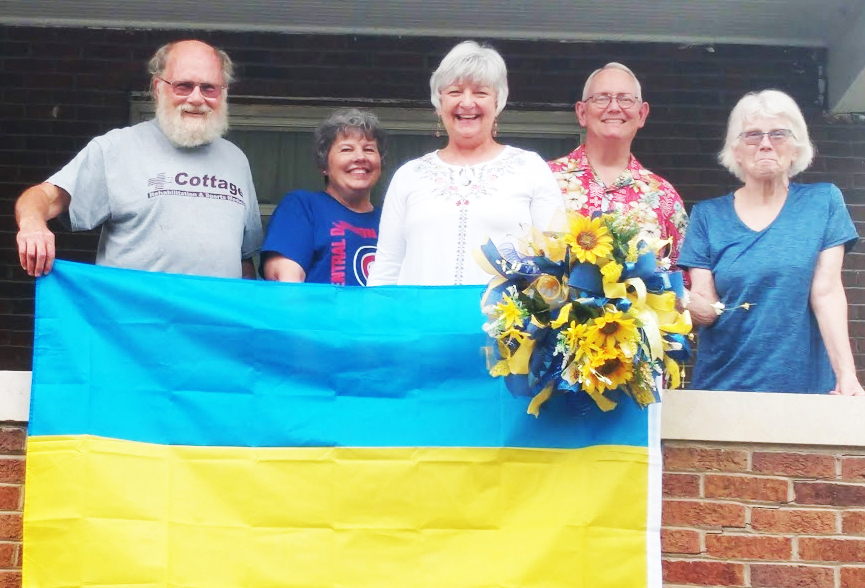 Members of the ecumenical Sponsor Circle in Monmouth preparing to welcome and support a refugee married couple from Ukraine are pictured with a Ukrainian flag on the porch of the parsonage of the First Lutheran Church of Monmouth, where the couple will temporarily reside. From left are Tom Sienkewicz, Teresa Prien, Pam Van Kirk, Tom Prien, and Leslie Freeman. Not pictured is Allison Buccalo. (Provided photo)

MONMOUTH — When a refugee couple from war-ravaged Ukraine arrives in this Warren County community on July 13 with all their belongings tucked in a pair of knapsacks, they will be warmly welcomed into a growing ecumenical circle of support. “They will need a lot of help from us in terms of resources and aid, […] 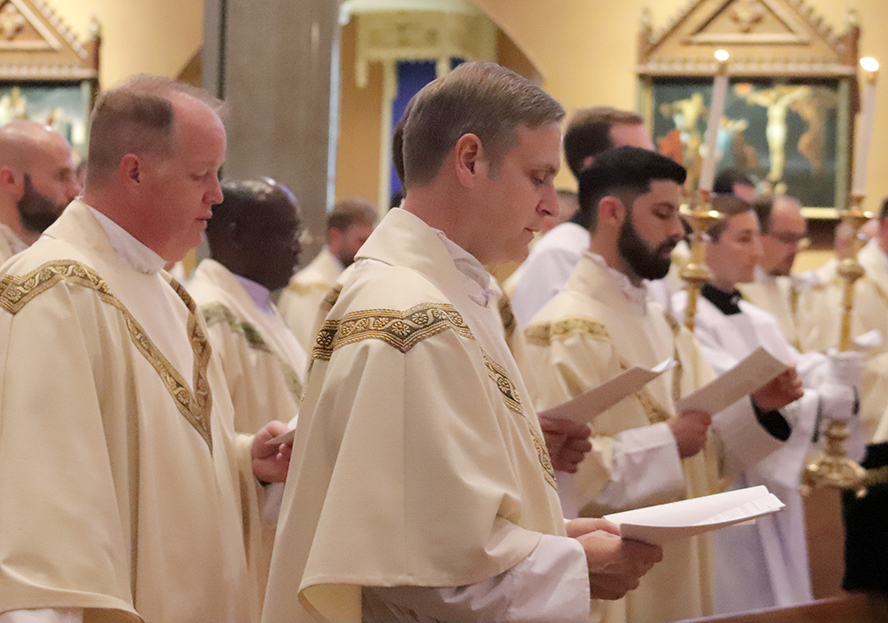 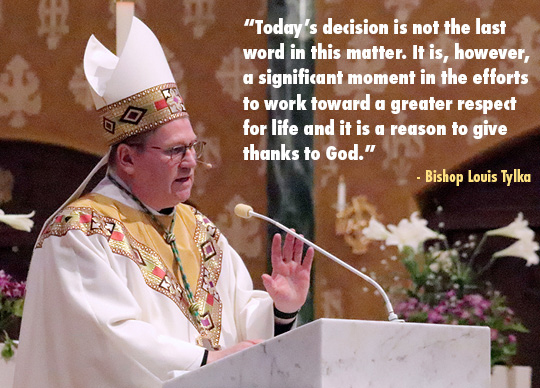 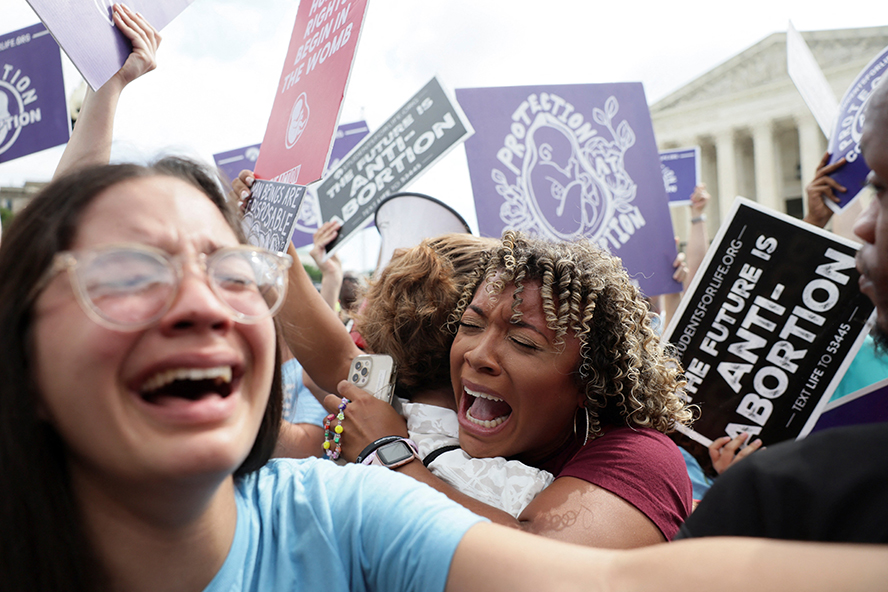 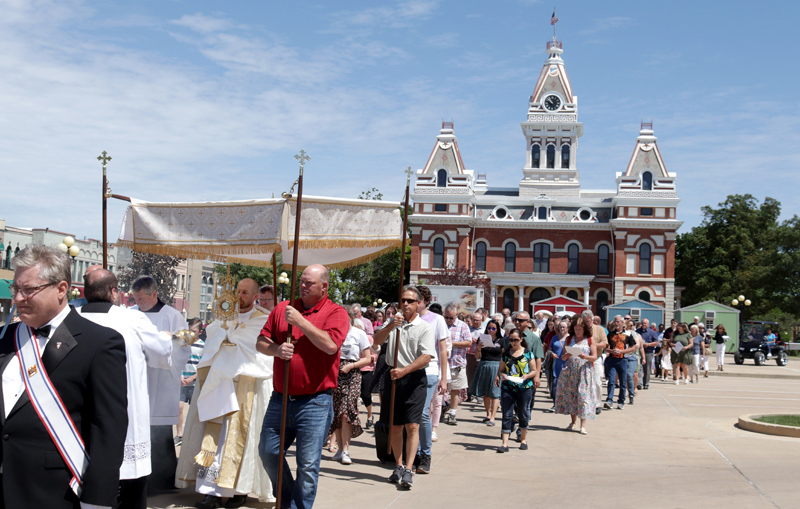 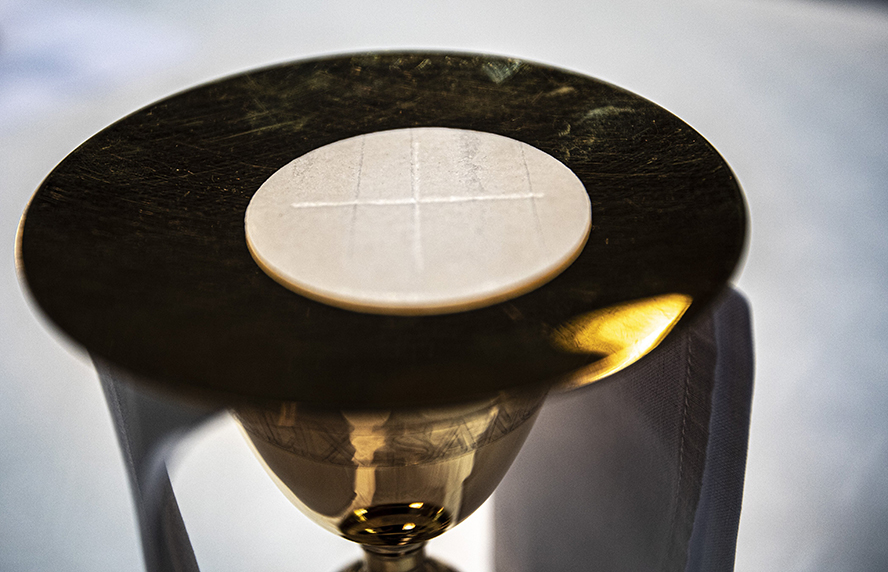 The Eucharist rests on a paten. On June 19, the feast of Corpus Christi, archdioceses and dioceses across the U.S. will hold eucharistic processions to launch the U.S. bishops' three-year National Eucharistic Revival. (CNS/Chaz Muth)

Starting with eucharistic processions this weekend for the Solemnity of the Most Holy Body and Blood of Christ, also known as Corpus Christi, Catholics across the Diocese of Peoria and the United States are being invited to deepen their relationship with Jesus as part of the National Eucharistic Revival. The U.S. bishops approved plans for […]

Fr. Luke Spannagel is one of 58 National Eucharistic Preachers for 3-year revival 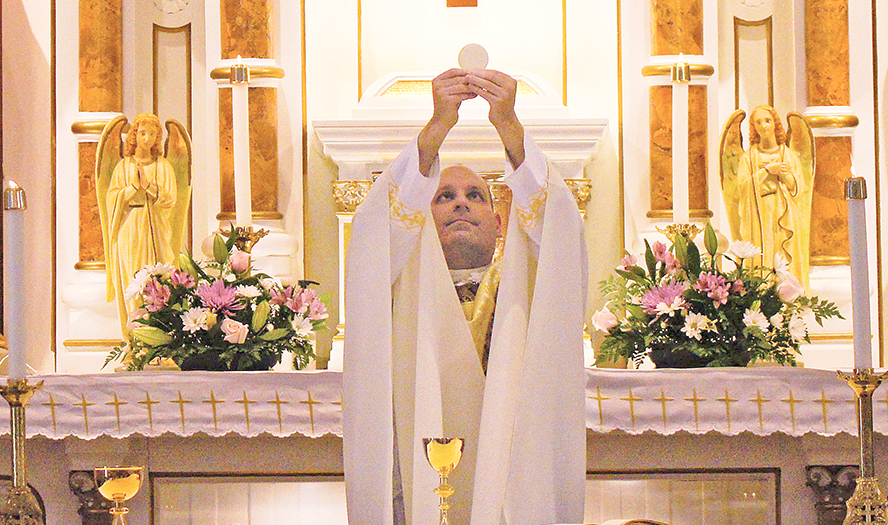 Father Luke Spannagel elevates the Host during a recent Mass. The priest of the Diocese of Peoria is among 58 National Eucharistic Preachers commissioned "to enkindle the flame of eucharistic faith and devotion in the United States" as part of a three-year National Eucharistic Revival. (Provided photo)

Father Luke Spannagel would have been very content to remain at St. Mary and Sacred Heart parishes in Rock Island, but he got an offer he couldn’t refuse — and neither could Bishop Louis Tylka. Father Spannagel was invited to join the team of 58 National Eucharistic Preachers who have been commissioned “to enkindle the […]