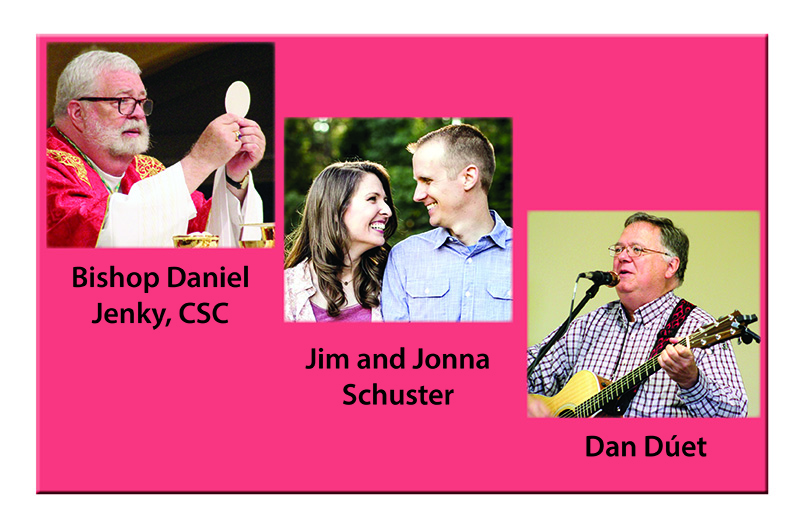 These are the speakers for the 2021 Catholic Charismatic Reneweal Conference. Their presentations will be posted online July 30. This year's theme is "Bear Patiently in God's Love."

Despite ongoing concerns about COVID-19 and its variants, the Catholic Charismatic Renewal Conference will go on — virtually. Videos will be uploaded to YouTube on July 30 for people to watch at their own pace, according to Cady Nosbisch, conference director. Look for the channel named Peoria Diocese Catholic Charismatic Renewal. The theme is “Bear […] 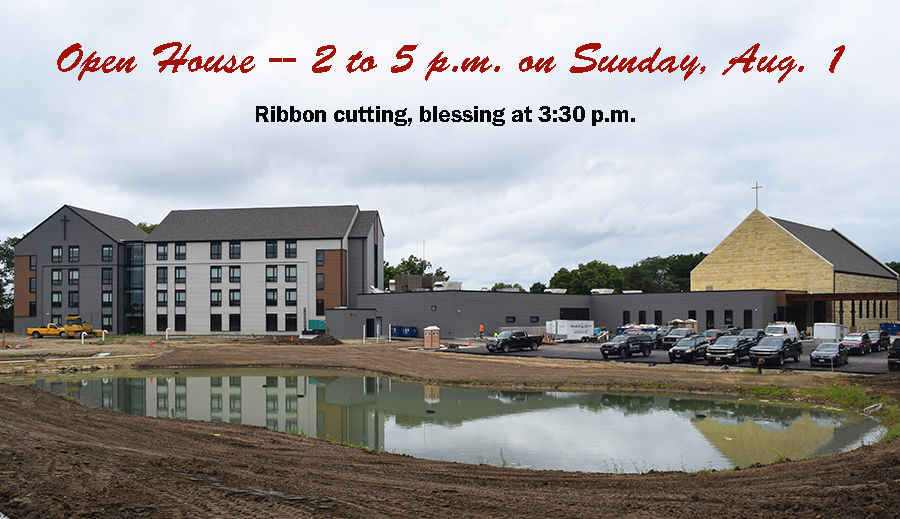 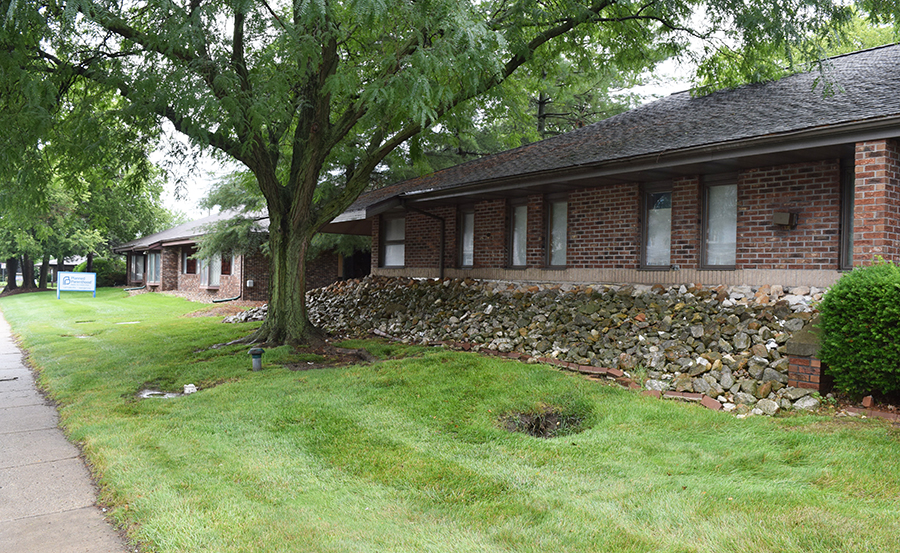 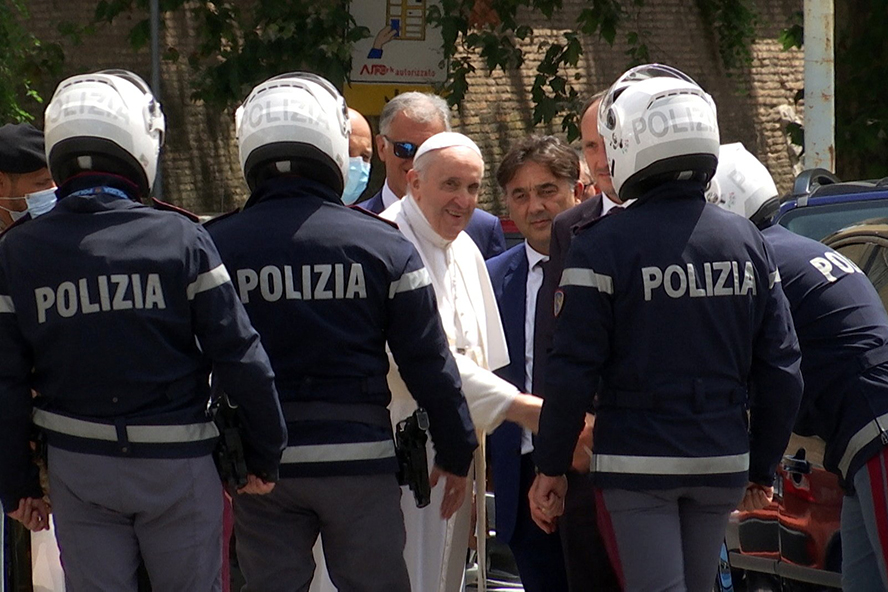 Pope Francis greets police officers before entering the Vatican after being discharged from Rome's Gemelli hospital following his recovery from colon surgery in this screengrab taken from a video on July 14. (CNS/Cristiano Corvino, Reuters TV screengrab)

VATICAN CITY (CNS) — Ten days after undergoing intestinal surgery, Pope Francis was released from Rome’s Gemelli hospital, the Vatican confirmed. In a statement released July 14, Vatican spokesman Matteo Bruni said that after leaving the hospital midmorning, the pope visited the Basilica of St. Mary Major to say a prayer of gratitude before the […] 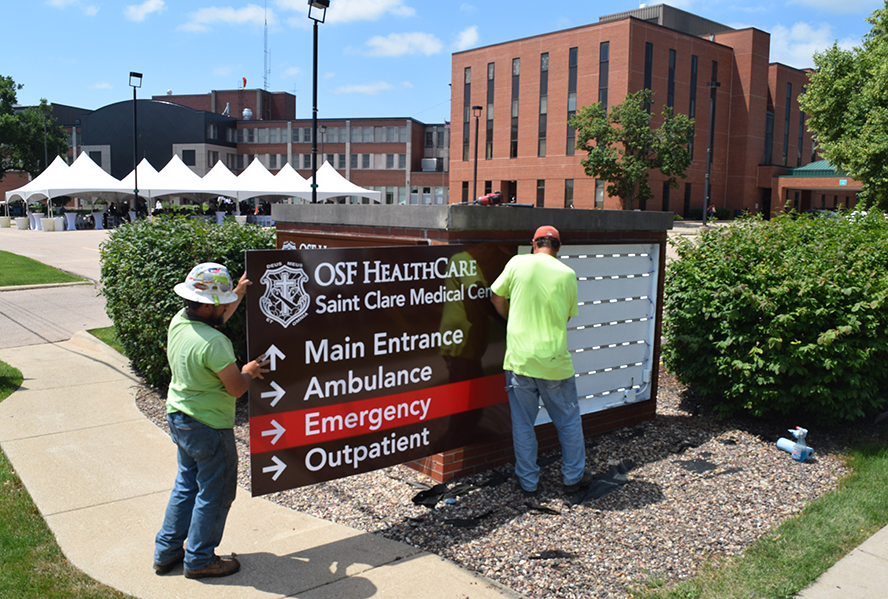 After 106 years of love, Rantoul bids farewell to the Springfield Dominicans 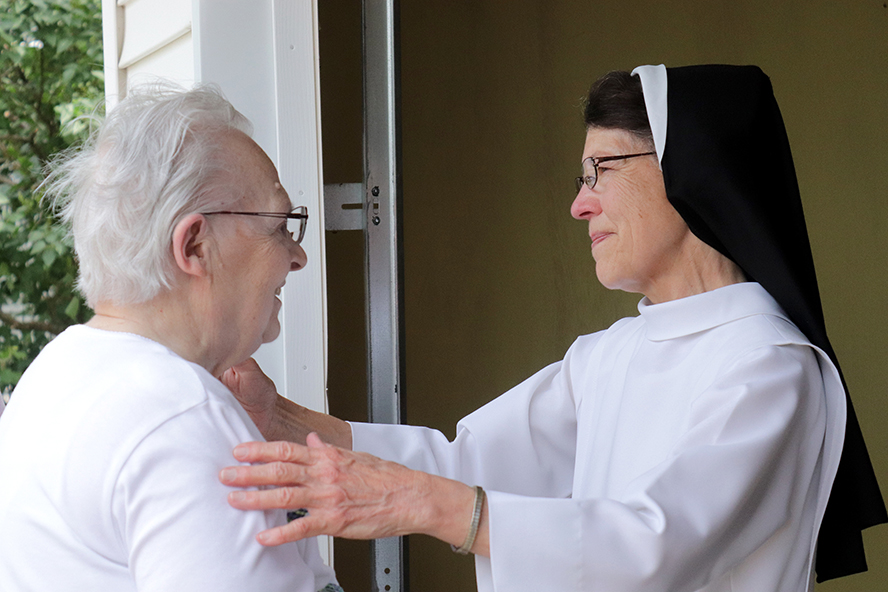 Sister Paulette Joerger, OP, embraces Sara Brown as they share memories at the reception after Mass at St. Malachy Church in Rantoul on June 27. She said she has a special place in her heart for the Springfield Dominicans because her aunt was also a member of the community, but there's another tie that binds with Sister Paulette: "She's a Cubs fan and so am I!" (The Catholic Post/Jennifer Willems)

RANTOUL — With a promise to pray for one another, Sister Paulette Joerger, OP, and the members of St. Malachy Parish said goodbye to one another during Mass last Sunday. There were tears shed on both sides since it is the first time the Rantoul parish and school will be without the Dominican Sisters of […] 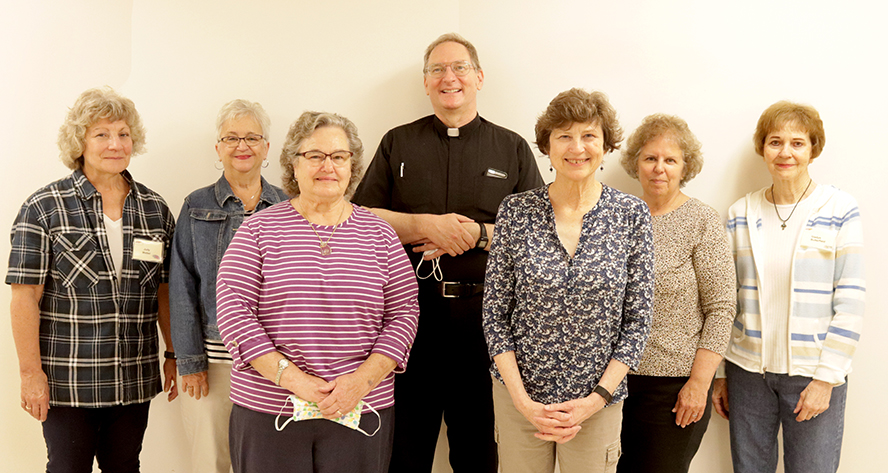 After Carol Romanowski retired in 2011, she started looking for volunteer opportunities around Peoria. Just staying busy wasn’t good enough. “I wanted to do something I felt had a purpose,” she said. Romanowski found it when she was talking to some traveling companions on a trip to Italy who were involved in the Christ Child […] 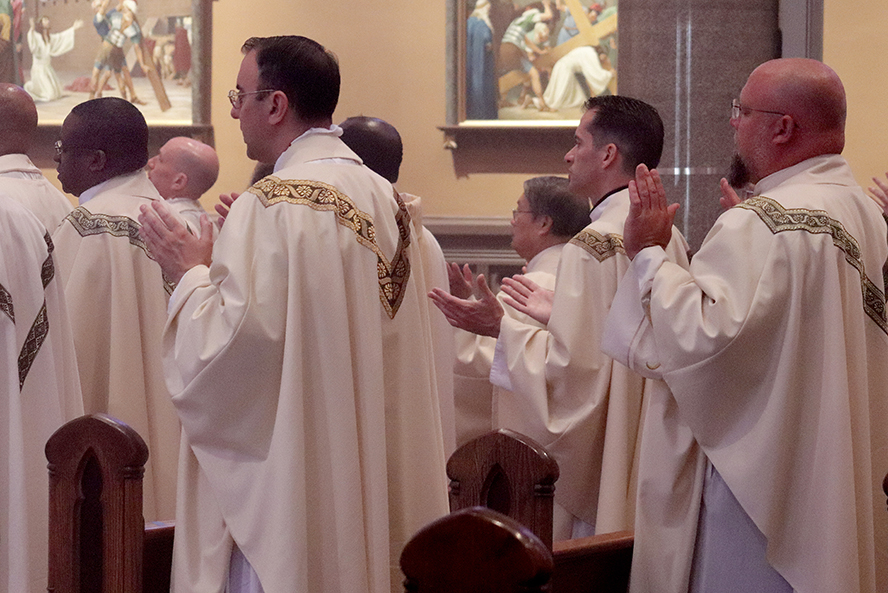 Maintaining safe social distances, the priests of the Diocese of Peoria remained in their pews as they concelebrated the Jubilarian Mass at St. Mary's Cathedral in Peoria. Coadjutor Bishop Louis Tylka, himself a silver jubilarian in 2021, presided at the June 22 liturgy. (The Catholic Post/Jennifer Willems)

It was not possible to hold the Jubilarian Mass to honor priests observing milestone anniversaries last year due to COVID-19, so this year’s liturgy on June 22 offered twice the reason to celebrate. Coadjutor Bishop Louis Tylka presided at the Mass at St. Mary’s Cathedral in Peoria and said it was good to be able […] 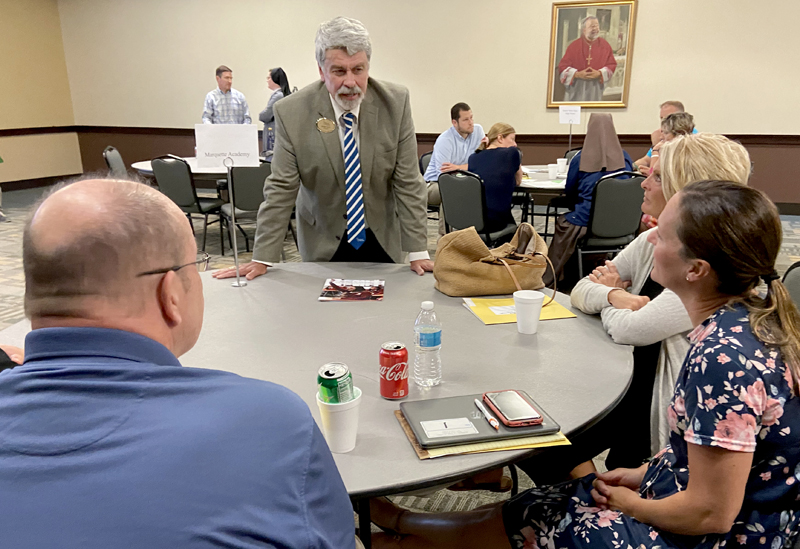 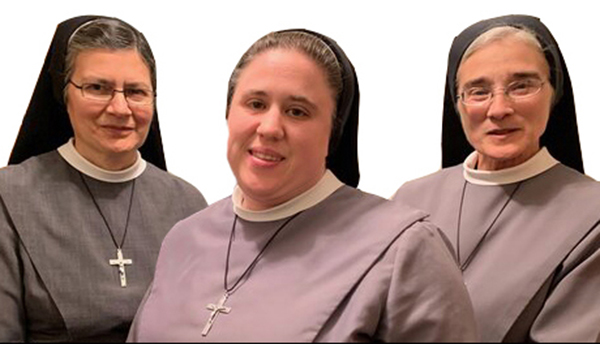 The Sisters of St. Francis of the Martyr St. George have expressed gratitude for an outpouring of prayer for three Rock Island-based members of their community injured in a multi-vehicle accident near Springfield on June 9. “In God’s mercy and with all our prayers, our Sisters are now on the recovery path,” said Mother M. […]