Msgr. Brian Brownsey, pastor of St. Mark Parish in Peoria, stands at the church’s high altar. He is now referring to it as “the Sheen Altar” because Archbishop Fulton J. Sheen celebrated several Masses on it, including the funeral liturgies for his parents in 1943 and 1944. (The Catholic Post/Tom Dermody)

Seventy-seven years ago, Msgr. Fulton Sheen offered the funeral Mass for his mother, Delia, at St. Mark Church in Peoria. On Saturday, March 28 — the anniversary of her death — Mrs. Sheen will be the intention when the 8 a.m. Mass at St. Mark is offered on the same altar. Doing so is a […]

With joy and thanksgiving, officials and faithful throughout the Diocese of Peoria and around the globe welcomed Monday’s announcement that Pope Francis has called for the beatification of Venerable Archbishop Fulton J. Sheen in Peoria on Dec. 21, 2019. “It was a surprise, an early Christmas present from the pope, and it is truly a […]

(UPDATED — June 19, 2019) The mortal remains of Venerable Archbishop Fulton J. Sheen will soon be coming home to his native Diocese of Peoria. And that news has diocesan officials anticipating a reopening of the famed orator and media pioneer’s Cause for Beatification, leading to a hoped-for Beatification Mass that would take place in […] 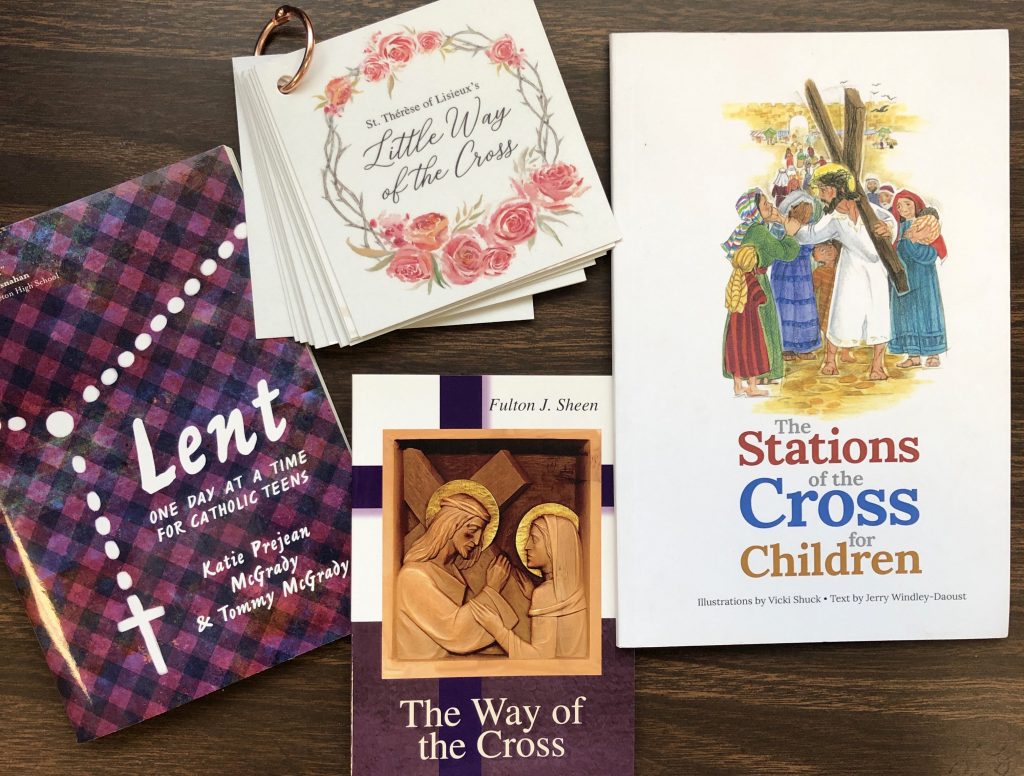 By Katie Bogner Lent: It’s a time to give up and take up. Alongside your Lenten sacrifices, we suggest you take up one of these powerful books as a guide to draw you closer to the Cross of our Savior. The Cries of Jesus from the Cross: An Anthology, by Archbishop Fulton J. Sheen, from […] 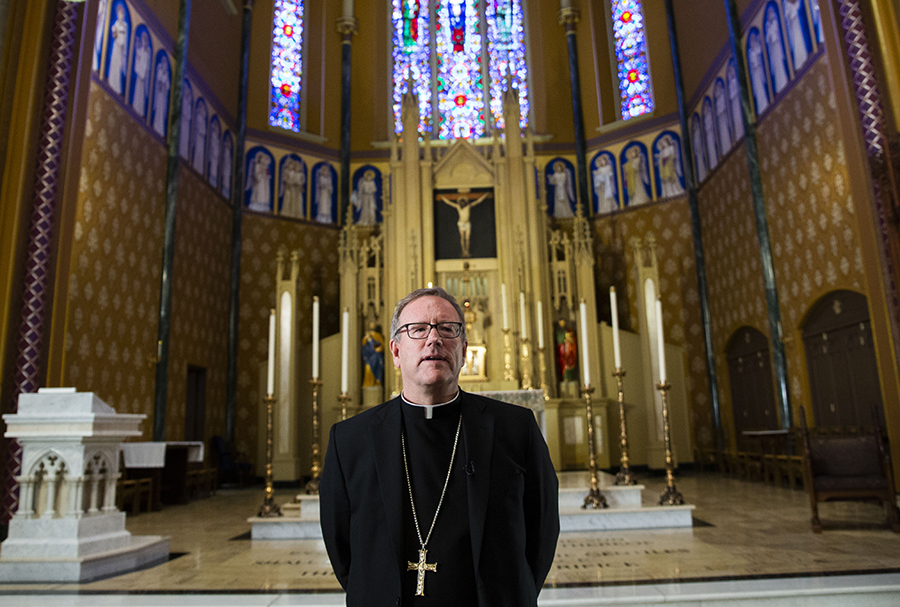 Bishop Robert Barron speaks in front of the sanctuary of St. Mary's Cathedral in Peoria on July 21 while filming a segment on Venerable Archbishop Fulton J. Sheen for his series "Catholicism: the Pivotal Players." (Provided photo/Word on Fire Catholic Ministries)

Bishop Robert Barron, auxiliary bishop of Los Angeles, and a technical crew visited Peoria on July 21 to film footage for a segment on Venerable Archbishop Fulton J. Sheen that will be included in his new documentary series “Catholicism: The Pivotal Players.” Bishop Barron, founder of the media ministry Word on Fire, visited both St. […]