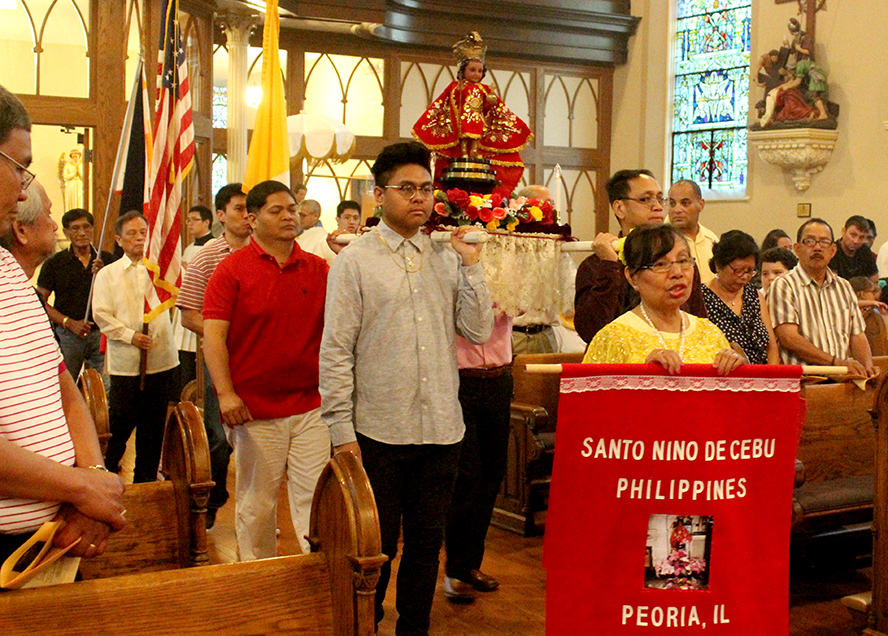 The image of the infant Jesus revered as the Santo Niño de Cebu is carried in procession at St. Joseph Church in Peoria. (The Catholic Post file photo)

The Filipino-American community in central Illinois will gather on Saturday, July 21, at St. Joseph Church in Peoria to mark the 20th anniversary of the enthronement of the image of Santo Niño de Cebu there. The festivities will begin with a Mass at 5:30 p.m. celebrated by Father Alexander Millar, parochial vicar of the parishes […] 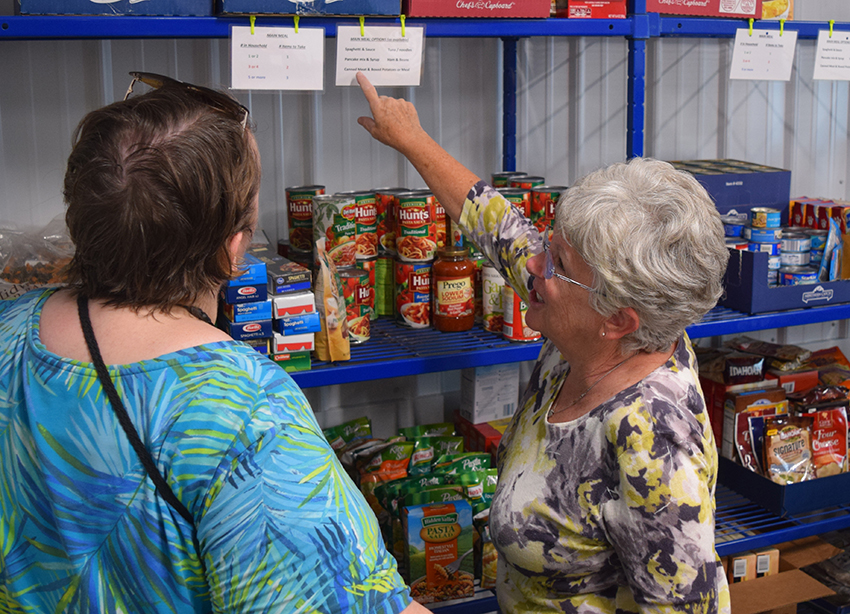 Beth Fleshman, a volunteer at the Logan County Catholic Community Food Pantry in Lincoln, assists a guest with her selections at the pantry’s new location on June 27. The outreach serves more than 1,600 people annually and is supported by the county’s four Catholic parishes. (The Catholic Post/Tom Dermody)

LINCOLN — “Wow, this place is huge,” said the first guest to walk through the door of the newly built and blessed Logan County Catholic Community Food Pantry on June 27. She would find, as do the dozens of others who are assisted with their families’ food needs here every Wednesday, that the new facility’s […]

This is a scene from the movie "The First Purge." The Catholic News Service classification is O -- morally offensive. (CNS/Universal) 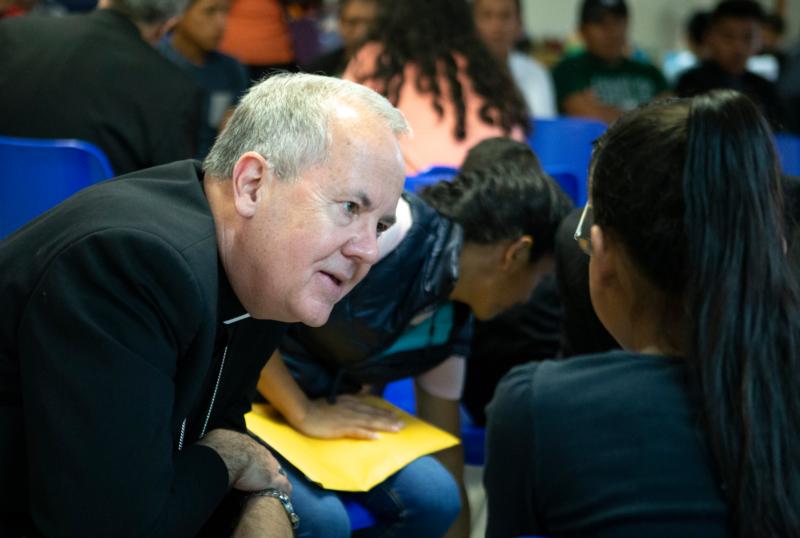 Bishop Joseph C. Bambera of Scranton, Pa., talks to an immigrant woman, recently released from U.S. custody, July 1, at a Catholic Charities-run respite center in McAllen, Texas. A delegation of U.S. bishops has traveled to the Diocese of Brownsville, Texas, to learn more about the detention of Central American immigrants at the U.S.-Mexican border. (CNS photo/Chaz Muth)

By Rhina Guidos, Catholic News Service SAN JUAN, Texas (CNS) — In less than 48 hours, a group of Catholic bishops saw the faces of triumph and relief from migrants who had been recently released by immigration authorities, but ended their two-day journey to the border with a more “somber” experience, visiting detained migrant children […]