Six priests recall the blessings, lessons of 25 years since their ordination day 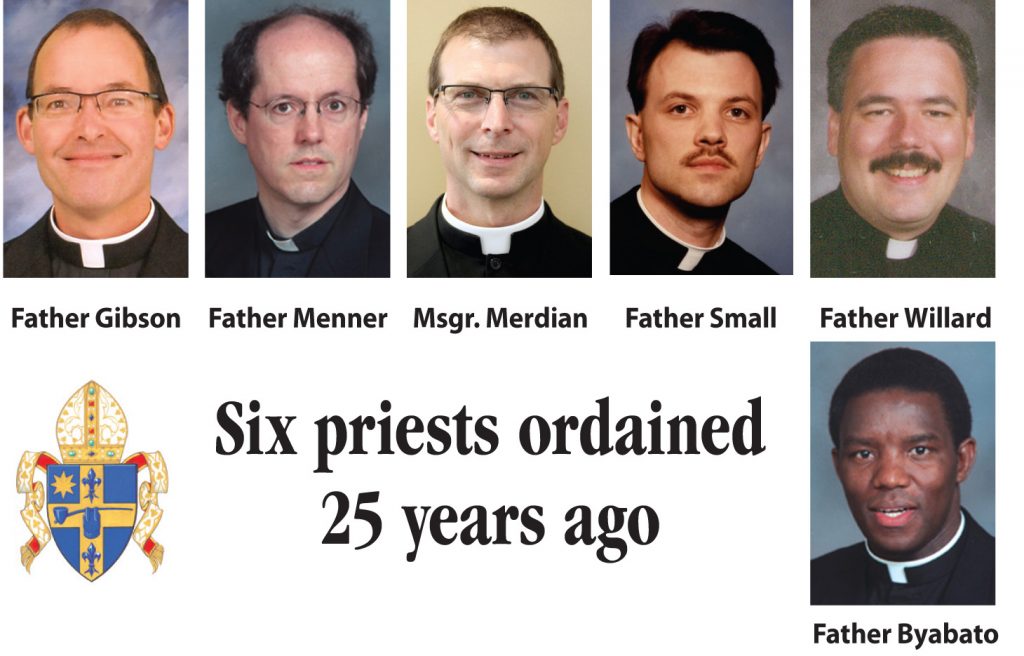 The celebrations have already begun for six priests of the Diocese of Peoria who are marking the 25th anniversary of their ordination in 2018.

Father Deus-Dedit Byabato, who came to the Diocese of Peoria in 1999, was ordained Nov. 20, 1993, at the Cathedral of St. Patrick in Norwich, Connecticut.

The Catholic Post invited the six priests to respond to five questions:

To find the profiles of each priest, click on their names above. There are also details about their Masses of Thanksgiving, dinners and open houses, and where mail may be sent.