Week of pro-life efforts in diocese culminates with ‘spiritual warfare’ 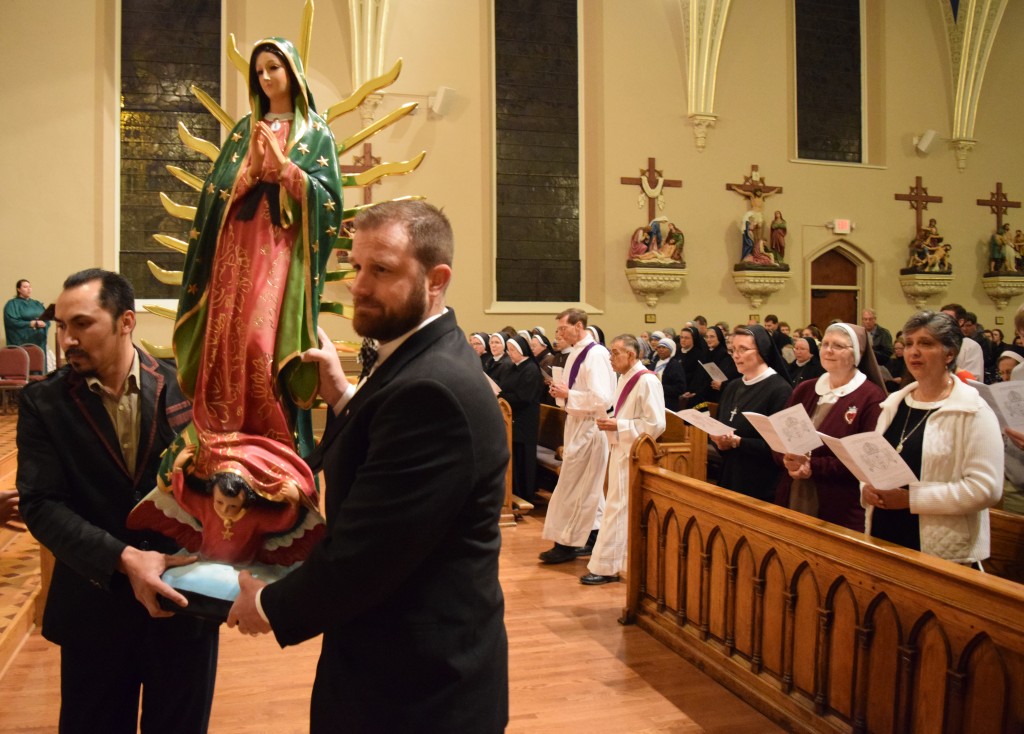 A statue of Our Lady of Guadalupe is brought forward at the start of the diocese-wide Mass and Holy Hour of Reparation and Healing at St. Joseph Church in Peoria on Jan. 22. Our Lady's intercession was frequently asked in prayers seeking an end to abortion and encounters of mercy for mothers and fathers of aborted children. (The Catholic Post/Tom Dermody)

A week of pro-life activities culminated in the Diocese of Peoria with hundreds joining Bishop Daniel R. Jenky, CSC, at St. Joseph Church in Peoria for two hours of “spiritual warfare” that included a declaration that “we are not in a battle with those who have had an abortion.” “That may be stating the obvious, […] 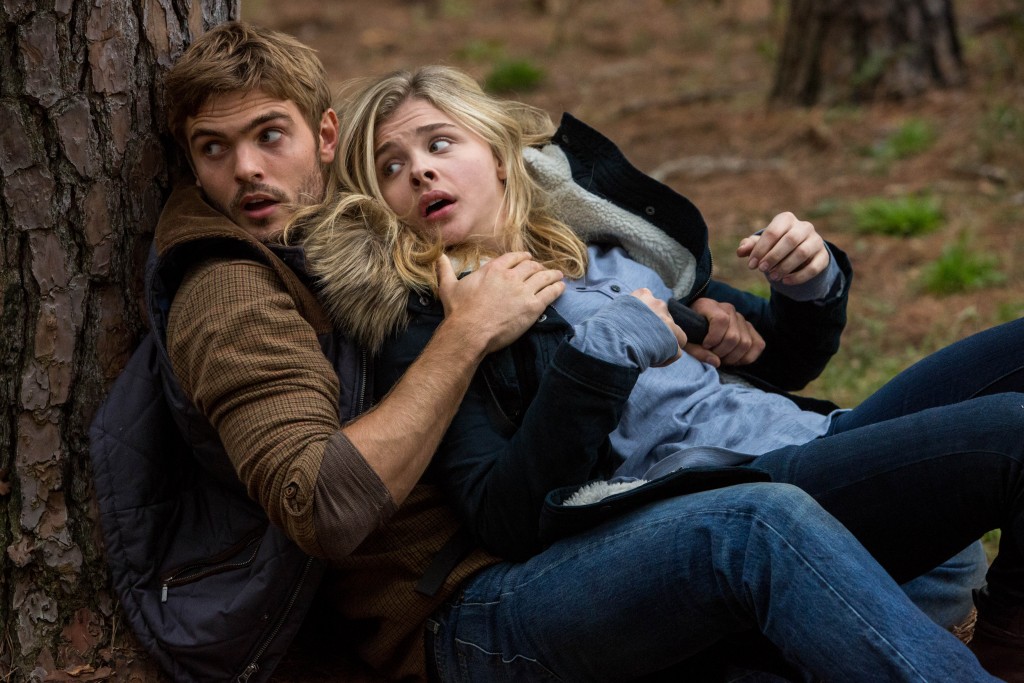 Alex Roe and Chloe Grace Moretz star in a scene from the movie "The 5th Wave." The Catholic News Service classification is A-II -- adults and adolescents. (CNS/Columbia)

When aliens invade Earth and begin to decimate the human race, an Ohio teenager (Chloe Grace Moretz) fights to stay alive in order to reunite with her missing brother (Zackary Arthur). Two young men (Nick Robinson and Alex Roe) come to her aid and both become romantic interests. Yet it’s unclear who can be trusted […] 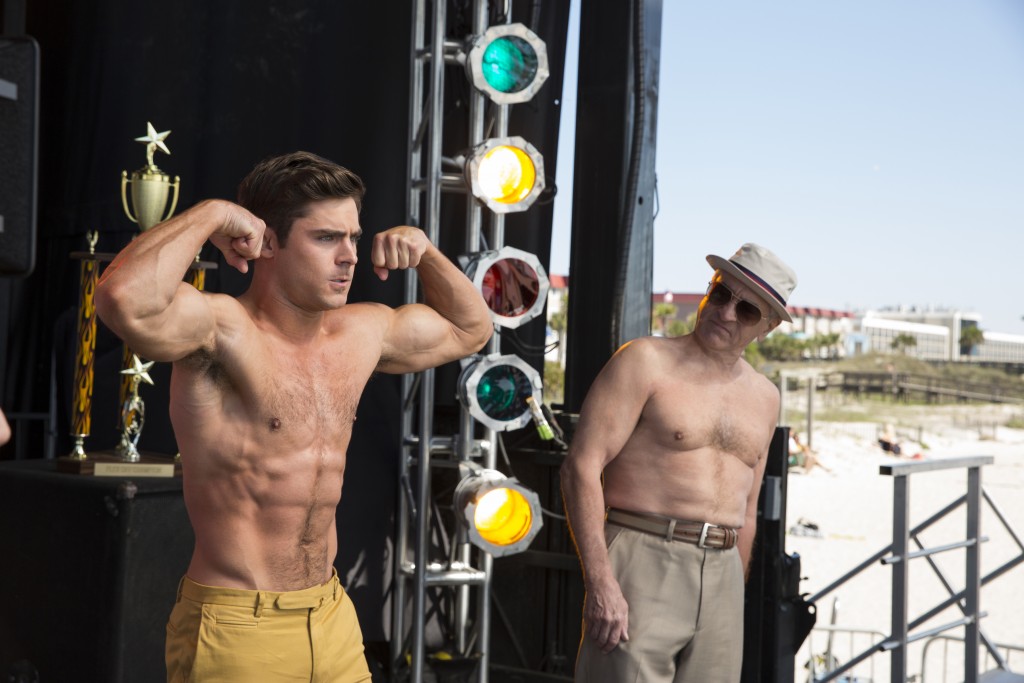 By Catholic News Service Sexploitation flick featuring Robert De Niro as a libido-driven, newly widowed former Special Forces officer who has taken to Florida by his grandson (Zac Efron) for a decorous visit to Boca Raton. They wind up instead at spring break in Daytona Beach where De Niro spends most of the movie chasing […] 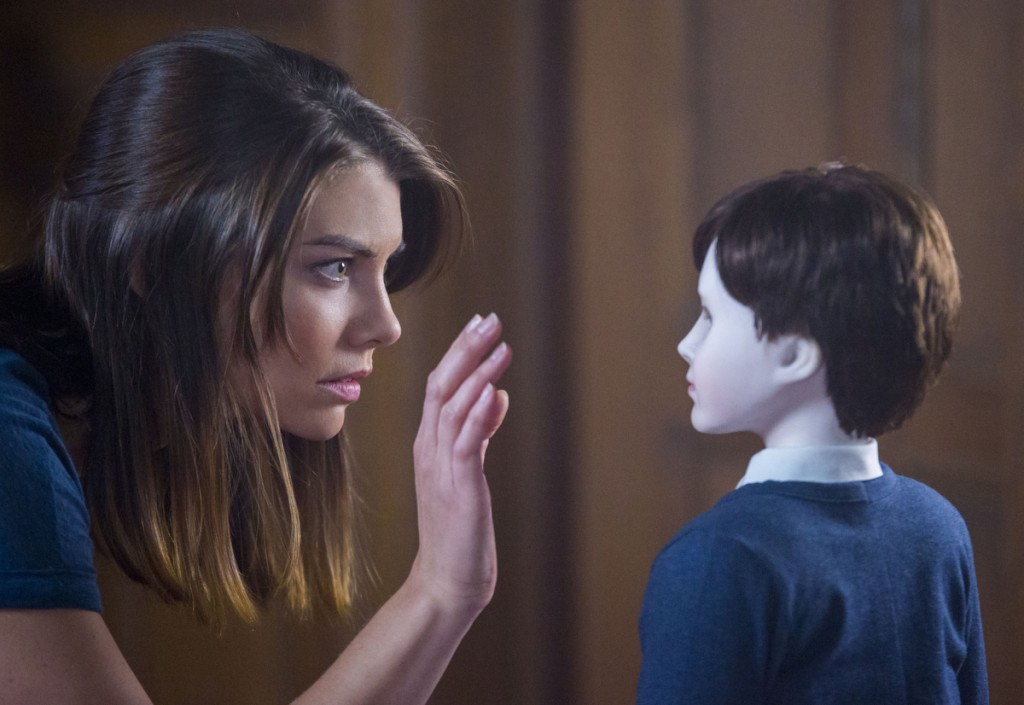 Lauren Cohan stars in a scene from the movie "The Boy." The Catholic News Service classification is A-III -- adults. (CNS/STX Productions)

By Catholic News Service On the rebound from an abusive relationship with her boyfriend (Ben Robson), a young Montana woman (Lauren Cohan) takes a job as a nanny at a remote British mansion only to find that her charge is a spooky porcelain doll her elderly employers (Jim Norton and Diana Hardcastle) have substituted for […]

Students from the pro-life group at Galesburg High School take part in the 2015 March for Life in Washington, D.C. Those going to this year's march are keeping an eye on the weather, as a major snowstorm is forecast to being in the nation's capital on Friday. (File photo/Provided)

By Jennifer Brinker / Catholic News Service WASHINGTON (CNS) — Sometimes being pro-life means making difficult decisions. Because of a predicted snowstorm in Washington, some planned pilgrimages to the March for Life are being canceled. Groups from five Catholic high schools in the Diocese of Peoria, however, have reportedly arrived safely and plan to return […]

‘Why are you pro-life?’: Speaker challenges 200 at Peoria rally 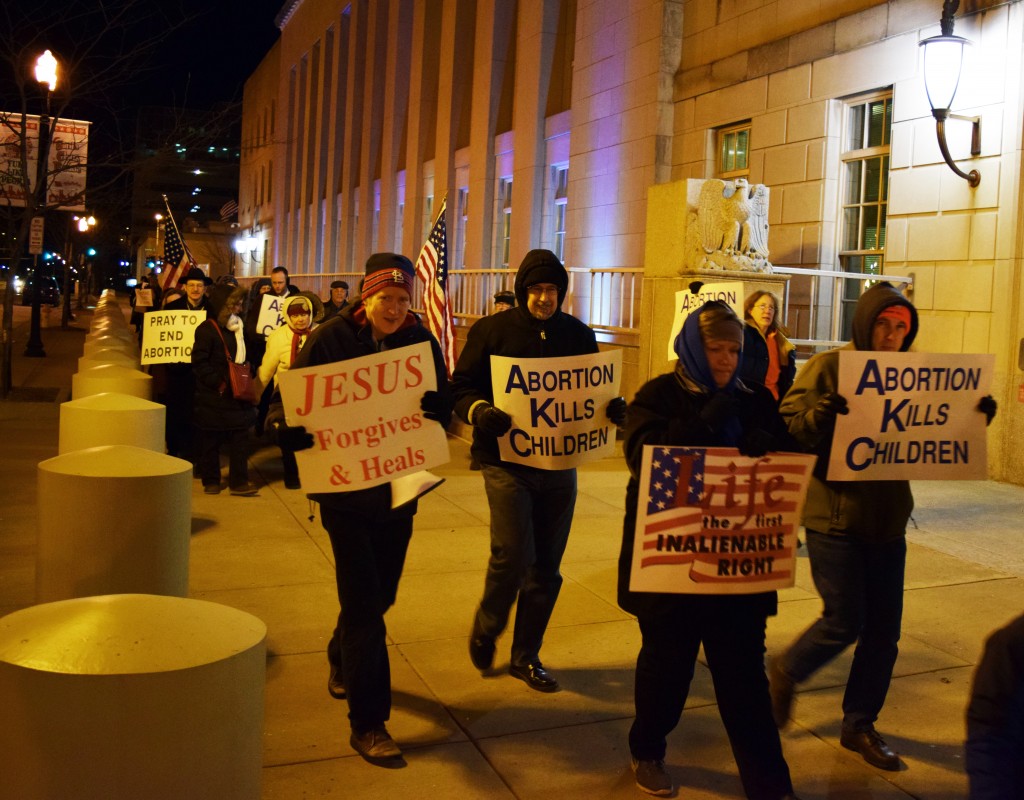 Participants in the Walk for Life take part in a prayer march around the Federal Courthouse in downtown Peoria on Jan. 19. (The Catholic Post/Tom Dermody)

“Why are you pro-life?” Keynote speaker Rev. Walter B. Hoye II emphasized the “you” repeatedly in a challenge to nearly 200 at the annual Sanctity of Human Life Rally in Peoria on Jan. 19. “Ask yourself, inside your heart. Be honest. Why are you?” asked Hoye, founder and president of the Issues4Life Foundation and a […] 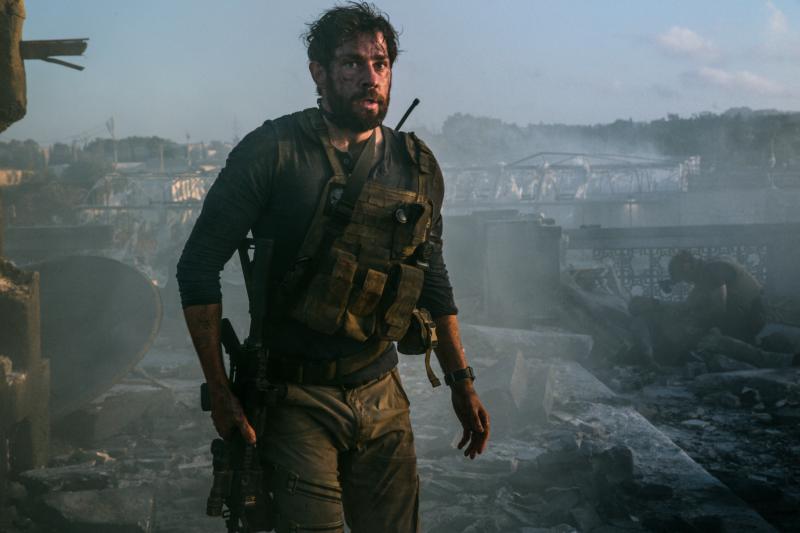 John Krasinski stars in a scene from the movie "13 Hours: The Secret Soldiers of Benghazi." The Catholic News Service classification is L -- limited adult audience, films whose problematic content many adults would find troubling. (CNS photo/Paramount)

By Catholic News Service Working from the 2014 book by Mitchell Zuckoff, director Michael Bay offers a gripping, fact-based account of what happened on the ground when the U.S. consulate in the Libyan city of the title was overrun on Sept. 11, 2012, and four American lives, most prominently that of Ambassador Chris Stevens […] 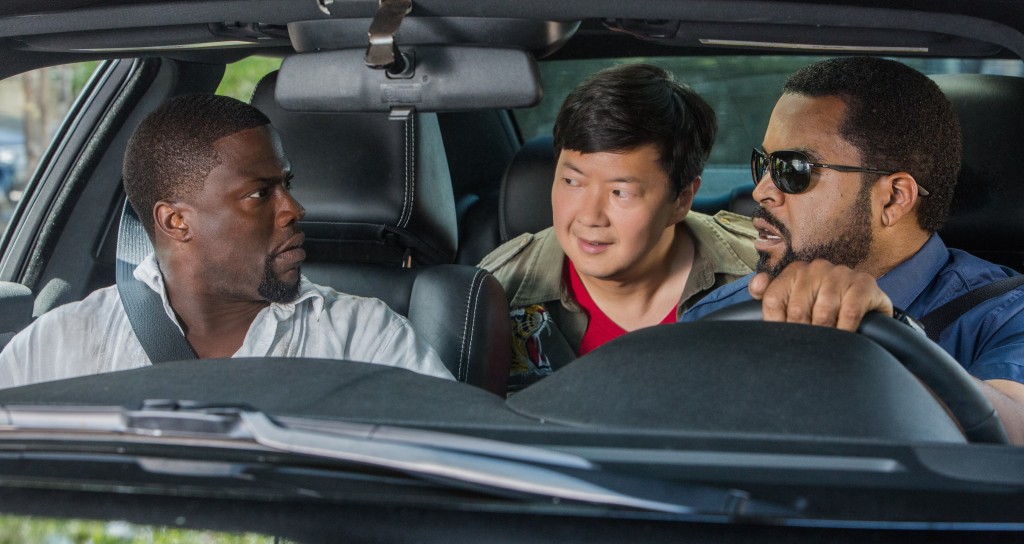 Kevin Hart, Ken Jeong and Ice Cube star in a scene from the movie "Ride Along 2." The Catholic News Service classification is A-III -- adults. (CNS photo/Universal)

By Catholic News Service In following up on his 2014 comedy, director Tim Story benefits from a script (by Phil Hay and Matt Manfredi) that tones down the original’s relentless vulgarity. An elevated vocabulary fails to carry with it a higher quotient of laughs, however. Nor does the second chapter of this odd-couple story pairing a […]

“Norm of the North” (Lionsgate) 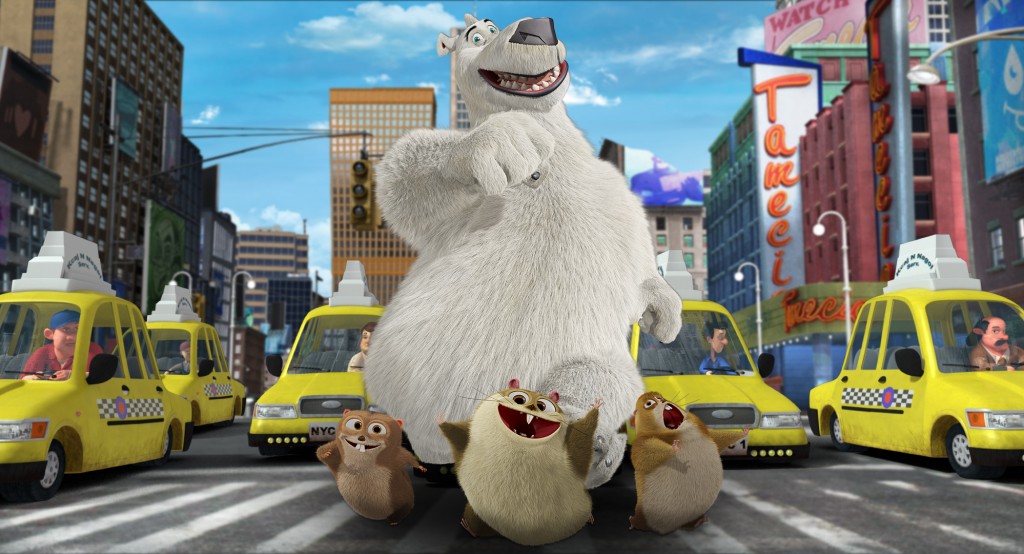 Norm, voiced by Rob Schneider, and other animated characters, appear in the movie "Norm of the North." The Catholic News Service classification is A-I -- general patronage. (CNS photo/Lionsgate)

By Catholic News Service A wisecracking polar bear (voice of Rob Schneider) ventures south to New York City to save his home environment from destruction in this silly but harmless animated comedy directed by Trevor Wall. As he goes up against a maniacal developer (voiced by Ken Jeong) who’s out to build luxury housing on […] 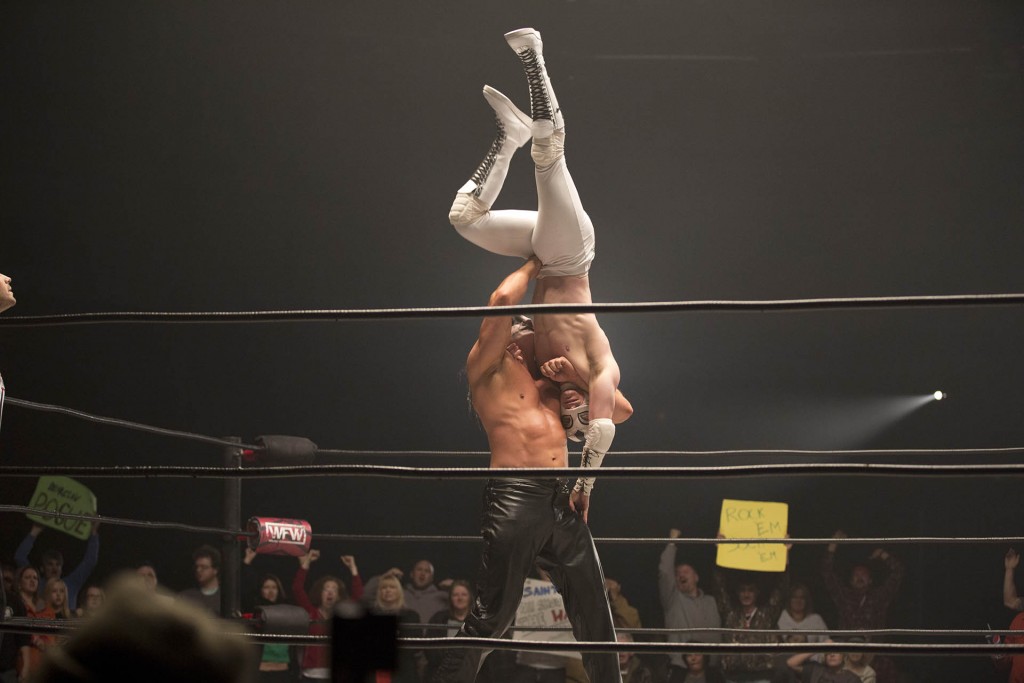 Brett Granstaff, white pants, stars in a scene from the movie "The Masked Saint." The Catholic News Service classification is A-II -- adults and adolescents. (CNS photo/Freestyle)

Unlikely — yet fact-based — story of a professional wrestler-turned-pastor (Brett Granstaff) who resumes his career in the ring to raise money for his crumbling church while also fighting crime as a masked vigilante by night. He draws encouragement in his against-the-odds day job — and inspiration to rethink his sideline — from his supportive […]