Firefighters work to put down a blaze that destroyed the former administration building of Catholic Charities of the Diocese of Peoria on the agency's West Peoria campus off Heading Avenue on March 30. The building has only been used for storage in recent years. (The Catholic Post/Tom Dermody)

WEST PEORIA — A 29-year-old building that originally served as the administrative base for Catholic Charities of the Diocese of Peoria was destroyed by fire on March 30. The cause of the early morning blaze at the structure, located at the West Peoria campus of Catholic Charities at 2900 W. Heading Ave., was still being […]

WEST PEORIA — The national home of the Militia of the Immaculata has relocated to the Diocese of Peoria. “It became clear to the National Council that this is where Our Lady wanted us to make a home,” said John Galten, national president of the worldwide organization that promotes total consecration to Mary. Founded in […] 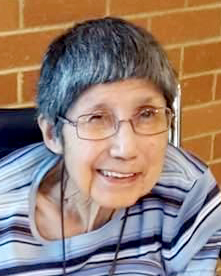 WEST PEORIA — Visitation and a Mass of Christian Burial are planned for Friday, July 14, for Sister Marcelina Casandro, OSF. A member of the Sisters of St. Francis of the Immaculate Conception, she died July 11, 2017, at the community’s Mother of Peace Home. She was 89. Visitation will be held from 3:30 to […]