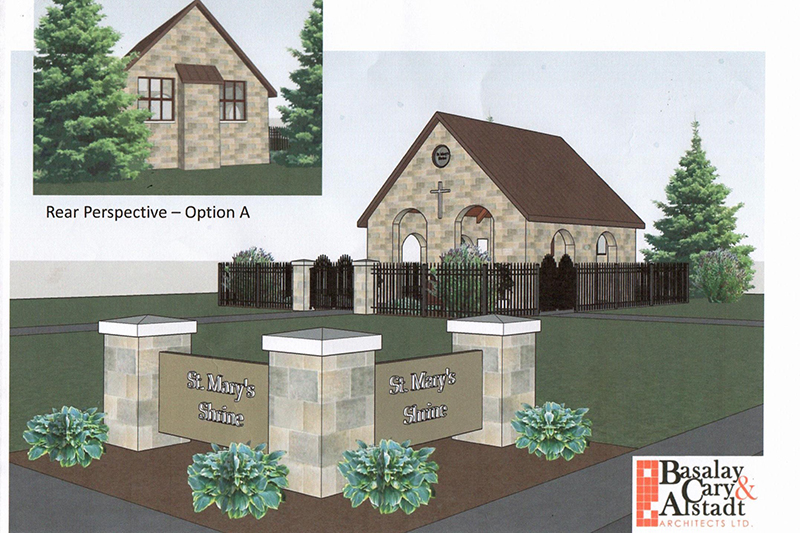 An architect's drawing of the shrine to be built this summer at the site of the former St. Mary Church in Naplate.

NAPLATE — A shrine in honor of the Blessed Virgin Mary will be built this summer on land that until a tornado hit in early 2017 was the site of a Catholic church under her patronage. The open-air shrine will include many items salvaged from St. Mary Church after it was structurally damaged by a […]

CANTON — The deadly natural gas explosion that rocked the downtown square of this Fulton County community on Nov. 16 has also temporarily knocked the faith community of St. Mary Parish out of their damaged church, located just a block east of the blast site. “The good thing is we have somewhere to be,” said […]