In addition to Distinguished Principal Maureen Bentley, two other “distinguished” members of Catholic school communities in central Illinois are being honored by the Diocese of Peoria’s Office of Catholic Schools this year. They are: 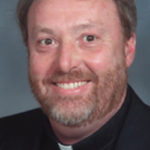 Distinguished Pastor: Msgr. Thomas Mack of Immaculate Conception School, Monmouth. He has been pastor at the Monmouth parish, as well as St. Theresa, Alexis, and St. Patrick, Raritan, since 2012, and serves as chaplain at the St. Augustine Newman Center at Monmouth College. He was named episcopal vicar for rural life for the Diocese of Peoria in 2015.

This award honors pastors who have given “outstanding support to Catholic elementary education.” 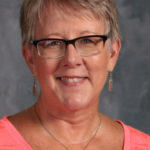 Distinguished Teacher: Connie Lake of Sts. Peter and Paul School in Nauvoo. She has taught at the Nauvoo school for 35 years and currently teaches a combined class of fifth- and sixth-graders. For the last four years her students have been involved in establishing and sustaining a garden to support Monarch butterflies during their annual migration.

The award is given to a teacher who “strives for excellence in teaching, contributes significantly to the learning community, and lives out a clear philosophy of Catholic education.”

Msgr. Mack and Mrs. Lake will be featured in the Catholic Schools Week section of The Catholic Post, which will be published in the Jan. 21, 2018, issue. All of the distinguished educators will be recognized by Bishop Daniel R. Jenky, CSC, and the Office of Catholic Schools during a Mass and luncheon planned for May 9, 2018.

The award is given to a teacher who “strives for excellence in teaching, contributes significantly to the learning community, and lives out a clear philosophy of Catholic education.”