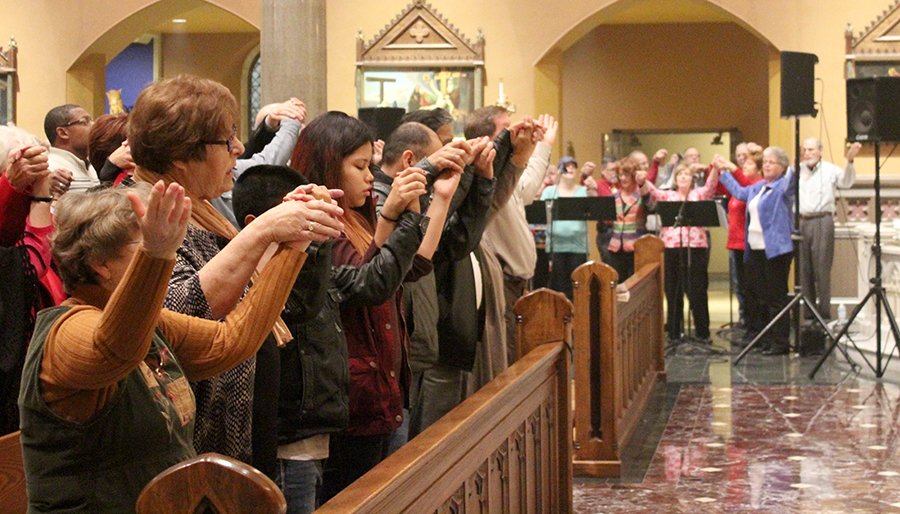 Reaching across the aisles of St. Mary's Cathedral in Peoria, those who have made Cursillo around the diocese praise God during the Our Father at the Mass for the Diocesan Ultreya on Nov. 4. (The Catholic Post/Jennifer Willems)

Monthly gatherings with a reflection, Mass and plenty of time to socialize are a mainstay of the Cursillo experience, but there was nothing ordinary about the Diocesan Ultreya that filled St. Mary’s Cathedral in Peoria Nov. 4. Believed to be the first celebration of its kind, the Ultreya drew representatives from the Northwest Area Cursillo, […]