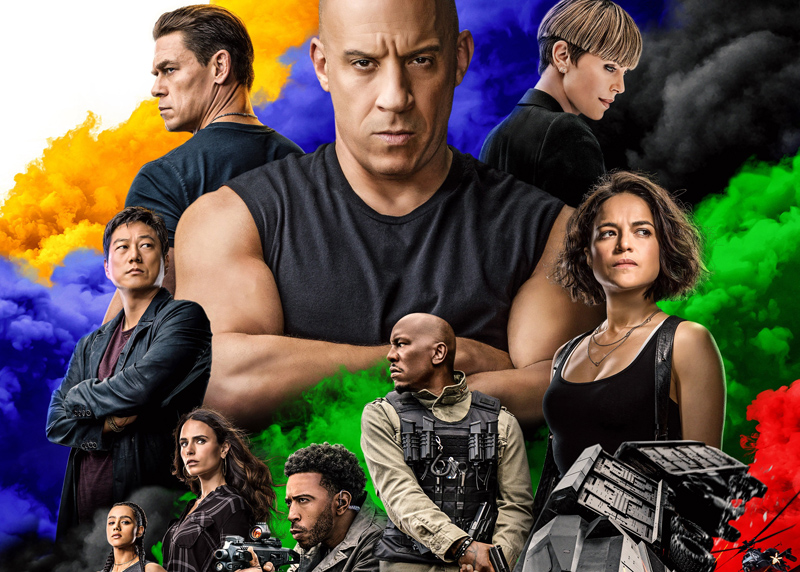 This is the movie poster for "F9: The Fast Saga." The Catholic News Service classification is A-III -- adults. (CNS/Universal)

His past comes back to haunt the retired leader (Vin Diesel) of a crew of street racers when his estranged brother (John Cena) turns out to be the muscle behind the effort of a dictator’s evil son (Thue Ersted Rasmussen) to obtain a high-tech weapon that will give the villain world domination. To foil the scheme, the speed demon reluctantly suspends his happy home life (with Michelle Rodriguez) and rallies his followers (most prominently Tyrese Gibson and Chris “Ludacris” Bridges).

Since the protagonist’s sister (Jordana Brewster) faces a choice similar to his own, over-the-top action sequences are interspersed with debates about the proper balance between duty and domestic happiness in director and co-writer Justin Lin’s addition to the popular “Fast & Furious” franchise. Nondenominational religious flourishes and an emphasis on the value of family offset occasionally intense showdowns and some unsavory vocabulary, making the film acceptable, on balance, for a broad swath of grown-ups.

Much stylized, though sometimes harsh, violence, brief anatomical humor, at least one use of profanity, about a dozen milder oaths, numerous crude and crass terms. The Catholic News Service classification is A-III — adults. The Motion Picture Association rating is PG-13 — parents strongly cautioned. Some material may be inappropriate for children under 13.