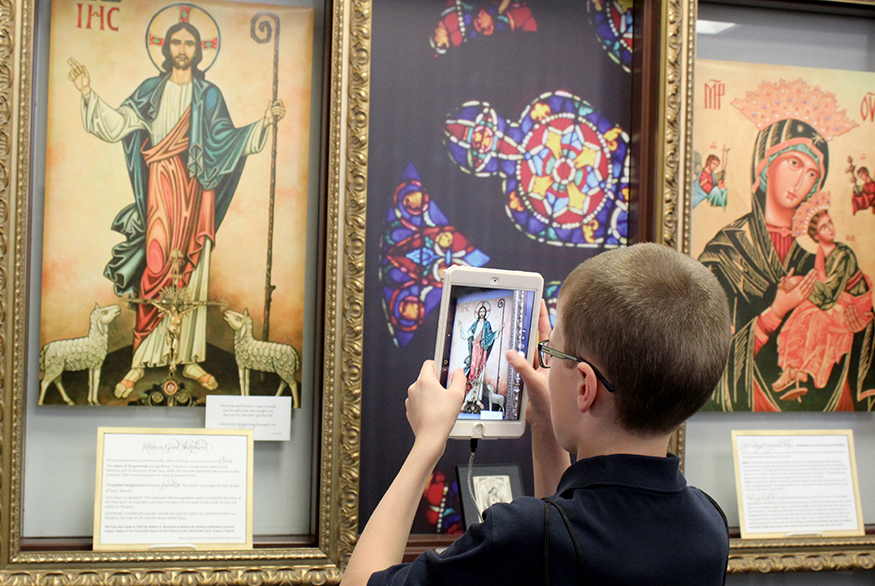 The beauty seen and expressed in a new exhibit at the Diocesan Museum is enough to give anyone a faith lift.

“Lift Up Your Hearts: Sacredness, Art, Beauty” is the theme of a display that opened in March and will continue through December. The Diocesan Museum is located in the Spalding Pastoral Center in Peoria in space next to the permanent Archbishop Fulton Sheen Museum. 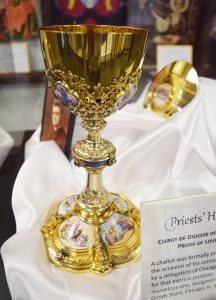 Visitors will find just a sampling of the art that lifts hearts daily in churches and homes around the diocese.

There are photographs of the interior of St. Mark Church in Peoria, which is a diocesan shrine to Italian painter Fra Angelico; the mosaic from the altar at St. John’s Catholic Chapel at the University of Illinois in Champaign; and intricately detailed tabernacles from Epiphany Church in Normal. 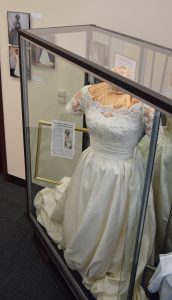 This wedding dress has family ties to Archbishop Fulton J. Sheen and has been worn by three generations of brides. (The Catholic Post/Tom Dermody)

Eyes will be drawn to a magnificent chalice that priests from Chicago gave to former Bishop Edmund Dunne upon his consecration in 1909, and ornate priestly vestments also from that era.

“The priest doesn’t vest to draw attention to himself, but to what he does,” said Sister Lea Stefancova, FSJB, a diocesan archivist who coordinates the exhibits and gives tours at the museums. “They are meant to remind us of grace.”

There are several examples of lace, including Belgian lace from Sacred Heart Parish in Moline, as well as altar linens and even fine lace adorning century-old holy cards. A can’t-miss is the wedding dress encased on the exhibit’s far wall. It has been worn by brides of three generations, the first being Yolanda Tomaiuoli in 1960 when she married Thomas Reed Holliger, a cousin of Archbishop Sheen. It was selected for the bride by Archbishop Sheen himself, who officiated at the wedding. The dress was loaned to the exhibit by Rosemarie Costello, its second generation owner. 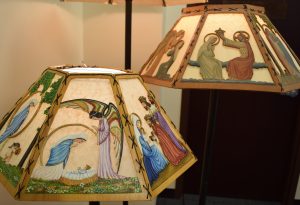 Lampshades with detailed religious themes were created with painted driftwood by Sister Roswitha Esch, OSF, a former medical photographer for St. Francis Hospital in Peoria who died in 1980. (The Catholic Post/Tom Dermody)

“This is not a world art gallery,” acknowledged Sister Lea, “but there are enough little things that have the power to lift up your heart.” Among them are sketches and paintings by the late Bob Cleary, principal of the former Bergan High School in Peoria who was a quadriplegic, and three winners of a Catholic High Schools Art Contest. (See related story below.)

Interspersed with the images and artifacts is the artistry of the written word, from St. Francis of Assisi to Archbishop John Lancaster Spalding, the Diocese of Peoria’s founding bishop. Perhaps the exhibit is best summed up by this quote from Archbishop Spalding:

“Whosover loves longs for poetry, music, song, pictures, flowers, or whatsoever else is beautiful . . . . From basest matter his faith forms wings with which he would raise himself to companionship with Heaven. He longs for symbols which, by expressing, however poorly, his sense of God’s presence, may strengthen and define his faith and hope and love. His strong desire creates, religion is clothed with beauty, and art is born.”

Found among century-old embroidered holy cards, ornate chalices, and other historic pieces in the Diocesan Museum’s exhibit on the sacredness, art and beauty are three fresh works by budding artists from Catholic high schools in the Diocese of Peoria.

The three were selected by Bishop Daniel R. Jenky, CSC, from among 24 entries in a Catholic high schools art contest last fall conducted by the museum in cooperation with the Office of Catholic Schools. The contest invited high school artists to create Catholic-themed works that focused on their school’s patron or Venerable Archbishop Fulton J. Sheen.

The three winning entries now on display are pictured below. Beneath their creations are comments from the young artists. 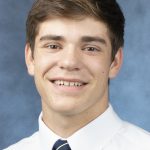 “Every day for the past four years, as I walk into school and pass by her statue, she has been eyeing me silently, pushing me to do my very best. As the patron saint of Catholic schools, specifically ours, she guides me through my classes growing closer to God. Before I started painting, I prayed about how to depict her. The reason behind the monochromatic painting is its simplistic mood that reflects a faith-filled life that ultimately leads to heaven.” — Samuel Mason 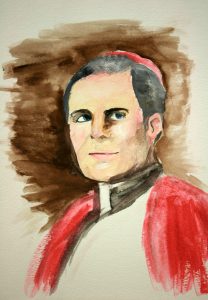 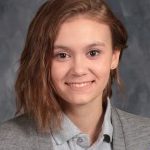 “I created the portrait to be incomplete with messy lines, little shading, and visible brush strokes to show how his work was incomplete. God’s work is incomplete. Humans are messy and can bring out darkness in each other, but he brought light. It was said that Fulton J. Sheen was a light in the darkness. He never thought of himself as perfect and used the light in his heart to help others.” — Flynn Marquart 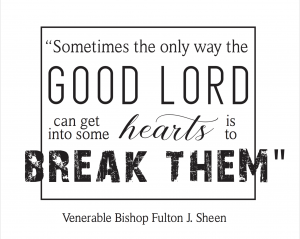 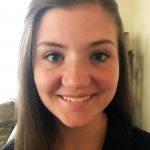 “This quote by Bishop Fulton Sheen spoke to me. I feel like it applies to a lot of people. When people go through a tough time, they sometimes lose faith, but this quote presents a hopeful perspective on those situations. The moment I read it, I was inspired to create a piece about it, so that others could be reminded that even when things seem grim, God has a plan for us always.” — Emma Mueller

All participants received a second-class relic of Archbishop Sheen — a piece of his vestment — and a keepsake prayer card of Our Lady of Perpetual Help, patroness of the Diocese of Peoria. In addition to having their work displayed, the three winners also received a pictorial book about Archbishop Sheen titles “Man for All Media.”