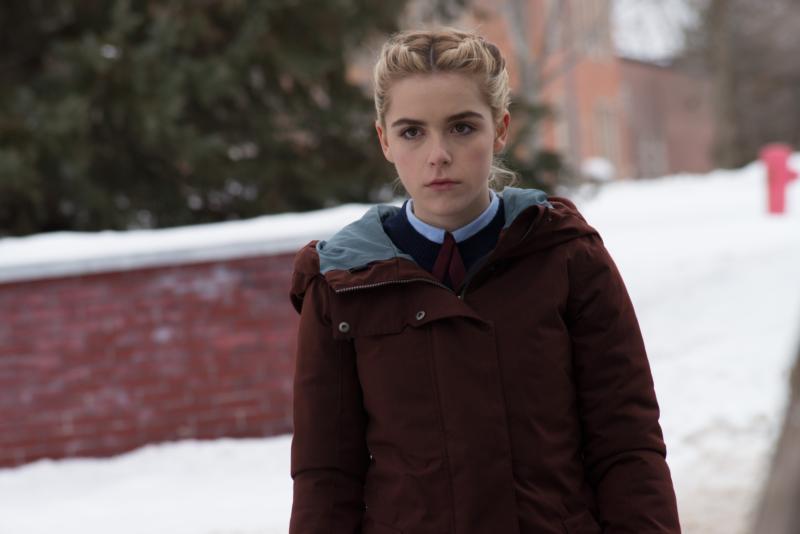 Kiernan Shipka stars in a scene from the movie "The Blackcoat's Daughter." The Catholic News Service classification is A-III -- adults. (CNS/A24)

Stylish and very adult demon-possession drama set at a Catholic boarding school in the dead of winter. There an old-fashioned fiend, complete with two horns, inhabits a glowing basement coal furnace and uses a hallway pay phone to command a gloomy freshman (Kiernan Shipka) to carry out murderous sacrifices.

Writer-director Oz Perkins keeps the gore factor comparatively low, emphasizing instead slow-building psychological horror, spooled out slowly through interlocking, time-shifting plot lines which also take in the lives of another current student (Lucy Boynton) and a former one (Emma Roberts). It eventually falls to a kindly priest (Greg Ellwand) to bring some clarity to the mayhem, although the film is so vested in its deceptive ending, Christian belief is only pro forma.