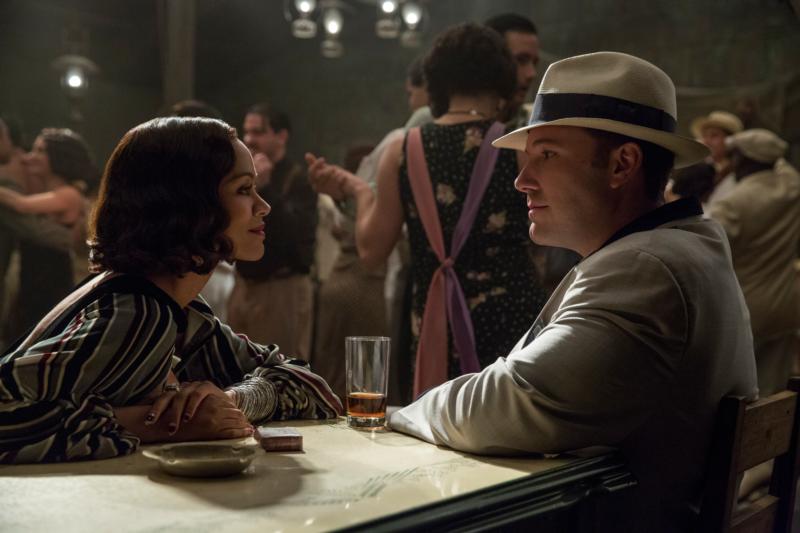 Zoe Saldana and Ben Affleck star in a scene from the movie "Live by Night." The Catholic News Service classification is L -- limited adult audience, films whose problematic content many adults would find troubling. (CNS/Warner Bros.)

Style trumps substance in this glossy crime drama tracing the rise of a Boston-bred gangster (Ben Affleck, who also wrote and directed) in the Florida of the 1920s and ’30s. After a near-fatal conflict with the Irish-American kingpin (Robert Glenister) with whose girlfriend (Sienna Miller) he was having an affair, he seeks to avenge himself by allying with his enemy’s principal rival (Remo Girone), the leader of the Hub’s Italian mafia. Dispatched to the outskirts of Tampa to supervise his new boss’ rum-running racket, he falls for the elegant scion (Zoe Saldana) of a wealthy but shady Cuban family and clashes with a local evangelist (Elle Fanning) over his plans to build a casino.

Morality, social commentary and Christianity of the revival meeting variety are all part of the mix in Affleck’s serious-minded adaptation of Dennis Lehane’s best-selling novel. But the faith on display is tattered, the ethics muddled and any consistent message gets lost amid the climactic hail of bullets.