By now it has fallen out of this newspaper, that white envelope addressed to The Catholic Post. Maybe you’ve set it aside on the coffee table or on your desk. Maybe it annoyed you when it dropped out and you had to bend to pick it up. Sorry about that. That envelope is important to […] 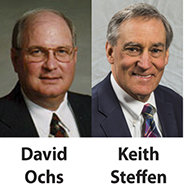 The turn of the calendar to 2015 meant a major turn of the page in the leadership of two Catholic medical centers in the Diocese of Peoria. The changes were set in motion by the announced retirements at year’s end of two men who have dedicated much of their careers to Catholic health care in […]

Resolve in 2015 to deepen relationship with Jesus: 7 tips 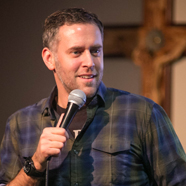 Photo Caption: Enjoy life, unplug, pray, meet regularly with other believers, live for others, go to Mass, and deal with yesterday, urged Chris Stefanick (pictured). We can’t think of any better resolution to make as 2015 begins than to resolve to deepen our relationship with Jesus in the new year. At the Diocese of Peoria […]

Success beyond football at Peoria Notre Dame this season

The sports reports told the story that the most successful football season in Peoria Notre Dame’s high school history ended with a 32-25 loss to Lemont in the Class 6A state football playoffs on Nov. 22. Both schools were undefeated entering the hard-fought contest, and the Irish’s magical season ended with a stellar record of […]

Around tables prepared for a feast next Thursday — as well as around the Table of the Lord — families across the Diocese of Peoria will call to mind their blessings. As Thanksgiving Day approaches, we offer the following list as a starter for the many reasons Catholics throughout Central Illinois have to thank God […]

Tornado anniversary on Nov. 17 a time to reflect and give thanks

The Thanksgiving holiday isn’t until 10 days later, but gratitude will surely be a common theme of the many observances on Nov. 17 marking the first anniversary of the tornadoes that struck central Illinois, devastating communities including Washington and Gifford. There will be gratitude to God for lives spared — interrupted certainly, and made more […] 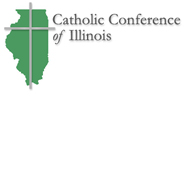 EDITOR’S NOTE: As we approach the Nov. 4 midterml election, our Illinois bishops offer a few words of guidance for voters before they cast their ballots. The following was provided by the Catholic Conference of Illinois, the public policy voice of the Illinois bishops. —– This November we will have the opportunity to cast our […]

Make them hear you

In late summer I had the honor of being in a local community theater production of the musical “Ragtime.” Near the end of the play, which is about racial and social injustice, change, and redemption, the character Coalhouse Walker Jr. sings the powerful anthem, “Make Them Hear You.” Find it on YouTube. It’s well worth […]

Some aspects of Cursillo, the weekend retreat that has brought so many closer to Christ, can be measured. How many years since the first weekend took place in our diocese? Fifty. How many weekends have been conducted since then? About 1,070. How many people, both Catholic and non-Catholic, have taken part? More than 40,000. What […] 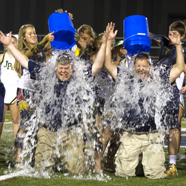 I’ve always enjoyed time travel stories. Lately, I wish I could go back to last November and a meeting of The Catholic Post’s board of directors. I’d love to see their reaction as I announce: “I’ve got a novel idea for the newspaper’s 2014 Delivering Unity Campaign. It will use social media. We’ll have someone […]