Catholic leaders across U.S. see Chauvin verdict as a call for more action 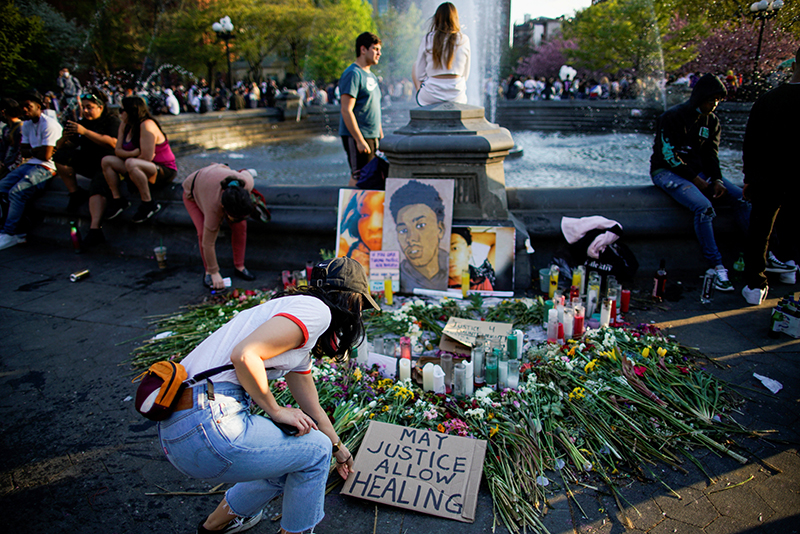 By Carol Zimmerman / Catholic News Service WASHINGTON (CNS) — Although Catholic leaders across the country called the April 20 jury verdict in the Derek Chauvin trial a moment of justice, they also stressed there is still a lot of work to do to move toward healing. Archbishop Bernard A. Hebda of Minneapolis and St. […] 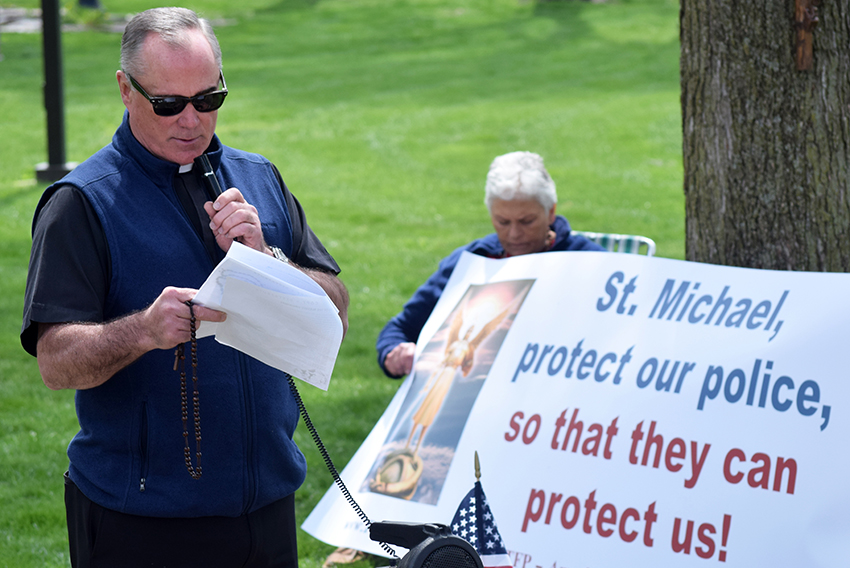 Father Gary Caster leads about 100 people in the rosary and other prayers for the protection and guidance of police on April 17 at Washington Square Park in Ottawa. The public square rosary was one of many across the United States on a theme planned months in advance by the organization America Needs Fatima. (The Catholic Post, Peoria/Tom Dermody)

OTTAWA — Before leading nearly 100 people who gathered April 17 in Washington Square Park here in the rosary and other prayers for the protection and guidance of police, Father Gary Caster acknowledged this is “a difficult time in our country.” The April rally was one of many across the United States whose theme was […]

Students in Barb Crew's second grade class at Trinity Catholic Academy in LaSalle wrote letters to Pope Francis and received a reply on April 19 (being held by William Orteza). It came at a good time, since they were preparing to make their First Reconciliation that evening and had asked for the Holy Father's prayers. (Provided photo)

LASALLE — Second-graders at Trinity Catholic Academy had a little extra prayer support as they received the sacrament of reconciliation for the first time on April 19. It came in the form of a letter from Pope Francis himself. Accompanying the letter, sent by Msgr. L. Roberto Cona of the Vatican Secretariat of State, was […]

In the litany of events cancelled or postponed because of COVID-19, the Diocese of Peoria’s annual Men’s March may seem like a minor one. It’s not as personal as a high school graduation, nor on a global scale such as the 2020 Olympics. But as the Feast of St. Joseph the Worker nears on May […] 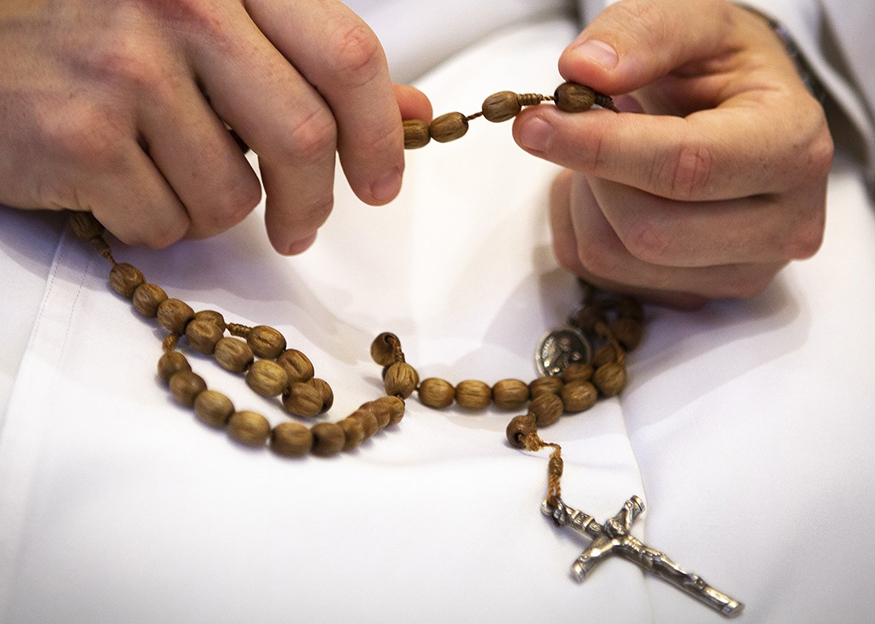 "When I hold my rosary . . . I sense a cord of connection to Our Lord and Our Lady," writes columnist Paul Thomas Moore.

In My Father’s House / By Paul Thomas Moore Every day I hold on to my health, my happiness, my marriage, my peace of mind, my finances, by the slenderest of threads. There’s no particular matter of concern for me in any of these areas right now, today. It’s just that life has taught me that […]

Katie Faley: Marveling at glimpses of God’s majestic beauty in a spring garden 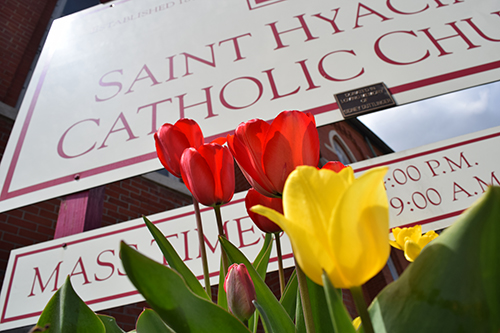 Tulips bloom outside St. Hyacinth Church in LaSalle. Columnist Katie Faley says "when the tulips, lilies, and daffodils pop up on their own around Easter . . . it's an easy reminder that, with Jesus, we die and rise with new life." (The Catholic Post/Tom Dermody)

Cause of Our Joy / By Katie Faley The sunny days we have had these last few weeks have me feeling ready to shake off the winter blues. As ambivalent as I can feel about winter when it lingers around a little too long, I am very thankful that I live in an area with […]

Salesian priest from Colombia is visiting this spring, serving in Hispanic ministry 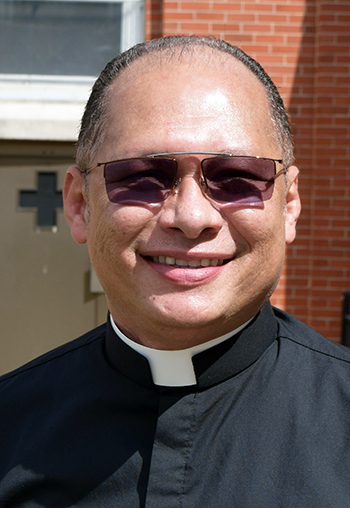 LASALLE — A Salesian priest from the South American nation of Colombia is spending this spring in the Diocese of Peoria assisting with Hispanic ministry and discerning God’s plans for his future. Father Fabian Alberto Cabarcas Rua arrived in the diocese March 9 and has already traveled widely, bringing the Gospel and his own joyful […] 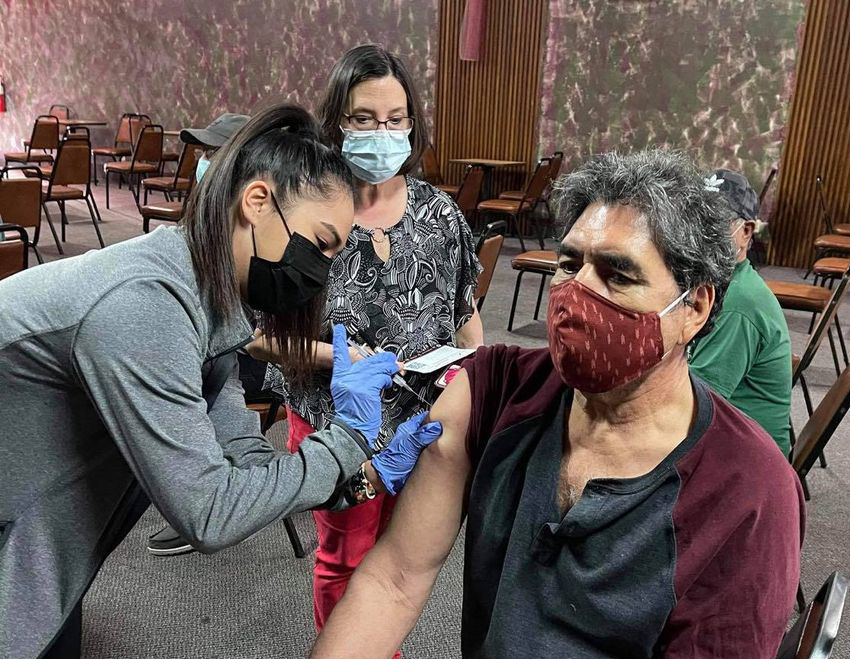 LASALLE — Father Fabian Alberto Cabarcas Rua was first in line April 6 to receive a vaccination for COVID-19. Nearly 400 more of this region’s Spanish-speaking population would follow during a daylong clinic at the Flamingo Banquet Center here. “We put him there so people could see him, so they would not be afraid,” said […]

Book by local author Devin Shadt is a gift to men in Year of St. Joseph 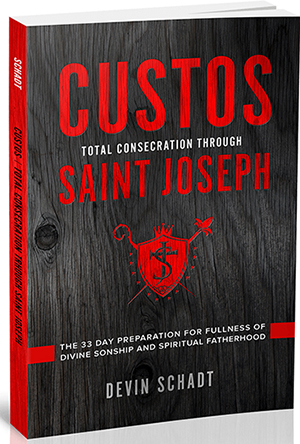 Reviewed by Father Luke Spannagel Happy Year of St. Joseph to everyone!  I hope growing with and praying with St. Joseph is strengthening you all. This past Solemnity of St. Joseph on March 19, I completed a consecration to St. Joseph using a gift I received for Christmas: “CUSTOS Total Consecration through Saint Joseph.” If […]

Service is real key to our salvation 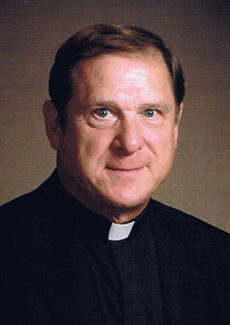