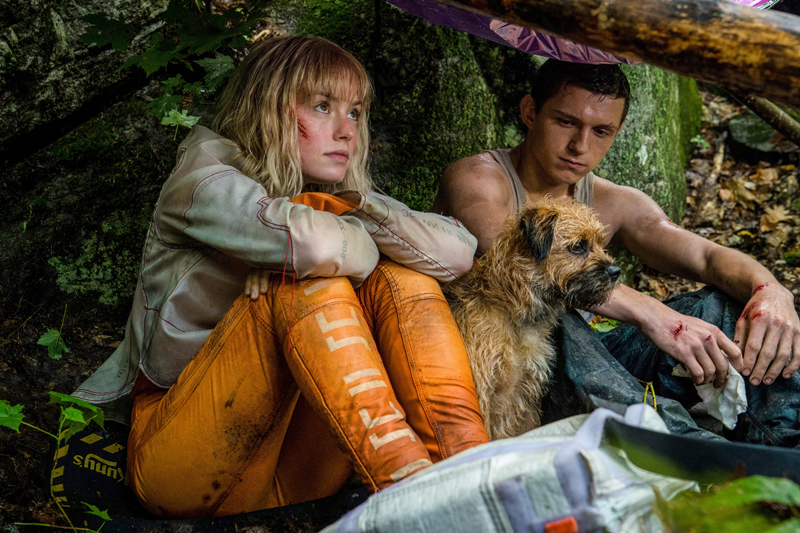 Dull dystopian science fiction drama, set in the distant future on a planet colonized by humans, pairs a teen inhabitant (Tom Holland) of its all-male community with a recently arrived astronaut (Daisy Ridley), the first woman he has ever seen. As they journey in search of a communications device that will enable her to warn her still-airborne comrades that a trap has been laid for them by the local authorities (led by Mads Mikkelsen), revelations emerge about the fate of the original female settlers while the lad’s awkward adolescent reactions to his companion’s presence are laid bare by the fact that men’s thoughts (though not women’s) take audible and sometimes visible form in this world, and thus can only be concealed with great difficulty.

Director Doug Liman’s screen version of Patrick Ness’ 2008 young adult novel “The Knife of Never Letting Go” features a chaste central relationship but has little else to recommend it. The figure of a loony preacher (David Oyelowo) incoherently spouting biblical-sounding rhetoric will prove an added irritant to viewers of faith.

Considerable stylized violence with brief gore, a glimpse of rear male nudity in a nonsexual context, about a half-dozen mild oaths, a single rough term, pervasive crude and some crass language. The Catholic News Service classification is A-III — adults. The Motion Picture Association rating is PG-13 — parents strongly cautioned. Some material may be inappropriate for children under 13.