Priests get directives on Mass, sacraments during this ‘difficult moment in history’ 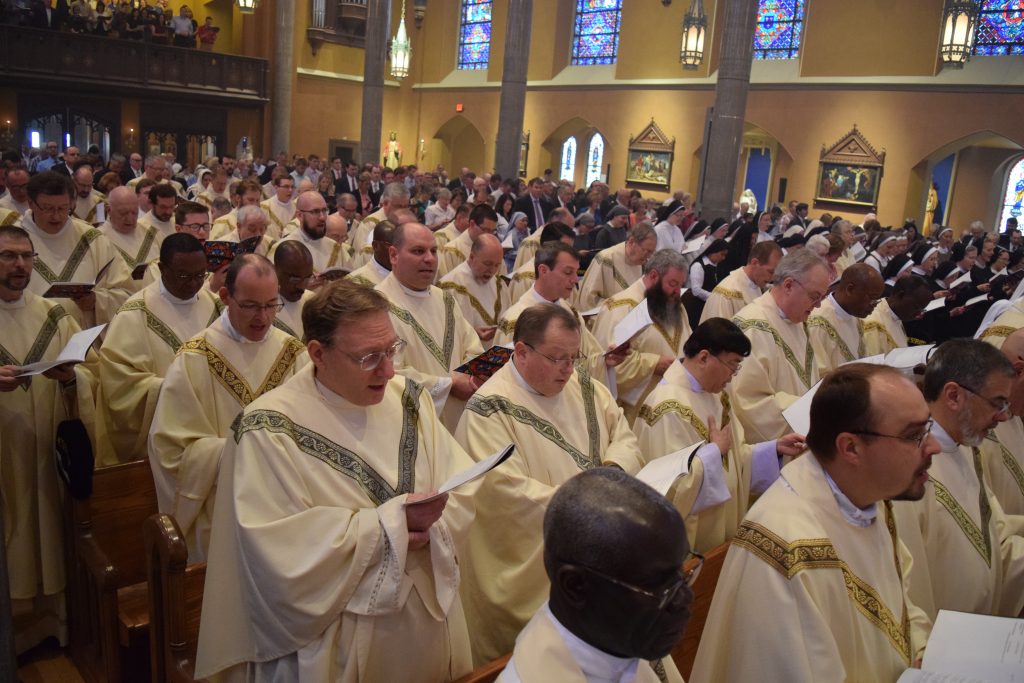 Priests of the Diocese of Peoria are shown at last May's Mass of Ordination for Father Daniel McShane at St. Mary's Cathedral. (The Catholic Post file/Tom Dermody)

“I suspect that we shall remember these times for the rest of our lives.”

So wrote Msgr. Philip D. Halfacre, vicar general, in a letter to priests of the Diocese of Peoria after Bishop Daniel R. Jenky, CSC, suspended all Masses March 13 because of coronavirus concerns.

The letter to priests included a series of directives on pastoral care and the administration of the sacraments to help priests serve their people with “prudence and appropriate caution at this difficult moment in history.” 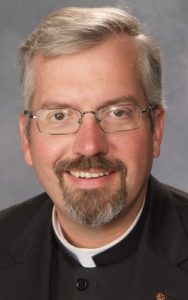 The directives offer guidance not only on the celebration of Mass but also funerals, weddings, baptisms, confirmation, anointing of and Communion for the sick, confession, keeping churches open, and parish events and activities.

The March 13 directives are in effect until further notice, though Msgr. Halfacre noted “additional ones will surely follow.” The full list of directives are printed below and also appear, along with the full letters from Bishop Jenky and Msgr. Halfacre, on the homepage of the Diocese of Peoria, cdop.org, where they will be updated regularly.

“We are all in this together, as brother priests to one another and as spiritual fathers to the people we serve,” wrote Msgr. Halfacre, who was appointed vicar general last October and also serves as pastor of St. Michael the Archangel Parish in Streator.

“We realize that our decisions regarding sacred worship will greatly disturb people’s lives,” he continued. “Nevertheless, our efforts are aimed at protecting those entrusted to our care – especially the most vulnerable among us, such as the elderly and those who are in delicate or compromised health.”

Following are the directives in effect for the Diocese of Peoria as of March 13:

THE CELEBRATION OF HOLY MASS

ANOINTING OF THE SICK

HOLY COMMUNION TO THE SICK