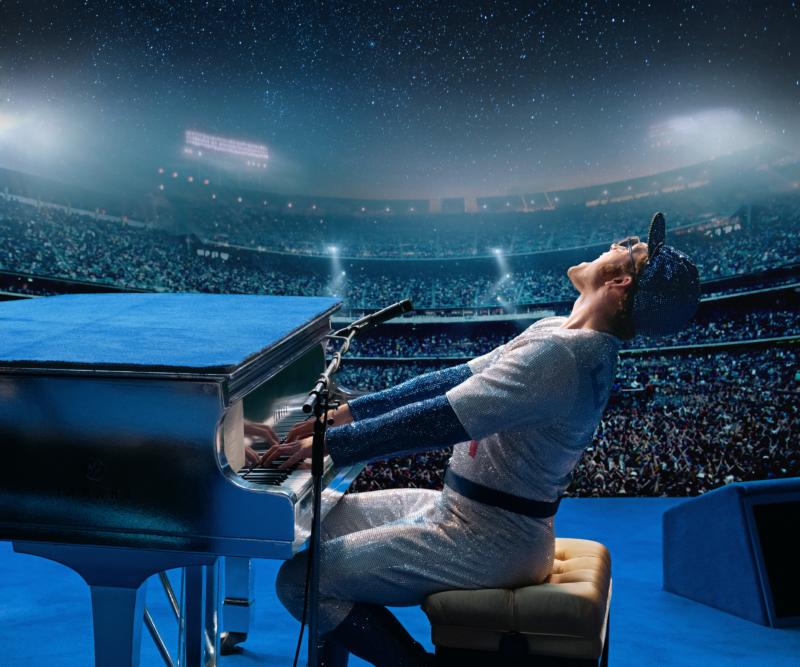 Taron Egerton stars in a scene from the movie "Rocketman." The Catholic News Service classification is O -- morally offensive. (CNS/Paramount)

Though polished and generally appealing, this musical fantasy recounting the early life of rock star Elton John (Taron Egerton) deals with his homosexuality in a way that puts it at odds with scriptural values.

Born to self-centered, perpetually quarreling parents (Bryce Dallas Howard and Steven Mackintosh), young Reginald Dwight (Matthew Illesley, later Kit Connor) has an unhappy childhood relieved only by the kindness of his grandmother (Gemma Jones) and his gift as a musical prodigy. Partnering with lyricist Bernie Taupin (Jamie Bell) and adopting his stage name, he gains fame with a smash debut at a Los Angeles nightclub. But bad professional and personal choices, principally involving his combined romantic and business ties to manager John Reid (Richard Madden), lead to a downward spiral of addiction.

Upbeat renditions of John’s hits give director Dexter Fletcher’s film something of the feel of old Hollywood. Other scenes, by contrast, are all too contemporary in their portrayal and celebration of the singer-songwriter’s lifestyle.