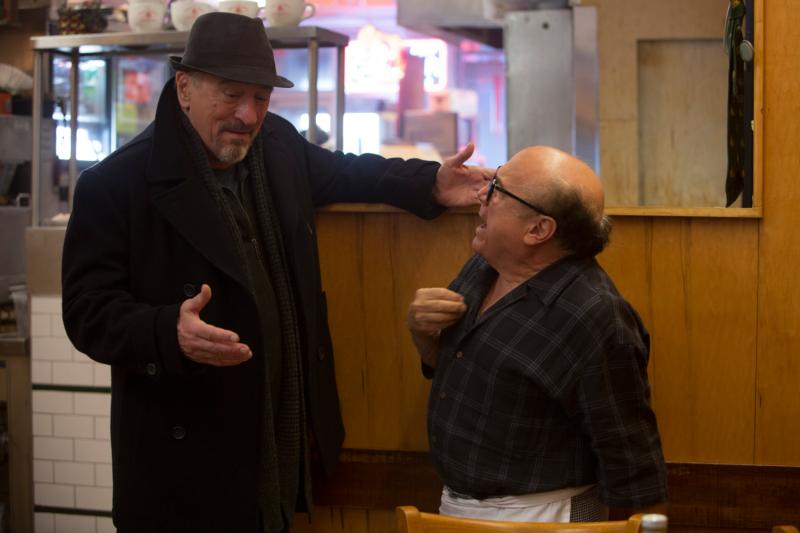 Robert De Niro and Danny DeVito star in a scene from the movie "The Comedian." The Catholic News Service classification is A-III -- adults. (CNS/Sony Pictures Classics)

Mirthless story of an aging insult comic (Robert De Niro) who tries to revive his career and get out from under the burden of being best-known for his role in a catchphrase-laden 1980s sitcom. But his anger issues get in the way both at work and in his relationships (most significantly with girlfriend Leslie Mann).

Director Taylor Hackford and a quartet of screenwriters capture a bickering, yet affectionate, show business milieu. But in De Niro’s sour protagonist they have too unpleasant a character to sustain a compelling story.