“The Birth of a Nation” (Fox Searchlight) 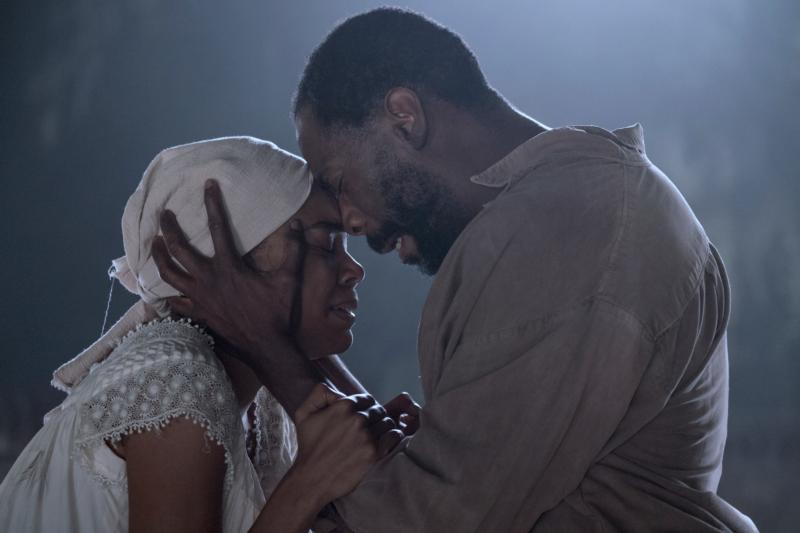 Gabrielle Union and Colman Domingo star in a scene from the movie "The Birth of a Nation." The Catholic News Service classification is A-III -- adults. (CNS/Fox)

Nate Parker wrote, directed and stars in this moving dramatization of the life of Nat Turner, an enslaved Virginian whose eponymous 1831 rebellion represented the most serious challenge of its kind ever posed to slavery in the antebellum South.

Taught to read at an early age, Turner becomes a preacher whose gifts are turned to perverse use when his master (Armie Hammer), for a fee, has him tour nearby plantations delivering sermons in favor of submission. But the range of inhumanities he witnesses along the way, together with brutalities inflicted on his beloved wife (Aja Naomi King) and himself lead him to view the message of Scripture in an entirely new light.

Christian faith is obviously central to Parker’s debut film; so, too, are the moral issues raised by the brief but bloody uprising he chronicles. Parker handles all this with sensitivity and subtlety while nonetheless presenting Turner in an unequivocally positive light. The educational value of this engrossing profile would normally suggest expanding its audience to include at least some teens. Yet the amount of cruelty inherent in this story is so extensive that even many mature viewers will find it difficult to endure.

Strong gory violence, including torture and an off-screen rape, a scene of marital intimacy, upper female nudity, a few uses of profanity, a handful of crude and crass terms. The Catholic News Service classification is A-III — adults. The Motion Picture Association of America rating is R — restricted. Under 17 requires accompanying parent or adult guardian.