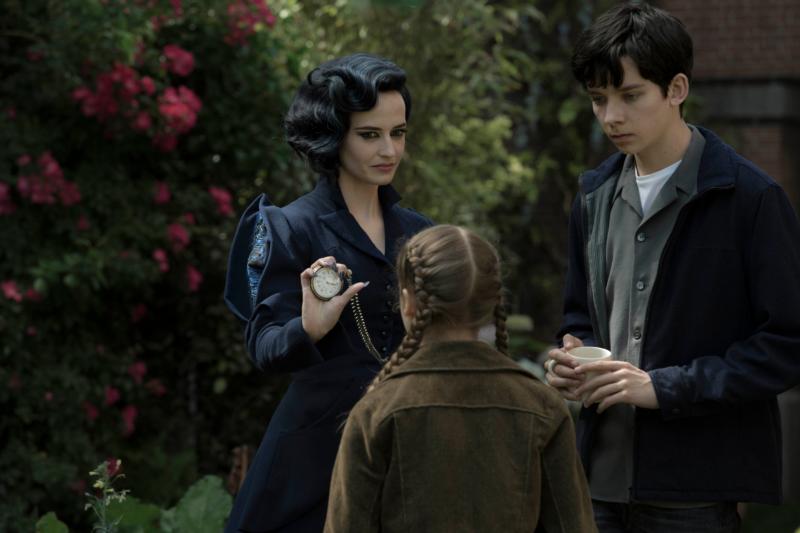 Following the mysterious death of his beloved grandfather (Terence Stamp), a Florida teen (Asa Butterfield) convinces his dad (Chris O’Dowd) to take him to the remote island off the coast of Wales where the old man had been sent during World War II to see if the otherworldly tales grandpa used to tell him about the institution of the title (run by Eva Green) could possibly be true.

A complicated premise and the head-scratching implications of time travel hobble director Tim Burton’s otherwise mildly entertaining gothic fantasy, populated by kids endowed with paranormal gifts and adapted from Ransom Riggs’ 2011 novel.  As the lad falls for a girl (Ella Purnell) who can float in the air and battles an eyeless villain (Samuel L. Jackson), familiar Hollywood tropes about the value of being different from everyone else and substituting a self-selected family for an inadequate biological one are trotted out yet again.

While too scary for tots, the film is generally well suited for their older siblings, the occasional touch of slightly vulgar language aside.

Much stylized violence with minimal gore, some disturbing images, at least one use of profanity, a milder oath, a few crass terms. The Catholic News Service classification is A-II — adults and adolescents. The Motion Picture Association of America rating is PG-13 — parents strongly cautioned. Some material may be inappropriate for children under 13.