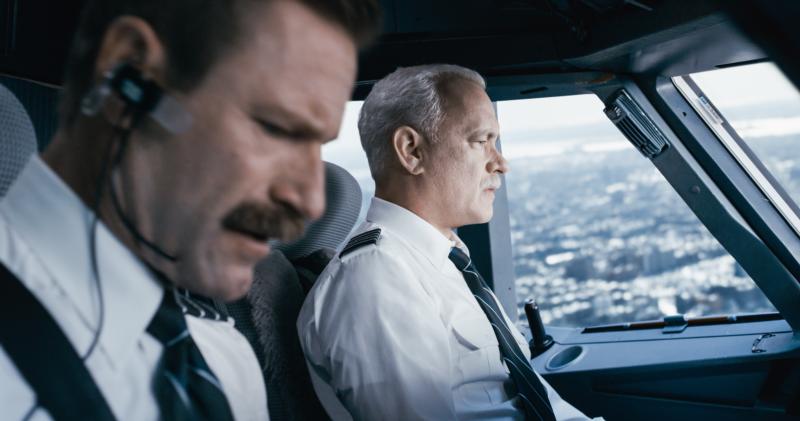 Arron Eckhart and Tom Hanks star in a scene from the movie "Sully." The Catholic News Service classification is A-III -- adults. (CNS/Warner Bros.)

Satisfying profile of US Airways pilot Capt. Chesley “Sully” Sullenberger (Tom Hanks), whose 2009 feat in landing his crippled plane on the Hudson River and saving the lives of all on board gained him instant fame. Though immediately embraced as a hero by the public, behind the scenes he was second-guessed by federal investigators (led by Mike O’Malley) and tortured by self-doubt.

In adapting Sullenberger’s memoir “Highest Duty,” director Clint Eastwood maintains a surprisingly sober tone overall, though there are also moments of enjoyable wit. What emerges is the portrait of a morally deep-rooted and honorable man whose heartfelt concern for those in his charge is matched by his appreciative attitude toward his co-pilot (Aaron Eckhart) and the mutually supportive love he shares with his wife (Laura Linney). Despite some salty language, these ethical assets make the film possibly acceptable for older adolescents.

Potentially disturbing scenes of peril and destruction, at least one use each of profanity and the F-word, about a dozen crude or crass terms. The Catholic News Service classification is A-III — adults. The Motion Picture Association of America rating is PG-13 — parents strongly cautioned. Some material may be inappropriate for children under 13.