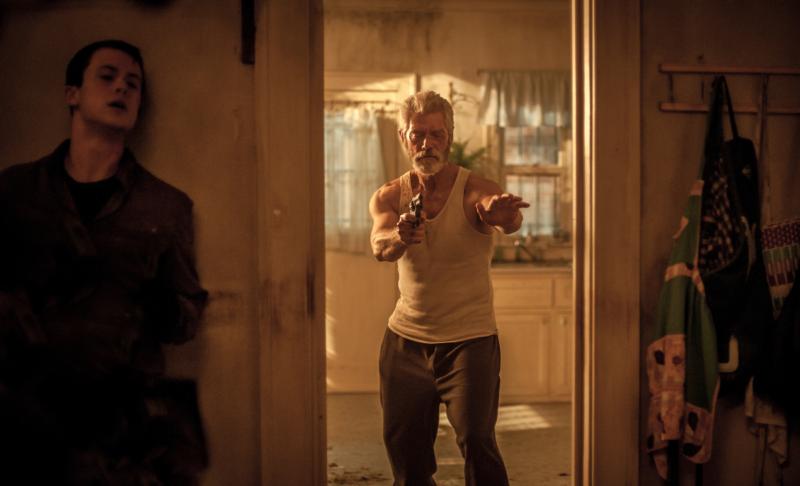 Three petty criminals (Jane Levy, Dylan Minnette and Daniel Zovatto) get more than they bargained for when they break into the isolated home of a blind, reclusive veteran (Stephen Lang) hoping to steal the large settlement he was awarded after his daughter was killed by a reckless driver.

Director and co-writer Fede Alvarez is fairly restrained in his presentation of the mayhem that follows as the loner turns out to be anything but an easy mark, and the result is a generally effective thriller. Yet, as the action progresses, plot developments begin to strain the laws of logic. More significantly, perverse behavior and the horror equivalent of gross-out humor creep in, and creep out the audience in a way those seeking casual entertainment are unlikely to appreciate.

Intense violence with some gore, a disturbing sequence involving a bizarre sexual assault, brief scatological humor, a couple of uses of profanity, much rough and crude language, an obscene gesture. The Catholic News Service classification is L — limited adult audience, films whose problematic content many adults would find troubling. The Motion Picture Association of America rating is R — restricted. Under 17 requires accompanying parent or adult guardian.