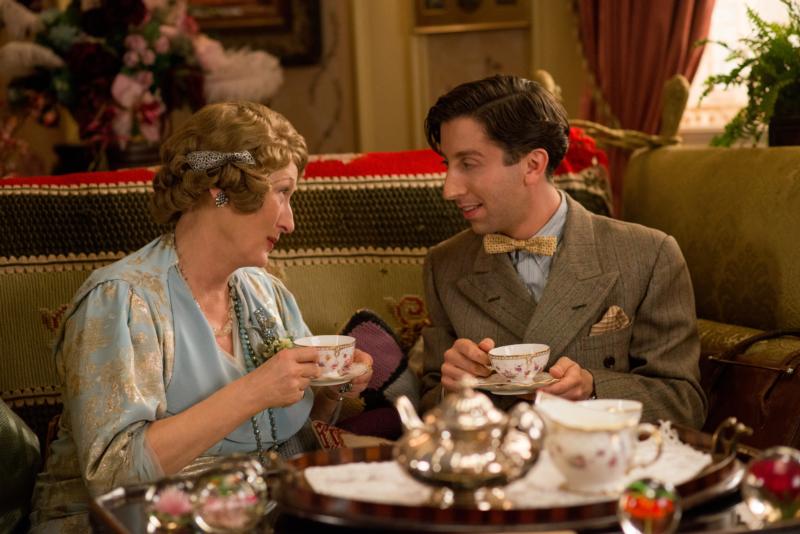 Moral complications limit the appropriate audience for director Stephen Frears’ charmingly eccentric, fact-based profile of the titular New York socialite (Meryl Streep) whose yearning to take to the stage as a singer of operatic arias and similar works, though motivated by a genuine love of music, was undercut by her spectacular lack of talent.

Protecting her from the truth about her voice, which is, in fact, excruciating to a point that’s unavoidably comic, becomes a full-time job for her husband (Hugh Grant), a failed British actor. Though he gains an ally in this effort when a sympathetic young pianist (Simon Helberg) comes on board as the singer’s accompanist, the duo of defenders faces heightened stakes when she insists on booking Carnegie Hall for a night.

With characteristic deftness, Streep gets across both the full ridiculousness and the touching pathos of the situation. But her complex marital arrangement, and her spouse’s concurrent relationship (with Rebecca Ferguson), though mitigated by extenuating circumstances, require viewer discernment.

Possibly acceptable for especially insightful older teens. Mature themes, including adultery and venereal disease, a morning-after bedroom scene, vague references to homosexuality, at least one profanity, a couple of uses each of crude and crass language. The Catholic News Service classification is A-III — adults. The Motion Picture Association of America rating is PG-13 — parents strongly cautioned. Some material may be inappropriate for children under 13.