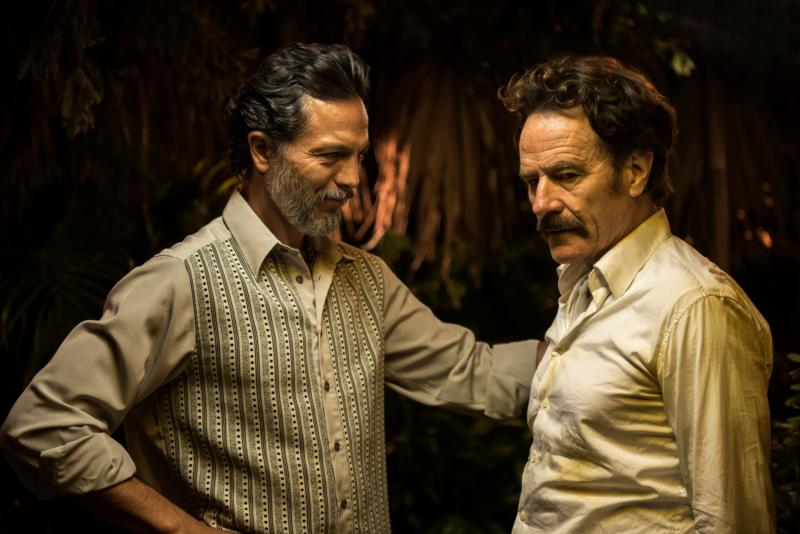 Benjamin Bratt and Bryan Cranston star in a scene from the movie "The Infiltrator." The Catholic News Service classification is A-III -- adults. (CNS/Broad Green Pictures)

Bankers, not cocaine smugglers, are the real villains in this lackluster adaptation of Robert Mazur’s memoir of his takedown of the Medellin drug cartel in the 1980s.

Mazur (Bryan Cranston), a U.S. Customs agent, passes himself off as an international financier by day, yet manages to return each evening to a quiet domestic life in Tampa, Florida. Though his false persona comes complete with an elaborate fake office and a private aircraft supplied through government seizure, his struggle with an array of bad guys — including a flamboyant Colombian drug lord (Yul Vazquez) and the kingpin’s chief distributor (Benjamin Bratt). — also involves fighting gun battles and getting run off roads in high-speed chases.

This obviously must have taken a psychological toll. But, working from a script by his mother, Ellen Brown Furman, director Brad Furman downplays this aspect in favor of keeping the multinational deceptions going. Somewhere along the way, the suspense goes missing.