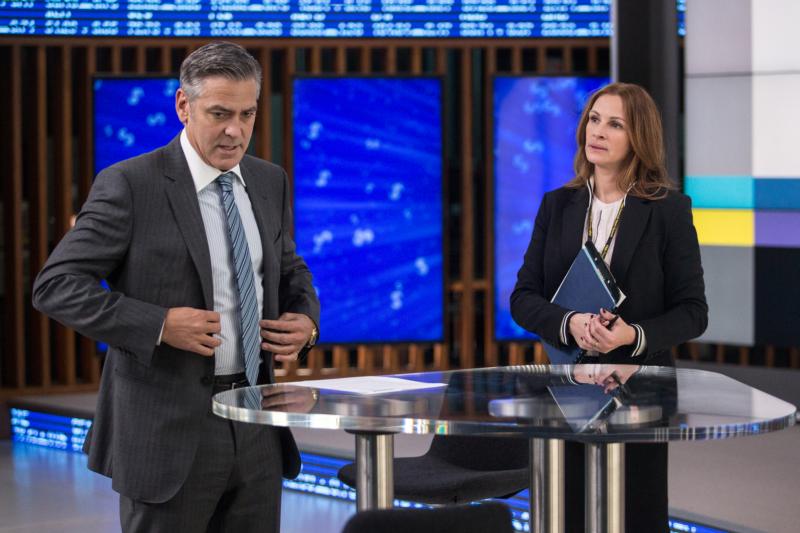 The flamboyant host (George Clooney) of a TV investment show gets his comeuppance when an angry viewer (Jack O’Connell) who was ruined by following his bum advice takes him hostage on air in this entertaining but evanescent thriller from director Jodie Foster.

The intruder demands to know why the much-hyped stock into which he sank his life savings mysteriously went south. As the crisis unfolds on screens across the world, the program’s resourceful producer (Julia Roberts) senses that things are not what they seem. And it soon becomes clear that the CEO of the failed company (Dominic West) has some explaining to do.

An allegory on the seductive power of the media as well as an indictment of Wall Street machinations and corporate greed, the film suffers from a predictable script and a frenetic pace that offers little time to flesh out characters or explore their back stories.