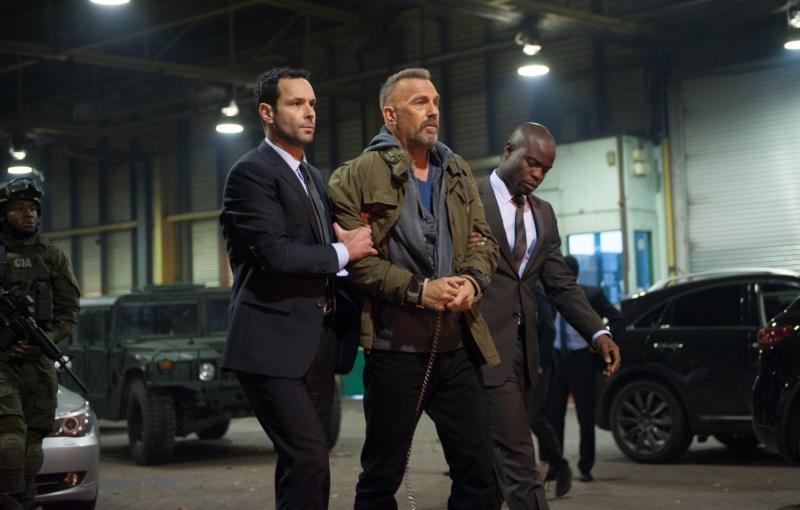 Hollow mind-swap yarn in which the memory of a CIA agent (Ryan Reynolds) who was killed while delivering ransom money is transferred into the brain of a sociopathic murderer (Kevin Costner).

As presented in Douglas Cook and David Weisberg’s script, the general idea appears to be that if a smart guy’s reasoning processes and store of ideas can be put into someone with no empathy, and therefore no fear, the intelligence overlords can prevail. In the short term, this means thwarting a hacker (Michael Pitt) who has broken into enough of the military’s computerized systems to launch a nuclear salvo, if the mood strikes him.

Director Ariel Vromen’s tepid thriller hovers tediously within a moral vacuum of its own making. Much bloody violence, including scenes of torture, frequent rough language.