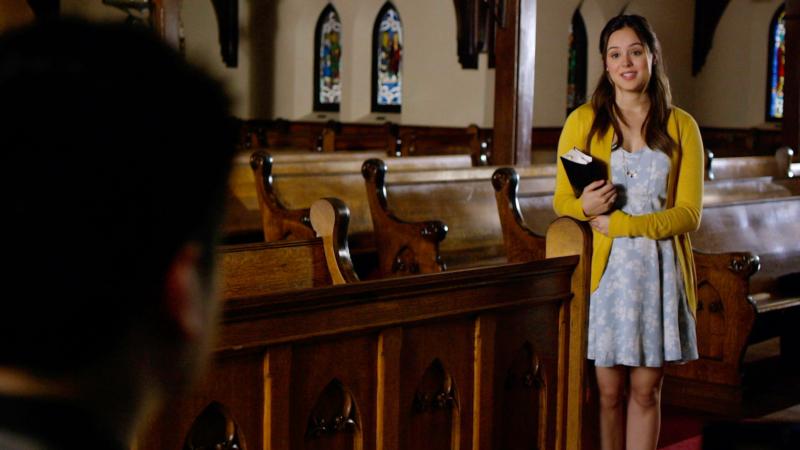 Hayley Orrantia stars in a scene from the movie "God's Not Dead 2." The Catholic News Service classification is A-II -- adults and adolescents. (CNS/Pure Flix)

Flawed religious drama in which a history teacher (Melissa Joan Hart) at a public high school, who is also a committed evangelical believer, gets in hot water for quoting the New Testament in class.

With her job on the line, she heads into a court battle backed by an untried but good-hearted lawyer (Jesse Metcalfe) and with the emotional and spiritual support of her kindly grandfather (Pat Boone). Leading the charge against her is a serpentine attorney (Ray Wise) for the American Civil Liberties Union.

While the legal debate showcases the evidence for the historical existence of Jesus, the very real threats to religious freedom in contemporary society are blurred by a fictional premise that feels implausible. This gives rise to an off-key tone throughout director Harold Cronk’s follow-up to his 2014 original.

Though appropriate for most moviegoers, the film also suffers from a pervasive sense of victimhood and sometimes painful sentimentality. Mature themes, an instance of harsh parental violence. The Catholic News Service classification is A-II — adults and adolescents. The Motion Picture Association of America rating is PG — parental guidance suggested. Some material may not be suitable for children.