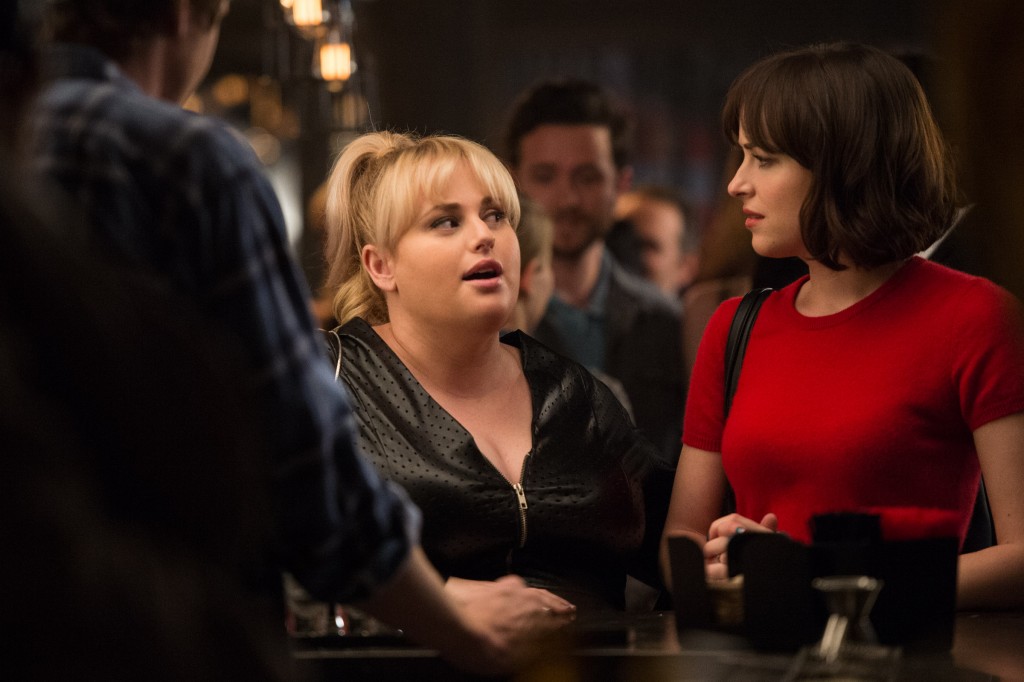 Rebel Wilson and Dakota Johnston star in a scene from the movie "How to Be Single." The Catholic News Service classification is O -- morally offensive. (CNS/Warner Bros.)

A discordant moral snag mars this otherwise appealing, if slightly raunchy, romantic comedy about characters (Dakota Johnson, Leslie Mann and Alison Brie, among others) testing their capacity to settle into monogamous relationships and genuine adulthood.