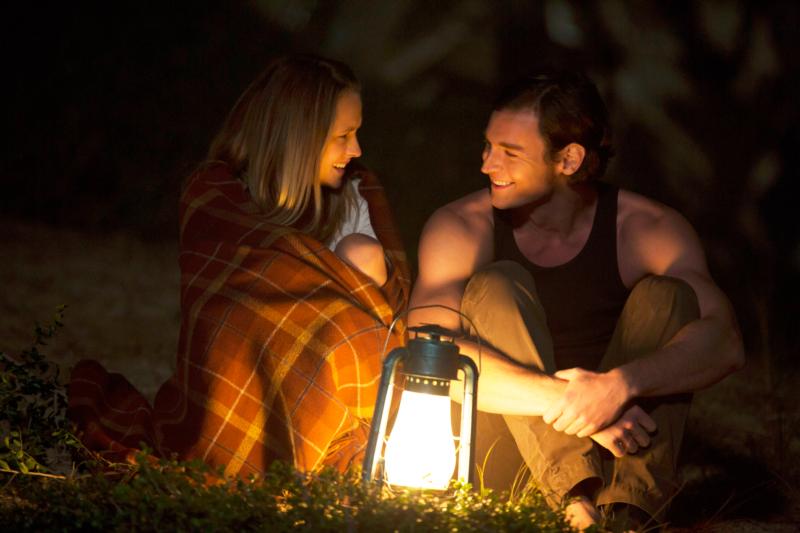 Teresa Palmer and Ben Walker star in a scene from the movie "The Choice." The Catholic News Service classification is A-III -- adults. (CNS photo/Lionsgate)

This agreeably picturesque love story features likable characters who briefly consider the morality of at least some of their decisions. But it’s so intractably bland, as it strains not to offend, that its plot points lack all emotional tug.

Director Ross Katz and screenwriter Bryan Sipe, adapting the 2007 novel by Catholic author Nicholas Sparks, have a veterinarian (Benjamin Walker) and a hospital internist (Teresa Palmer) falling for each other after a series of miscues, then facing a tough decision about medical care — albeit not one that poses any danger of violating Catholic norms.