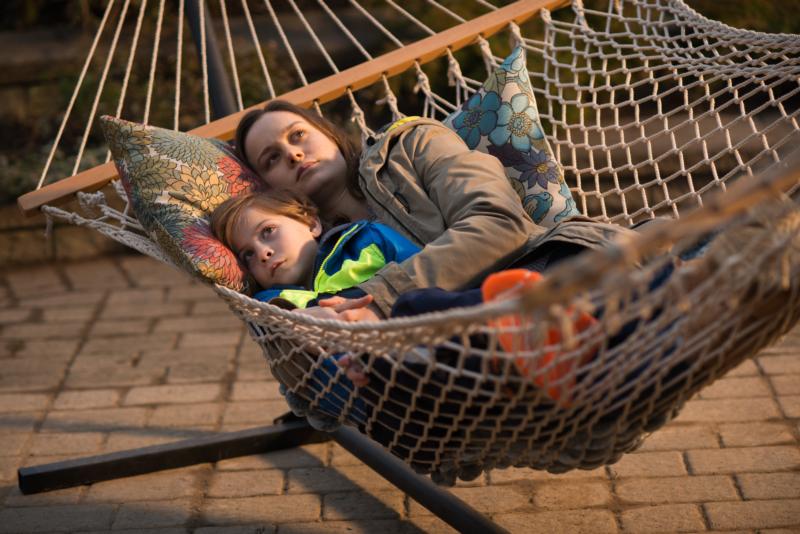 Jacob Tremblay and Brie Larson star in a scene from the movie "Room." The Catholic News Service classification is A-III -- adults. (CNS photo/courtesy A24)

Poignant study of the love between a mother (Brie Larson) and her 5-year-old son (Jacob Tremblay) both of whom are held captive in a backyard shed by a sexual predator (Sean Bridgers) who kidnapped the young woman and fathered the boy. Born and raised within this confined space, the lad is confused by tales of the outside world but must rally his courage when an opportunity for escape presents itself.

In adapting her own 2010 novel, screenwriter Emma Donoghue successfully renders everyday life as an alien environment for her bewildered protagonist, who also narrates, while subtly examining human adaptability, the power of imagination and the ironies underlying what appears on the surface to be an all-too-straightforward situation. Viewers of faith will particularly appreciate the biblical overtones of director Lenny Abrahamson’s somber but ultimately hopeful parable, the moral impact of which may make it acceptable for some mature adolescents.