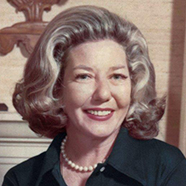 DANVILLE — Presence United Samaritans Medical Center has received a planned gift of $3 million from Julius W. Hegeler II that not only honors his late wife, but will help cancer patients for years to come.

The largest individual contribution in the medical center’s history, the donation will go to the PUSMC Cancer Center, which will be renamed the Bobette Steely Hegeler Cancer Center in a special ceremony planned for Saturday, Aug. 15.

“We are humbled by the faith and trust he has shown in our mission and are honored to place the name of his beloved wife on the Cancer Center,” said Dr. Jared Rogers, regional president and CEO of Presence United Samaritans and Presence Covenant Medical Center in Urbana. “Bobette was an extremely accomplished, active and engaged member of our community, and it is fitting that we will be hosting a tribute celebration on the date which would have been her 90th birthday.”

Mrs. Hegeler was a native of Danville and graduate of Danville High School. She attended William and Mary College in Virginia, and got involved in many civic groups when she returned to central Illinois.

The Hegelers were married for 19 years and raised three children. She died in 1976.

A member of the PUSMC Foundation board for 10 years, Mr. Hegeler has stepped forward with lead gifts for many projects, according to Jim Anderson, vice president of the foundation. Among them were the Women’s Health Center and the total renovation of the Cancer Center.

“Individually and through his foundation, the Julius W. Hegeler II Foundation, he ranks at the top of our donor wall,” Anderson said.

He noted that Mr. Hegeler’s $3 million planned gift will be “truly transformational in its impact on the delivery of exceptional cancer care to those we are privileged to serve.”

“While Julius has been extraordinarily generous to the hospital and the community over the years, this tribute gift makes a lasting statement about his love for his community and for Bobette,” Anderson said. “We are deeply honored and very appreciative.”