St. Elizabeth, Washburn, will be merged into Metamora parish 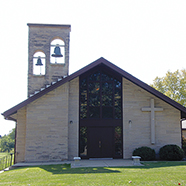 WASHBURN — St. Elizabeth Parish, a 147-year-old faith community in this village on the border of Woodford and Marshall counties, will be merged into St. Mary Parish, Metamora, effective on Wednesday, July 15.

A parish merger decree was signed on June 18 by Bishop Daniel R. Jenky, CSC. The decision followed the lengthy, diocese-wide “Growing in Faith Together” consultative process begun in 2010 and the unanimous recommendation of the Presbyteral Council this May 12.

Members of St. Elizabeth have been invited to an evening of prayer and discussion at the church with Father Greg Jozefiak, newly appointed pastor, and the parish trustees on Wednesday, July 8. The evening begins with the rosary at 6:30 p.m.

In a letter mailed last week to members of both St. Elizabeth and St. Mary parishes, Father Jozefiak acknowledged that the transition is “painful and difficult” for parish leaders and many of the four dozen registered St. Elizabeth households.

He emphasized that the merger does not mean that the church building will be closed. Plans call for the church, dedicated in 1960, to host Masses on a limited schedule on Saturday evenings, and also be available for special occasions such as baptisms, weddings and funerals.

The June 18 decree, published in the bulletins of both parishes, lists several reasons for the merger, including geographic closeness (the churches are about 10 miles apart), that the parishes have been linked for many years and served by the same pastor, financial concerns, and that the two faith communities would be better served by a unified apostolate.

In recent years, St. Elizabeth has hosted one weekend Mass — at 6 p.m. on Saturday — and that has not been celebrated since former pastor Father Ron Dodd took ill shortly after last Christmas.

Father Jozefiak said the possibility of a shuttle service is being explored for any Washburn parishioners who would have difficulty attending Mass in Metamora.

FRANCISCANS AND FIRES
St. Elizabeth was established as a mission of St. Mary, Metamora, in 1878 and a frame church was dedicated four years later. Franciscan Capuchins had care of both parishes until 1894, when the Franciscan Friars Minor of the Cincinnati Province began what would be nearly a century of service in Metamora and Washburn.

Lightning destroyed the belfry of St. Elizabeth Church in 1946, and a fire on Dec. 17, 1958, gutted the church, resulting in a total loss. Father Conradin Burtschy, OFM, pastor at the time, suffered burns as he attempted to save the Blessed Sacrament.

A social center built in 1950 served as a temporary Mass site until the present St. Elizabeth Church at 411 E. Parkside Drive was dedicated by Bishop John B. Franz on Oct. 23, 1960. The parish property also included a Grotto to Our Lady of Lourdes built by the men of the parish in 1959.

The church sanctuary was renovated prior to the celebration of the parish centennial in 1978. St. Elizabeth and St. Mary parishes were returned to the care of diocesan priests in 2001.