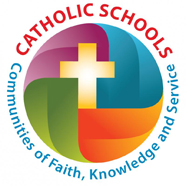 While total enrollment in Catholic schools around the Diocese of Peoria has declined by 1.3 percent from last year — from 11,221 to 11,079 — nearly half the schools are reporting increases.

“The bright spot for the diocese has been Region 3,” said Jerry Sanderson, associate superintendent of schools. “Region 3 is the Illinois Valley area — Ottawa, LaSalle, Streator and Pontiac. . . . It’s the only geographic region of our diocese that has shown growth as a region for three consecutive years.”

He noted that Peru Catholic School has grown by 50 students in that time — an increase of 32 percent. Trinity Catholic Academy in LaSalle has added 14 in the past two years, and St. Mary School in Pontiac has welcomed 22 students this year, for a 14 percent increase.

Of the 19 elementary schools that showed increases, Sanderson also singled out:

Sanderson added that the last five years have been good to Our Lady of Grace Catholic Academy in East Moline, which has increased enrollment by 32 students (21 percent), and Immaculate Conception School in Monmouth, which has grown by 31 students (22 percent).

GROWTH OF PRESCHOOLS
“We had good news for several high schools, too,” Sanderson told The Catholic Post. “The High School of Saint Thomas More in Champaign, our new Blue Ribbon School, has increased enrollment by 16 students this year. The community is very excited about the direction that school is going, especially with its strong academic program.”

Also generating “a lot of enthusiasm and excitement” in its community is St. Bede Academy in Peru. Sanderson said St. Bede’s “bold plans for the future” and what they want to do with the campus, as well as their boarding program have helped enrollment grow by 30 students over two years.

“That’s where we want to see the growth, in the youngest children, because that bodes well for our future,” he said.

Looking at enrollment trends in public schools as well as Catholic schools in central Illinois showed another reason to be hopeful, according to Sanderson.

“The good news is that the students are still out there. It’s not a case of rapid population decline in the counties of our diocese,” he explained.

With the research the Office of Catholic Schools has done as part of the “Faith in Our Future” initiative and its focus on enrollment management, student recruitment, marketing, and retention, “we feel we have a great opportunity to get those students back into our schools,” Sanderson said.