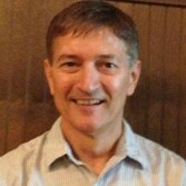 Photo Caption: Father Joseph Morris started to memorize the entire Gospel of Mark in 2002 when he was recuperating from two surgeries to repair a broken leg.

PERU — In the days before Scripture was written down, it was relayed to the community by gifted storytellers who used word of mouth alone. People will get a taste of that tradition when Father Joseph Morris presents “Mark’s Gospel LIVE” on Friday, April 11, at St. Bede Abbey Church.

Everyone is welcome to attend the presentation, which will begin at 7 p.m. Students at St. Bede Academy will be treated to a one-hour presentation earlier in the day, according to Father Ronald Margherio, OSB, chaplain.

He said on any given Sunday people get a few verses of Scripture during Mass, but in the days before people could read they really had to listen to the Word of God and then hold on to what they heard. To preserve that, Father Morris has asked that no one bring a Bible to the presentation.

“He doesn’t want people to follow along” and miss the message that is being proclaimed, Father Ronald said.

“Last year I took some kids over to Morris, to the church where I was assisting, for this presentation. We didn’t eat first — I didn’t know it was going to be two hours long,” he told The Catholic Post. “At the break I asked them if they wanted to go and eat or stay, thinking they would want to have dinner. They wanted to stay.”

Father Ronald said that as he watched Father Morris proclaim the entire Gospel of Mark from memory, using only a few props, he was humbled.
“I sat there the whole time thinking, ‘I can’t even remember the whole Gettysburg Address anymore,'” he said, with a laugh.

INTERNATIONAL AUDIENCE
Father Morris was brought up in northeast Florida and graduated from the University of North Florida with a degree in English in 1985. He taught in public schools and was a welfare caseworker for Catholic Charities and the City of Jacksonville for a time, and it was his experience with Catholic Charities that led him to the priesthood.

He was ordained for the Archdiocese of Atlanta in 1996. Information on his website, gospelofmark.us, notes that he created an ensemble performance of the Gospel of Mark with other actors at his first parish.

It was while he was recuperating from two surgeries to repair a broken leg that Father Morris started to memorize the entire Gospel. He was still hobbling when the first performances of “Mark’s Gospel LIVE” took place in 2002.

Since then he has given hundreds of performances throughout the United States, Canada and the United Kingdom.

There is no charge to attend “Mark’s Gospel LIVE” at St. Bede Abbey Church, but a free-will offering will be received. Father Ronald said Father Morris donates what he receives to charity.

“This is a great Lenten thing,” Father Ronald said.