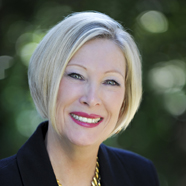 Photo Caption: Johnette Benkovic will speak at the Diocesan Conference for the Widowed and Divorced June 16 at the Spalding Pastoral Center in Peoria.

Catholic media personality and author Johnnette Benkovic will be the featured speaker at a Diocesan Conference for the Widowed and Divorced on June 16 that will also include a dozen workshops on topics of interest to anyone that has lost a spouse through death and divorce.

The conference, hosted by the Widowed and Divorced Diocesan Advisory Board, opens with registration and continental breakfast at 9 a.m. at the Spalding Pastoral Center in Peoria. It will close with a 4 p.m. Mass at St. Mary’s Cathedral.

She has been a consistent presence on Catholic radio and television since the late 1980s. She is currently executive producer of the “Women of Grace” television program, aired on EWTN Monday through Friday, and host of “Women of Grace Live,” a one hour call-in radio talk show that airs five times a week.

Benkovic is founder and president of Living His Life Abundantly International, Inc., a Catholic evangelization apostolate with outreaches in television, radio, print, and Internet communications.

WORKSHOP PRESENTERS
Other scheduled workshops and presenters include:

“Grieving — Divorced” by Carolyn Tiger, a therapist for more than 20 years, including five years with Catholic Charities.

“Catholic Divorce Survival Guide — Introduction” introducing a new weekly DVD program and how to bring it to your area. The session will be facilitated by Becky Vannatta, who as a member of the Diocesan Widowed and Divorced Advisoy Board was instrumental in bringing to production Bishop Jenky’s “A Message for the Divorced” DVD.

“Annulments,” by Sister Marianne Burkhard, OSB, judge and director of the Tribunal of the Diocese of Peoria.

“Fitting the Financial Pieces Back Together” by Brian Osmulski, an agent with Country Financial.

“Keys to Running a Support Group” by Carolyn Tiger.

“Prayer Got Me Through!” by Father Ronald Dodd, pastor of St. Paul’s Parish in Odell and a widower who was married for 20 years. He responded to a call to the priesthood after his wife’s death and was ordained in 2005.

“What’s My Role in the Church?” by Carolyn Tiger.

“Helping Parents and Kids Cope with Loss” by Dr. Anthony Perino, who recently retired after more than 40 years as a licensed clinical psychologist, and

“Is It OK to be Mad at God?” by Father Michael Driscoll, a chaplain at OSF Saint Francis Medical Center and a licensed counselor.

Brief descriptions of the workshops are available online at cdop.org under the menu title “Events/Event Flyers.”

Registration forms are also available by calling the Diocesan Office of Family Life at (309) 671-1550. Registration is due by June 1.

Cost is $40 per person, including meals and materials. Financial assistance is available.

Adoration of the Blessed Sacrament will be available throughout the day, and the sacrament of reconciliation will be offered at lunch and before Mass.