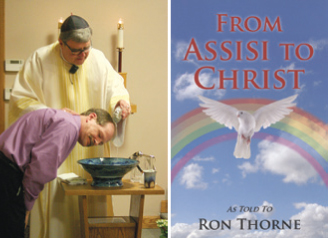 What started as a conversation between two men — one of them searching for answers — during a Cursillo weekend in June 2012 is now a book about conversion and healing called “From Assisi to Christ.” Steve Wagner of Roanoke is the man who made that journey, which is recounted in detail by Ron Thorne […]