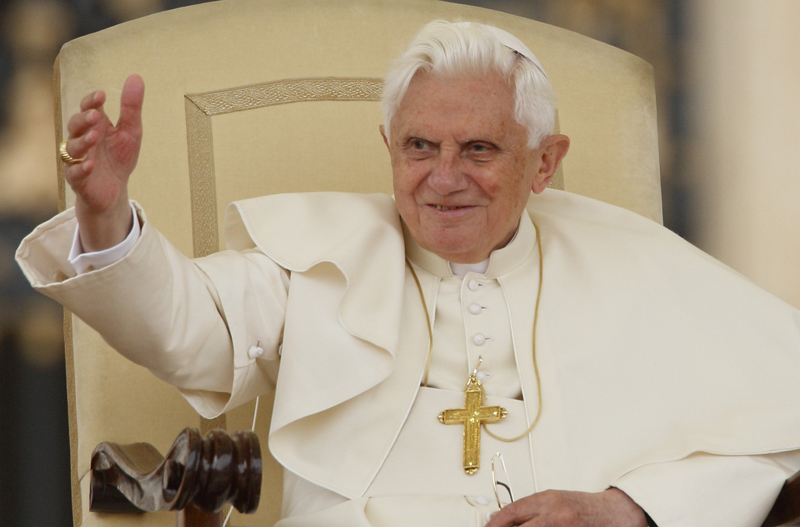 VATICAN CITY (CNS) — Retired Pope Benedict XVI, who had an impressive record as a teacher and defender of the basics of Catholic faith, is likely to go down in history books as the first pope in almost 600 years to resign. He died Dec. 31 at the age of 95, nearly 10 years after […]

Weiss retiring as superintendent of schools, but says God isn’t done with her 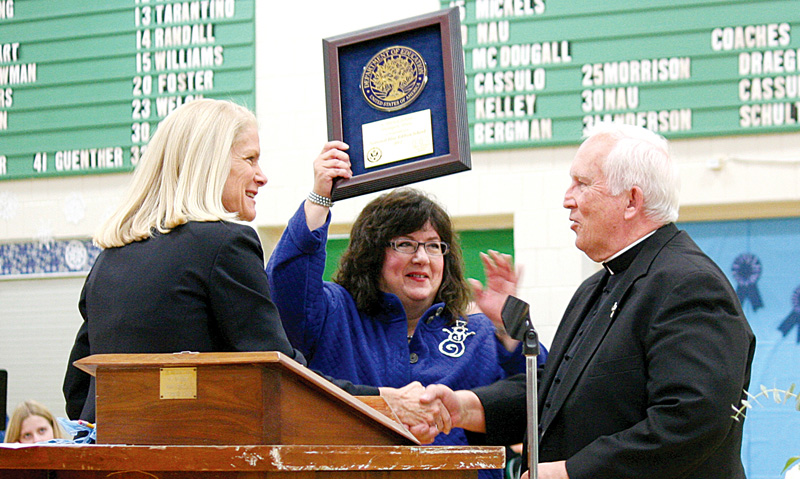 In this file photo from 2012, Dr. Sharon Weiss, then principal of St. Patrick School in Washington, holds up the plaque designating St. Patrick as a National Blue Ribbon School. With her are Dr. Maureen Dowling of the U.S. Department of Education, and Msgr. John Prendergast, the pastor at that time. (The Catholic Post/Jennifer Willems)

Retirement will take some getting used to, but Dr. Sharon Weiss, superintendent of Catholic schools for the Diocese of Peoria, is ready to give it a go. While she had been making plans to bring her four decades in Catholic education to an end within the next two years, health issues moved up her timeline. […] 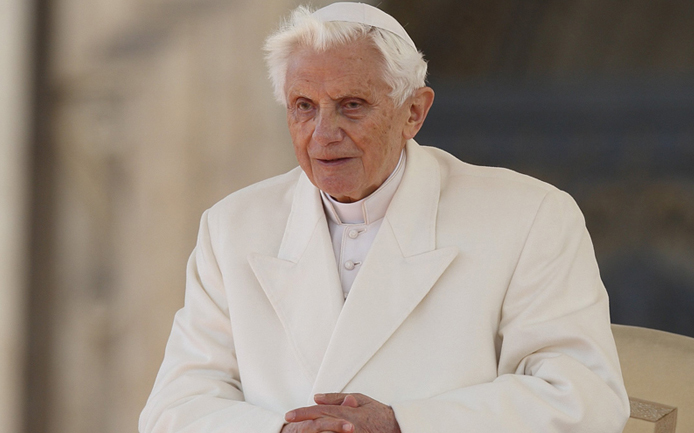 Pope Benedict XVI is pictured during his final general audience in St. Peter's Square at the Vatican in this Feb. 27, 2013, file photo. (CNS photo/Paul Haring)

VATICAN CITY (CNS) — The day after Pope Francis told people retired Pope Benedict was “very sick” and in need of prayers, the Vatican said he had had a restful night and described him as being in serious, but stable condition. “I would like to ask all of you for a special prayer for emeritus […] 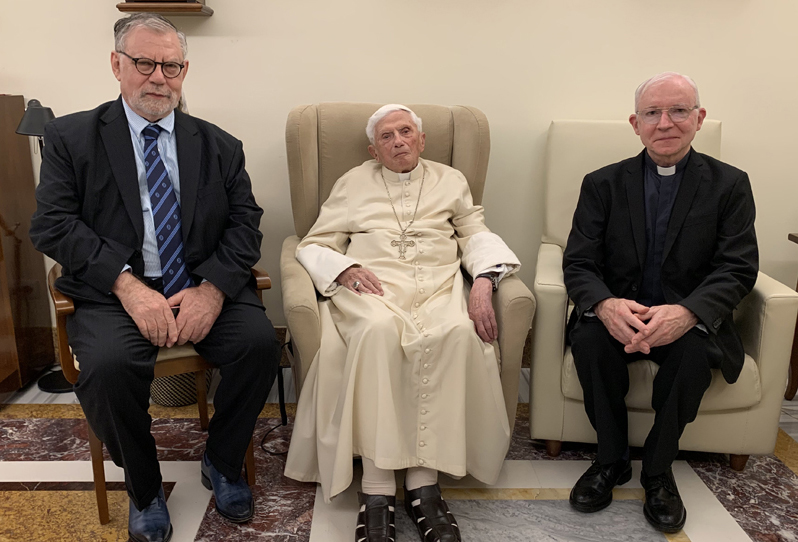 A Christmas message from Bishop Tylka: ‘Let the light of Christ shine forth!’ 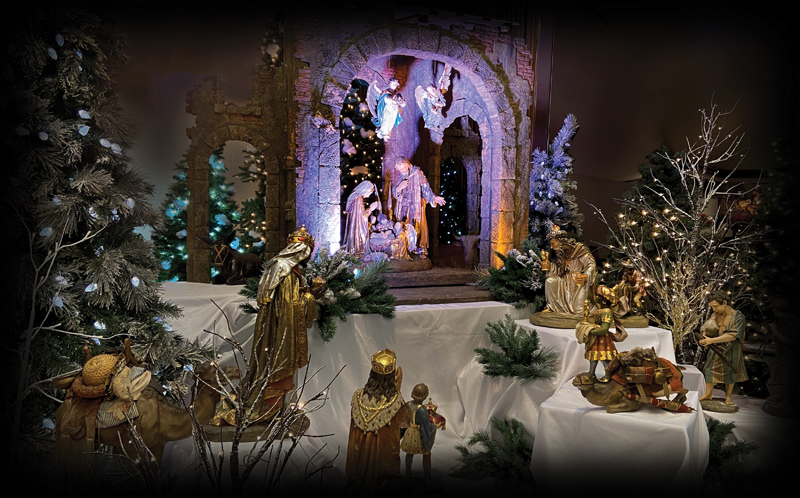 The Nativity scene from St. Mary’s Cathedral in Peoria was loaned to the Peoria Community Festival of Nativities for the first time this year, lighting up one corner of the room. It was one of more than 750 Nativities displayed for the seventh annual show, which was hosted by the Church of Jesus Christ of Latter-day Saints and had as its theme “The Prince of Peace.” Among the sponsors were Holy Family Church and St. Vincent de Paul Church, both in Peoria. The Sisters of St. Francis of the Immaculate Conception in West Peoria also loaned their collection of Rolan Johnson’s artwork again this year. (The Catholic Post/Jennifer Willems and Shannon Reznik)

The sights and sounds of the season surround us. We are filled with joy as we celebrate the “Good News” of the Savior’s birth. Throughout the Sacred Scriptures, we see time and again prophets such as Isaiah foretelling the coming of the Messiah. Often in poetic yet stark images, the prophecy portrayed God’s desire for […] 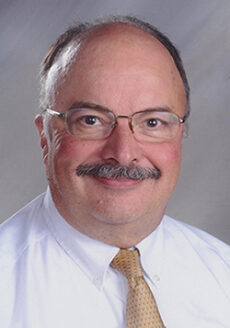 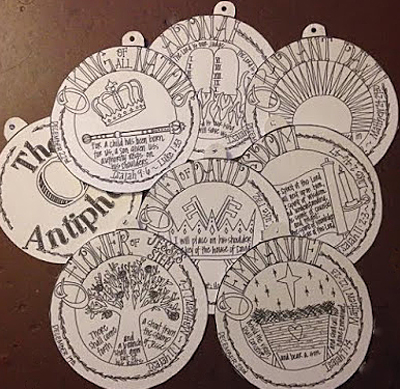 There are a number of ways families can use Katie Bogner's illustrations of the O Antiphons. Here, they are cut out and can be colored to hang as ornaments on the tree. To find and download them, go to her blog, looktohimandberadiant.com and search for O Antiphons. (Provided graphic/Katie Bogner)

In the days to come families will be getting together for good food and good conversation. Catechist Katie Bogner said it wouldn’t take much to invite Jesus to the festivities and get to know him through the O Antiphons. “The O Antiphons pop to mind because they’re specifically prayed and celebrated in that last week […]

Kim Padan: Even as we wait for Jesus, he longs for and remains present to us

EDITOR’S NOTE: The following column was part of the “Christmas Greetings” pages published in the Dec. 18, 2022, issue of The Catholic Post. “King of kings, yet born of Mary, as of old on earth he stood, Lord of lords in human vesture, in the Body and the Blood He will give to all the […]

Paul Moore: ‘Dying of gratitude’ is better than living as a Gloomy Gus

In My Father’s House l Paul Moore This column is dated. I started writing it on Thanksgiving Day, immediately after our parish priest’s Thanksgiving Day Mass homily. There was a line in his homily that struck me at the time and has stuck with me ever since. First, Father set the stage, talking about how gratitude is […]