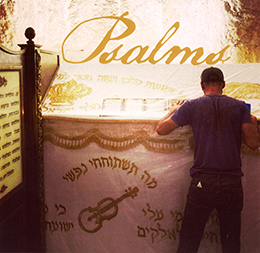 Many of the words are familiar. 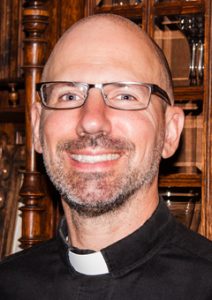 If today you hear his voice, harden not your hearts . . .

But the accompanying music is fresh, composed and arranged by Father Charles Klamut and now being shared through his new CD, “Psalms.”

“I believe the record is a soundtrack of my soul and it’s my small way of honoring God and these wonderful, ancient prayer poems which have been like faithful friends to me over so many years of my life as a priest,” said Father Klamut, pastor of St. Anthony Parish in Bartonville.

“Psalms” is Father Klamut’s fifth solo music CD. It is set for release during an evening concert on Thursday, Oct. 27, under the pavilion at St. Anthony Church, 2525 S. Skyway Road in Bartonville. After Father Klamut performs songs from the new CD, guests are invited to stay for a bonfire with s’mores, hot cider, and a sing-along. 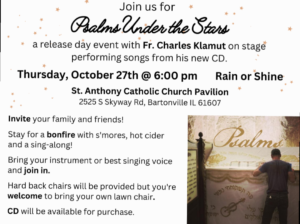 The concert, called “Psalms Under the Stars,” begins at 6 p.m.

“I just want the music to glorify God and bless listeners,” Father Klamut told The Catholic Post. “I’m no Paul McCartney or Mozart. I’m just a working pastor trying to steward well all my modest gifts and bless others with them in some small way.”

Most of “Psalms” was recorded in the sitting room of St. Anthony’s rectory using Father Klamut’s 16-track home studio set-up he has utilized for 20 years. In addition to supplying most of the vocals, Father Klamut also plays guitar and keyboard.

Also contributing their musical talents are Christian Ramirez on percussion — including the glockenspiel on the introduction to Psalm 8 — and Manny Lopez, a “Quad Cities jazz legend,” who has a trumpet solo during Psalm 137. Father Klamut’s interpretation of Psalm 137, with its lyric “By the rivers of Babylon we wept remembering Zion,” is a duet featuring Courtney (Stice) Woeber, who has lent her vocal harmonies to his past projects. Father Klamut presided at Courtney’s wedding in May.

Psalm 42 is unique in the collection because it was composed as a Responsorial Psalm intended for liturgical use with its refrain of “As the deer longs for the running stream Lord, so my soul longs for you.” Local composer and horn player Mark Filip orchestrated a choral arrangement that will be featured during a concert by the St. Anthony Camerata Chorale Ecumenical Festival Choir at St. Mark Church in Peoria at 3 p.m. on Sunday, Nov. 6.

Some of the melodies on “Psalms,” Father Klamut says, were “heard in my sleep and recorded upon waking.” But he was in a dry spell writing lyrics. One day in prayer, he had the idea to put words of psalms to his melodies. The first he tried was Psalm 63, and “it turned out to be a perfect fit.”

Others followed, and “it was like the pieces of the puzzle began clicking together perfectly.” While Father Klamut took a few liberties with the ancient texts, he tried to stay “as faithful as possible.”

“The project took my appreciation and love of all these psalms to new levels,” said Father Klamut.

Selections from “Psalms” may be sampled and links to major streaming and purchase platforms found at charlesklamut.hearnow.com. A limited number of CDs have been pressed and will be available at the release concert and later at Lagron-Miller, as well as from the parish office at St. Anthony and the welcome center in the church vestibule.

EDITOR’S NOTE: Father Klamut also served as the chaplain and speaker for “Enkindle,” a retreat for women artists led by columnist Lindsey Weishar. She devotes this month’s column to the artists from across the diocese who attended and their work.