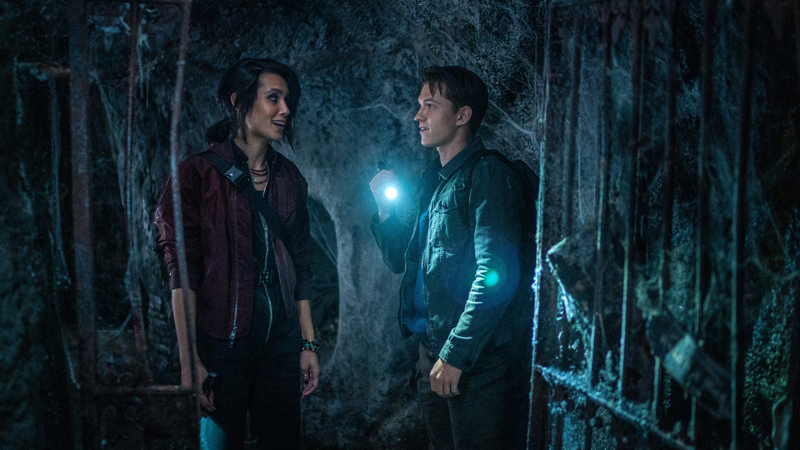 The younger (Tom Holland) of two orphaned brothers, having grown up to be a bartender and petty thief, is contacted by a mysterious adventurer (Mark Wahlberg) who claims to have known his long-lost sibling and, partly in hopes of reuniting with the latter, agrees to assist the stranger in his search for a cache of Spanish gold hidden during the Age of Exploration. They’re later joined, in their globetrotting pursuit, by a former associate of the freebooter (Sophia Ali) but the trio’s partnership is hampered by constant mutual mistrust and dogged by the opposition of a wicked mogul (Antonio Banderas) who, with the aid of a ruthless underling (Tati Gabrielle), is out to scoop up the booty for himself.

The importance of loyalty and the dangers of greed are the principal messages underlying this thin stringing together of stunts, which only hints at romance between the junior members of the triad. But the overall tone is off-key, as is the momentary implication that rich people deserve to be robbed.

Considerable stylized violence with minimal gore, a couple of uses of profanity, numerous milder oaths, frequent crude and some crass language. The Catholic News Service classification is A-III — adults. The Motion Picture Association rating is PG-13 — parents strongly cautioned. Some material may be inappropriate for children under 13.