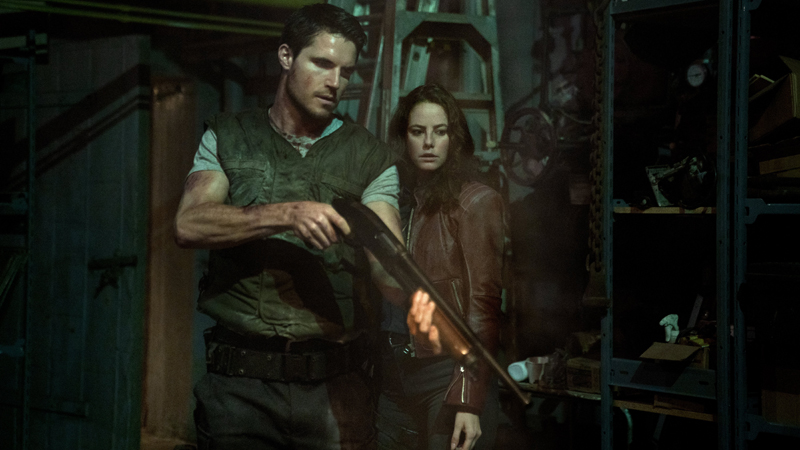 A corrupt corporation has poisoned the water supply of the titular factory town, transforming most of its inhabitants into flesh-eating zombies. Among their targets are a police officer (Robbie Amell), his estranged sister (Kaya Scodelario) and three of his colleagues (Hannah John-Kamen, Tom Hopper and Avan Jogia).

Writer-director Johannes Roberts’ reboot of the videogame-based franchise is a drab ordeal, and the initially somewhat-restrained bloodletting by which it’s characterized eventually turns into a foul flood.